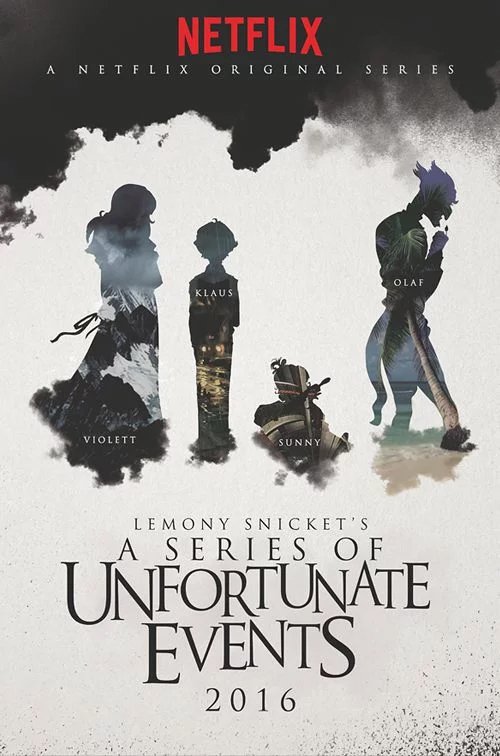 Lemony Snicket’s gothic-mystery children’s series, A Series of Unfortunate Events, has been a national bestseller since the series debut in 1999. For almost 20 years, fans followed the depressing plights of the three Baudelaire orphans as they attempt to solve the mystery of their parents’ death, uncover the secrets of the VFD and outsmart the evil count Olaf from stealing their fortune.

Since the books were such a massive hit (and with the financial success of the Harry Potter film adaptations) it stood to reason that A Series of Unfortunate Events would receive a film adaptation as well. In 2004, Nickelodeon Movies released a film adaption starring Jim Carrey that combined the first three books of the A Series of Unfortunate Events franchise. Unfortunately, the film wasn’t as great as fans hoped and the film series was never completed. Thankfully, Netflix produced their own series which released Jan. 13, 2017 (on Friday the 13th as a nod to the final book’s release in 2006) but the question remained as to whether or not this new series would finally be the adaptation fans have been hoping for.

The thing to note in Netflix’s eight-episode first season is that it combines the first four books of A Series of Unfortunate Events in a way that the fans initially wanted; each book receiving its own movie (about an hour and a half each). The problem here is that while at least the series isn’t skimming over anything like the film did, I can understand why the film version tried to cram three books in. None of the books in the A Series of Unfortunate Events franchise are very long or detailed enough to each warrant a film adaptation and that’s what throws the pacing of the Netflix series off. There’s a lot of filler in the episodes, and sometimes it’s great because we finally get to know more about the VFD organization but most of the time, you can tell they’re just trying to fill up time and scenes drag on a little too long. This is especially apparent in part two of the “Reptile Room” when the adults are looking for the Incredible Deadly Viper and they just keep talking and talking without having much of a point. 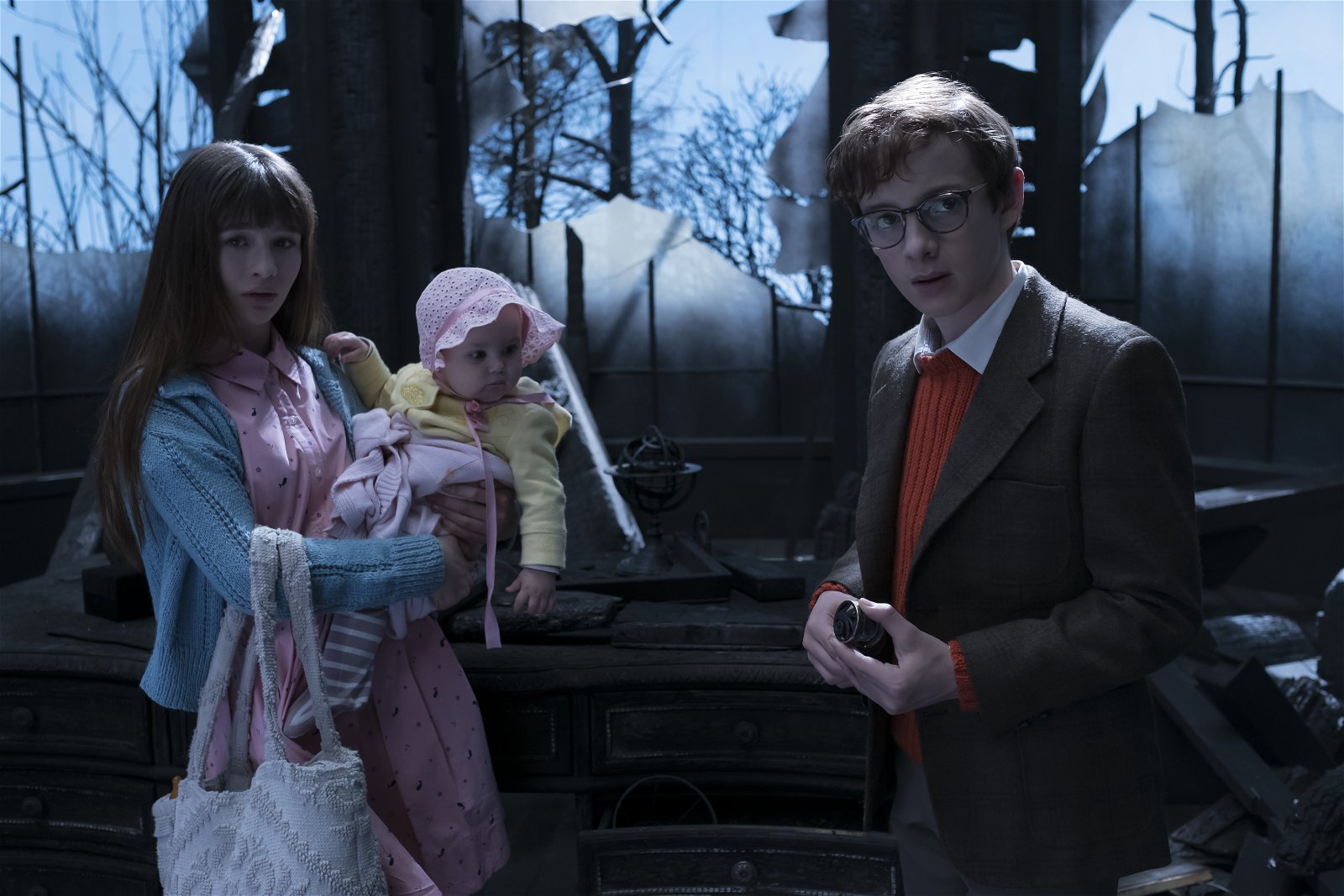 Something everyone will notice is that the overall tone and cinematography may be a bit off-putting (a phrase meaning something unpleasant, disconcerting or repellent). As someone who’s read the books; the Netflix show gets it pretty close. The series has just the right amount of surrealism and charm with the on-purposely awkward CGI, timeless setting and practical effects. A Series of Unfortunate Events is shot like a play with constant sideways shots like an audience looking at a stage. Yet, it’s off-putting if you’ve never read the books before because everything can look award and cheap. You can tell the cast are on sets and nothing really appears real, even though that’s the point. My only real complaint about Netflix’s version is that the tone is a tad too bright with enhanced and warm colours. The tone of the film was much darker and more gothic which I think gets the overall setting of the books better since they’re supposed to be more depressing.

The cast, for the most part, is fantastic. I was a little sceptical at first of having Patrick Warburton as Lemony Snicket and Neil Patrick Harris as Olaf but as the first season went on, my fears subsided as these two relaxed into their roles. Warburton narrates every episode and interacts with the scenery while also having his own story. Lemony Snicket was constantly on the run from his enemies as he investigated the mysteries of the books and watching Warburton calmly escaping situations, narrate the story and give definitions with his dead-pan monotone voice is hilarious. Sometimes it can be a bit too much (especially in “The Bad Beginning”) but past the first episode they tone him down, and he becomes part of the background that you enjoy seeing. I didn’t really warm to NPH as quickly though, and that’s mostly because I have a soft spot for Carrey’s Olaf despite the fact that he was way too ridiculous and chewed the scenery to pieces. NPH definitely captures the book Olaf better with his demeanour and overall attitude, but he seems to be trying to do a hybrid of the book and Carrey which comes off a little awkward at times. There’s a scene in the “Miserable Mill” when he’s trying to convince the mill owner to give him the children (he’s dressed as a woman for this), and he’s going off on this “woe is me, I am a lonely spinster” bit and you can tell he’s not trying to over-act but while completely overacting. It comes across as awkward.

For the rest of the adults, it’s a hit and miss but not majorly so. K. Todd Freeman is a wonderfully infuriating Mr. Poe, but I found myself wanting to slap him constantly since they made this version of Poe come off as more of a jerk. Aasif Mandvi as Uncle Monty really blends into his role, and has a lot of fun being the genius adventurer. Alfre Woodard as Aunt Josephine wasn’t an awful choice, but it’s incredibly difficult to compare anyone to the glorious Meryl Streep since you could put that woman in anything and she’s amazing. Woodard comes off as way too strong of a woman to play an insane coward. Josephine is supposed to be a character that you couldn’t believe was fierce and formidable, but Woodard makes it believable. Joan Cusack plays a heartbreakingly wonderful and hilarious Justice Strauss, but I think the series would have worked better if Cusack and Woodward has switched roles since Cusack has more facially expressive range and Woodard could use her strong demeanour as a confident judge. Not to mention Olaf’s theatre troop are all sorts of fun, especially the two old ladies. I never grew bored seeing those characters on screen. 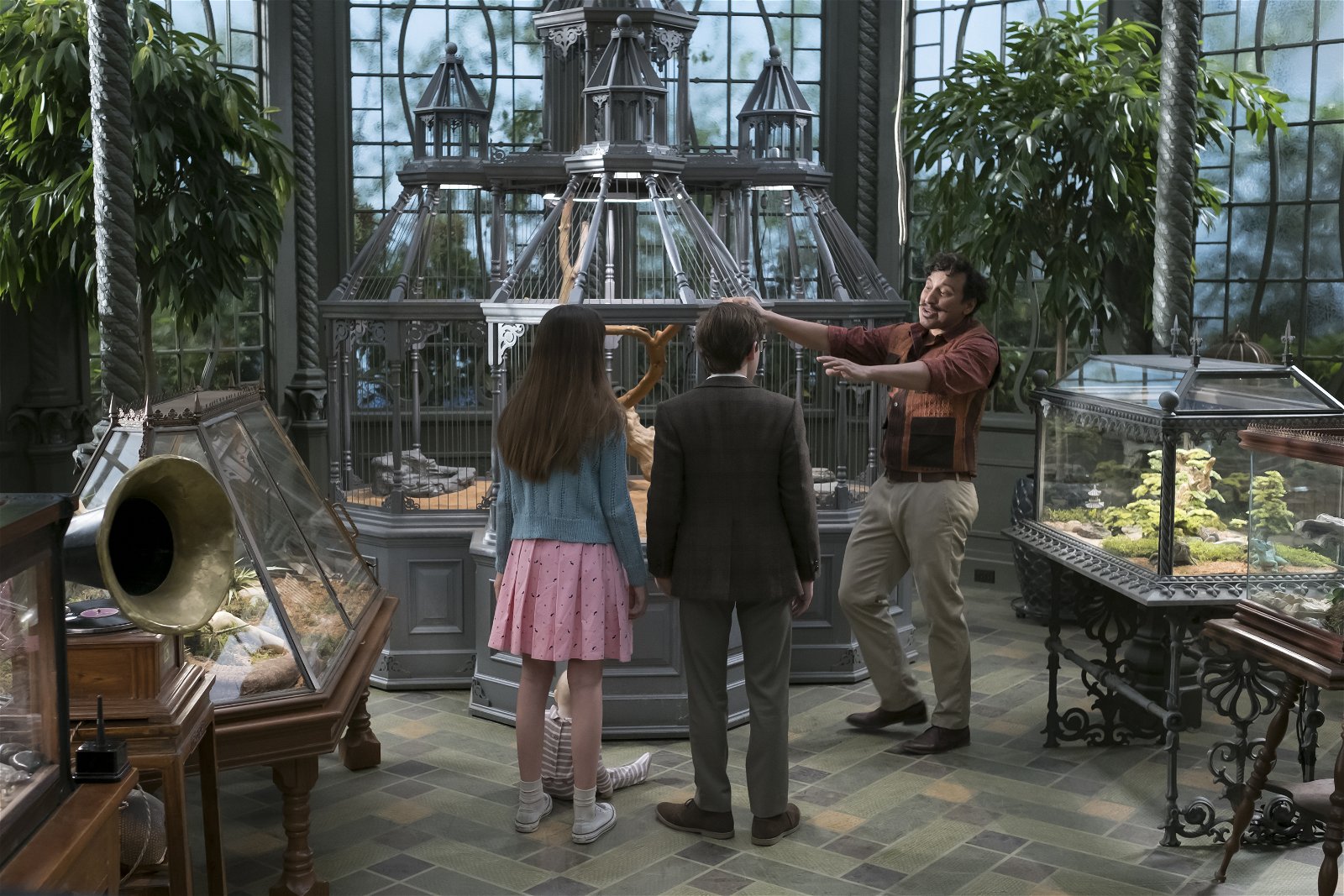 As for the Baudelaire siblings, the general consensus on message boards seem to be that the film versions were better but I highly disagree. The film versions seemed too bland and stoic, but Netflix’s Baudelaires are more than one dimensional. They still have their quirks and skills like Violet being a mini engineer, and Klaus a walking encyclopedia and Sunny being Sunny, but they actually seem like real kids this time. They smile once in a while and the chemistry is really strong, especially when Klaus gets hypnotised in the “Miserable Mill” and Violet is terrified for him. I can believe these are real siblings and that actually love and care for each other.

Despite some awkward acting moments and scenes that drag on, Netflix’s A Series of Unfortunate Events is the series fans have wanted and deserve. Netflix really seems to be making up for the movie’s sins. The TV show encompasses all the charm, wit, humour and creativity the books had and I can’t wait to see how season two follows the Baudelaires and their journey through their dystopian world of ignorant adults.