Video game icon Ubisoft, known for the Assassin’s Creed and Far Cry games, are opening a new office in Winnipeg.

The French video game company confirmed today, in an interview with the CBC, that they are in fact opening a new office in Canada. There are currently over 30 operating studios in 18 countries including offices in other Canadian cities like Toronto, Montreal, Quebec City and Halifax.

Ubisoft plans on investing $35 million in Manitoba for the new studio and their presence will create 100 new jobs over the next five years. “With its thriving local techno-creative industry and innovative university and college programs that combine creative arts, IT and computer science, Winnipeg is truly a hidden gem for talent in the video game industry,” said Darryl Long, a 15-year veteran at Ubisoft who will be managing director of the Winnipeg studio, in a news release.

On Ubisoft’s website, they claim to hold the largest development staff in the industry, employing more than 12,000 people. One of the companies larger operations is in Montreal, which employees more than 3,000.

It was only last month when the company announced that they were opening offices in Mumbai, India and Odessa, Ukraine. Ubisoft’s presence in Winnipeg gives the already major tech sector of Canada a major boost. In recent years, Winnipeg companies like Skip the Dishes, Bold Commerce, Farmers Edge and Invenia have brought attention to the fact that there is already a substantial technology pool present in the city.

Ubisoft was founded in the late 80’s and has since grown into one of the most recognizable gaming companies in the market. They have produced several groundbreaking titles like Assassin’s Creed, Far Cry and Rainbow Six Siege. 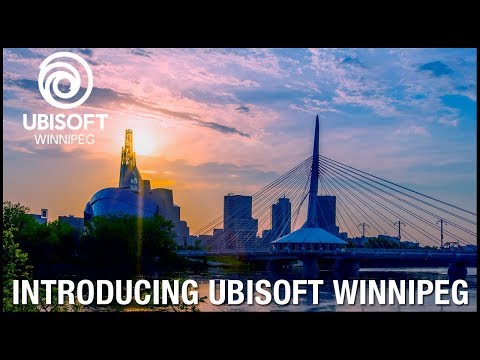 The most recent game to come from Ubisoft is the first person open world adventure game, Far Cry 5. The game broke several records the first week of sales, both in relation to the franchise and the company as a whole. Check out the full story here.

CGMagazine has reached out to Ubisoft for a comment and we will update the story as it progresses.

Liked this article and want to read more like it? Check out  Kenneth Shepard’s Far Cry 5 is Ubisoft’s Second-Best-Selling Launch Ever Behind the Division and Alex Handziuk’s Far Cry 3: Blood Dragon Director Leaves Ubisoft.