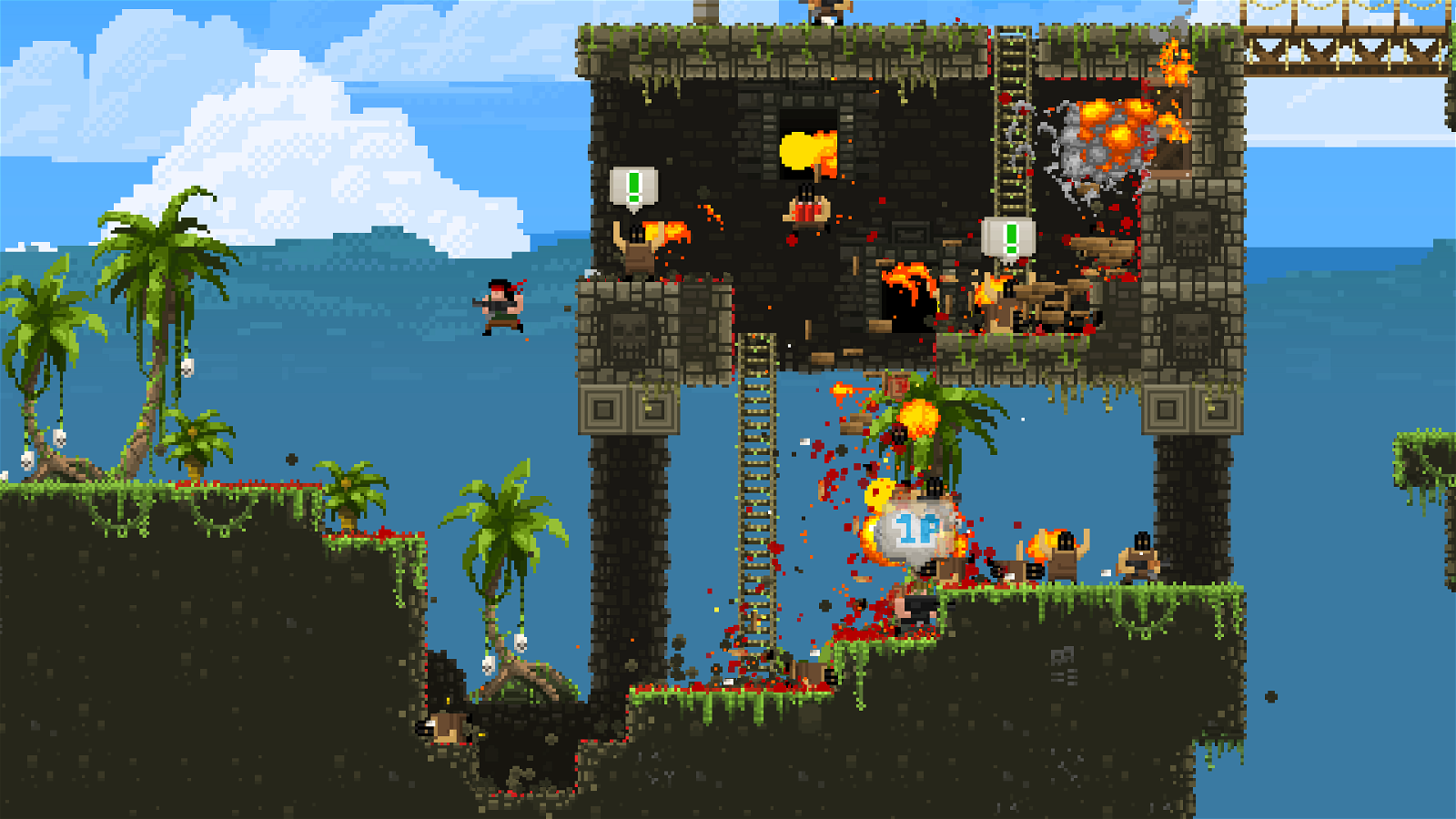 The latest update for Free Live’s Early Access game Broforce has arrived, and with it comes two new bros and a mech.

The first bro is the Bronaversal Soldier, a spoof of the movie Universal Soldier. His ability allows players to resurrect dead enemies and bros to help them out with extra firepower.

The other bro is Time Bro, a play on the movie Time Cop played by Jean-Claude Van Damme. As his name suggests, Time Bro can slow down time around him .

Mechs will be new enemies to fight. The “Mechanized Terror Units” have a massive amount of firepower and are tough to beat. Bros that do beat them can then get inside of them and destroy everything.

The update also adds improvements to online multiplayer, and some rebalancing to some bros, the helicopter boss, and Indiana Bros.

Broforce is now available on Steam via Early Access and the Humble Store, with the full version set to release later this summer.