Fans of Wolfenstein II: The New Colossus who are hungry for more pulpy Nazi killing fun can look forward to the just-released roadmap of all the planned downloadable content that will be coming to the title post-launch.

The upcoming DLC for the New Colossus will give players the opportunity to step into the shoes of three, brand-new characters in what is being called The Freedom Chronicles. The new content can be enjoyed both individually or packed together for those who have purchased the season pass for Wolfenstein II. 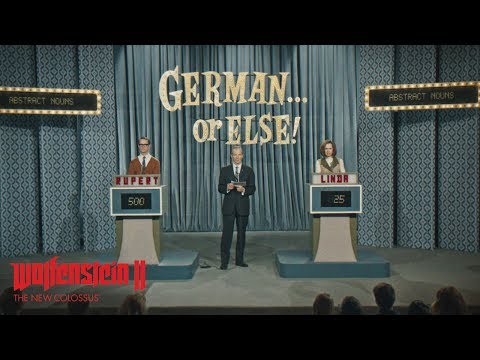 Starting things off is Episode Zero, players will assume the role of Joseph Stallion, Jessica Valliant and Gerald Wilkins as they fight through Nazis for freedom in the American Territories. Each character will pack a unique arsenal of guns to wreak havoc and play with. Episode Zero is available now for those who pre-ordered the game or purchased the season pass.

Next up is The Adventures of Gunslinger Joe, once again players will be able to play as Joseph Stallion in the ruins of Chicago and eventually even reach outer space, all the while fighting hordes of Nazi soldiers. This second downloadable episode will hit December 14.

January 30, 2018, will bring with it the release of the third downloadable episode titled The Diaries of Agent Silent Death. This downloadable episode stars ex-OSS agent and assassin Jessica Valliant. Players will infiltrate the Nazi bunkers in California and discover the secrets of Operation San Andreas.

The final downloadable episode titled The Amazing Deeds of Captain Wilkins will hit the market in March 2018. The episode follows US Army hero Captain Gerald Wilkins, who has embarked on a mission to Nazi-controlled Alaska to dismantle Operation Black Sun.

Wolfenstein II: The New Colossus released earlier this year in October. The Freedom Chronicles Season pass is available for purchase for $24.99 USD or $31.79 CAD.

In the meantime, check out Brendan Quinn’s review of Wolfenstein II: The New Colossus, here.

Liked this article and want to read more like it? Check out  Brendan Quinn’s interview with Wolfenstein II’s Jens Matthies and for those who just can’t get enough Nazi killing in their day are encouraged to check out our review of the latest Call of Duty.