For the first time in six years, WWE’s flagship series is headed to a Nintendo console.

It was confirmed today that WWE 2K18 will be available on the Nintendo Switch when it releases this year. The game was previously rumored to be releasing on the Nintendo platform after Nintendo news site Gonintendo spotted an Australian retail chain listing the game’s availability. The Nintendo Switch version of WWE 2k18 will be the same as its PlayStation 4 and Xbox One counterparts. Players will be able to form eight man matches, fully customizable with even more options than in previous titles. Players will also be able to create video, arenas and their own detailed superstar with a variety of different creation tools. With the new “MyCareer” mode, players will be able to explore the world of Wrestlemania, forming alliances and making new enemies as they wrestle their way to WWE stardom. WWE 2K18 offer a complete roster of fan favorites from WWE, NXT and wrestling legends.

Sometime last month, 2K Sports revealed its cover star for WWE 2K18. It was revealed that professional wrestler Seth Rollins would be featured on the cover of the new title. To celebrate the return of the WWE series on Nintendo platforms, Rollins appeared in a special announcement video for the game. 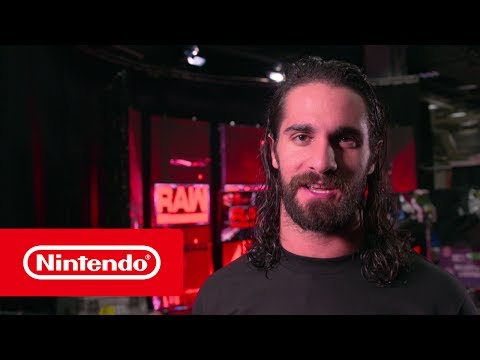 WWE 2K18 will be available on the Nintendo Switch, PlayStation 4 and Xbox One on October 17.