Intel Brings Esports to PyeongChang Ahead of the Olympic Winter Games

SANTA CLARA, Calif.–Today, Intel announced plans to bring amazing gaming experiences to
PyeongChang ahead of next February’s Olympic Winter Games. As an extension of Intel’s Worldwide TOP Partnership and with support from the International Olympic Committee (IOC), Intel will deliver two distinct gaming experiences to Korea in the lead up to PyeongChang 2018: the Intel® Extreme Masters PyeongChang esports tournament featuring one of the most celebrated esports titles of all time, Blizzard Entertainment’s “StarCraft® II,” and a separate exhibition featuring Ubisoft’s action-sports title “Steep™
Road to the Olympics,” the official licensed game of the Olympic Winter Games PyeongChang 2018.

Intel Extreme Masters PyeongChang, an extension of the Intel Extreme Masters (IEM) brand produced in partnership with ESL, will be open to any player, at any level via global online qualifiers, which
will take place in November. A live qualifier event will also take place
in Beijing in December between the top two qualifiers from China, with
the winner moving on to compete against the rest of the field in
PyeongChang in the lead up to the 2018 Olympic Winter Games. 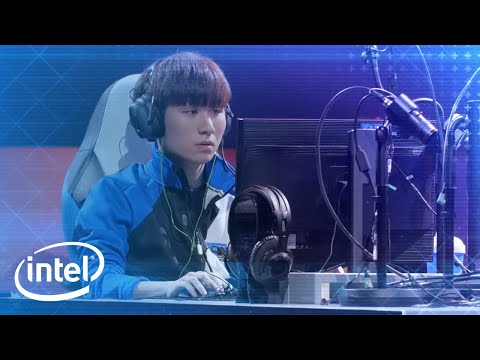 Building on the Intel Extreme Masters demonstration, Intel will also
deliver interactive gaming experiences throughout the Olympic Village
for attendees and athletes, with game kiosks featuring “Steep Road to
the Olympics.” Olympic and gaming fans will also have the opportunity to
compete to be the best in an exhibition featuring “Steep Road to the
Olympics.” Additional competition and qualification details will be
shared in November.

Gregory Bryant, senior vice president and general manager of the Client
Computing Group at Intel Corporation said: “Intel has been pushing the
boundaries of esports for well over a decade and our goal is to bring
esports to every global sporting stage. From the qualifying events to
the groundbreaking Intel Extreme Masters tournament in PyeongChang, we
see this as another important step in giving more people around the
world a chance to experience the thrill of esports.”

Timo Lumme, managing director, IOC Television and Marketing Services,
said: “We are proud to have our Worldwide TOP Partner Intel bring this
competition to PyeongChang in the lead up to the 2018 Olympic Winter
Games. Following on from the Olympic Summit last week, the IOC will now
explore esport’s relationship with the Olympic Movement further. This is
the start of an exciting future and we’re interested to see how this
experience will play out.”

Geoffroy Sardin, senior vice president Sales and Marketing at Ubisoft,
said: “We’re proud to be part of the esports exhibition leading into the
Winter Olympics that will provide fans with more ways to engage with the
sports they love. We have been developing ‘Steep Road to the Olympics’
in close relation with the IOC and we are now looking forward to this
competition. We cannot wait for our fans to play and compete in our new
expansion.”

Mike Morhaime, CEO and cofounder of Blizzard Entertainment, said: “The
StarCraft series has played a foundational role in esports, so we’re
especially honored that ‘StarCraft II’ will be representing esports at
PyeongChang. This is a great opportunity for esports to be associated
with the biggest international competitive stage, and we’re proud that
some of the most skilled ‘StarCraft II’ players on the planet will be
helping to lead the way.”

Ralf Reichert, CEO of ESL, said: “As one of the fastest-growing segments
of media and entertainment, we are honored to help further the esports
industry by helping to facilitate the Intel Extreme Masters PyeongChang
tournament. Esports already reaches a global fan base so this event in
PyeongChang naturally aligns with this audience.”

Intel and ESL, leaders in accelerating the growth of esports worldwide, will partner to
facilitate all events, including the online qualifiers, live qualifier
event in Beijing and final tournaments leading up to the Olympic Winter
Games PyeongChang 2018. ESL is the largest esports company and has
partnered with Intel for more than 15 years to bring to life some of the
most prestigious esports tournaments around the world, including Intel
Extreme Masters, the longest-running global pro circuit. As the leader
in gaming technology, Intel will power all of the live IEM PyeongChang
events with the Intel® Core™ i7 gaming processor, as well as the PCs used in the IEM
broadcasts and complete backend cloud infrastructure.

Fans can follow the action and watch the competition unfold on the
Olympic Channel global digital platform as well as additional broadcast
and digital partners to be announced in the near future.