Immersive Music For Your Tabletop Games 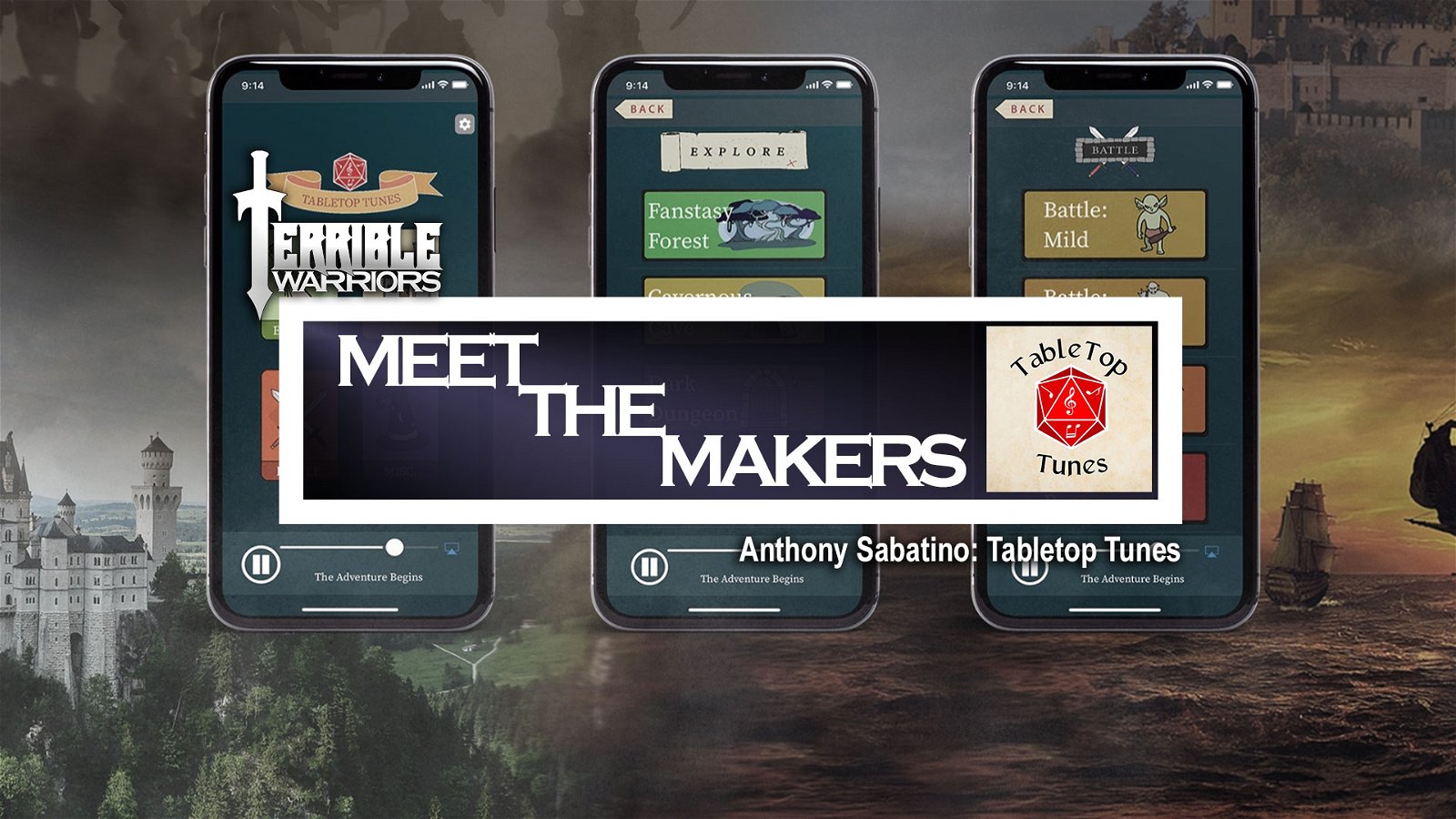 Production Note: We ran into technical difficulties with the record of Justin’s voice and were only able to recover a backup recording of his voice taken from a different microphone. Thanks for understanding and we’ll return to sounding like polished gems next week.

Music For Your Games

Anthony Sabatino is a graduate of the Berkeley School of Music and a lover of film and videogame scores. When he wanted to find a way to integrate music more fully into his tabletop games he found the tools available online to be lacking. Nothing really did all of the things he wanted and none of the music sounds the way he imagined they should.

So he teamed up with his friend Jacob Johnson who could program the code he needed to make an app that can play immersive music creative specifically for tabletop games in an easy interface that helps and not interferes with the GM’s responsibilities while running a game.

Inspired by composers like Joe Hisaishi (Princess Mononoke) and Howard Shore (Lord of the Rings) and games like The Witcher III, Skyrim, and Legend of Zelda, Anthony set out to make a collection of tabletop tunes that are all connected by a central theme of adventure and discovery and can help guide players through their stories without overpowering the experience at the table.

The way it works is simple, you pick your setting (Cave, Forest, Town, Dungeon, etc) and choose from the available tracks. The tracks are composed to loop indefinitely and have been loudness corrected so that they don’t jump out, startle, or get in the way of the your game. Background music to slip in behind your storytelling. When combat begins you chose the intensity of the battle (Mild, Tense, Epic, or Boss) and during the combat there is a simple slider you can move up and down which will increase voices and complexity of the song so you can ramp tension up and down during the scene.

The plan is to release the app with an initial selection of free music and, rather than incorporate ads or other freemium strategies, offer up additional music tracks as packs which can be ordered through the app as needed or desired. Further down the road keep a look out for other settings and genres taking you beyond the fantasy games and into more modern and sci-fi settings as well!

Check out Tabletop Tunes at tabletoptunes.com and follow them closely to learn when the app is available for download (at the time of this posting it’s currently under review by the Apple Review Board so they are hoping it will be available any day now!)

If you want to follow Anthony you can find out more about at anthonysabatinomusic.com

Intro and Extro music is licensed through Epidemic Sound