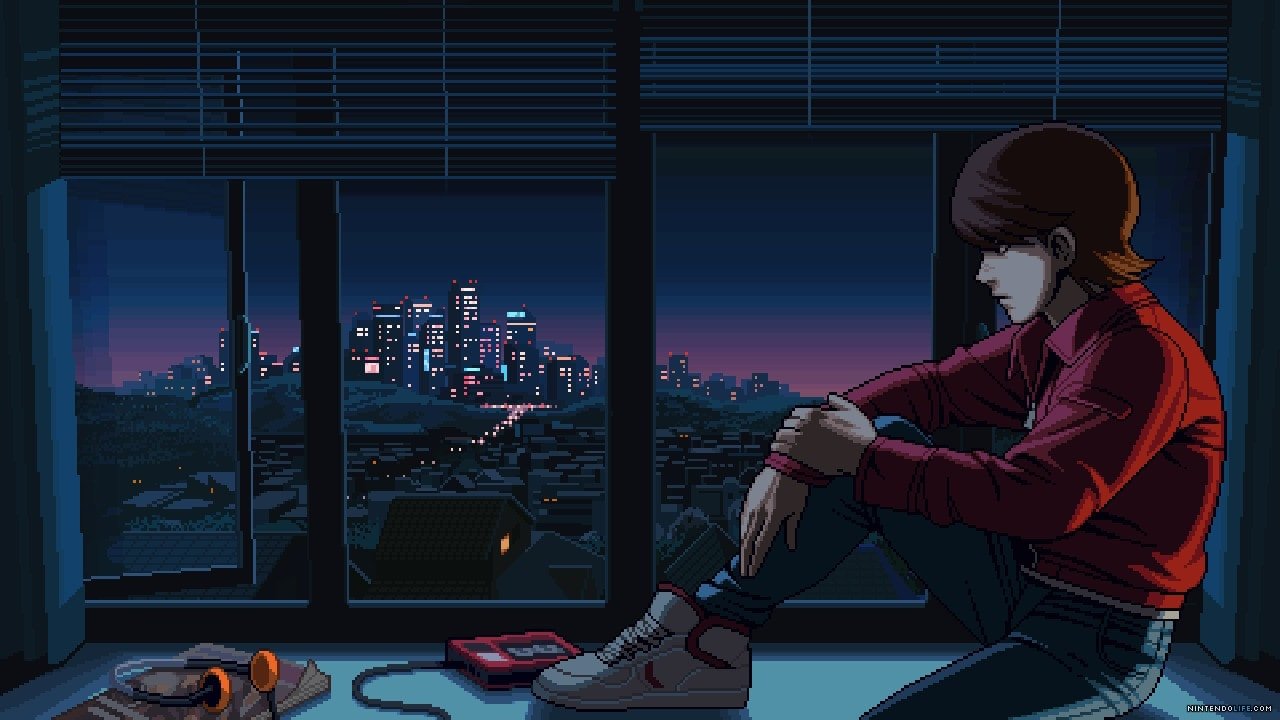 I’d like to take a moment to express how important gaming is to me. Video Games have been a part of my life for as long as I can remember—I think I was three-years-old when I first experienced Super Mario Bros on the NES; and by age four, I was tackling games like Super Mario 3, Double Dragon 2, and Batman. Gaming has been for me, an escape and an exploration of art; and in many ways, gaming has shaped my identity.

This is what initially intrigued me when I started playing 198X, since it begins as a pretty sincere love letter to gaming, and the bygone era of the arcade. However, as the game progressed, I became pretty conflicted with it, and now I’m not really sure how I feel.

At first, while playing it, I thought it was a prime example of “video games as art,” but I soon realized it didn’t really fall into that category. I realized there is a distinction between “Video Games as Art” and “Art as Video Games.” What I mean by that is, when I think of video games as art, I think of games like Undertale, Bioshock Infinite, or The Last of Us—games that not function as enjoyable games, but are so excellently designed, well written and well told, and visually and audibly stunning that they elevate the medium above low-effort cash-ins like the Call of Duties and Assassin’s Creeds.

When I think of Art as Videogames, I think of games like Journey, Bound, or Wandersong. Games that are by no means bad, however, they’re designed more to be interactive experiences than proper video games. Now of course, there’s nothing wrong with that—and don’t get me wrong, I ADORE Journey and Wandersong—but I can’t help but feel that games like these aren’t necessarily engaging as games; rather, they engage you on an emotional level, as all art tends to do.

I think 198X falls into the latter category, and is a bit weaker for it, given the potential its premise provides to make a really great game. 198X tells the story of “The Kid,” a teenager experiencing a loss of identity, and a yearning for something bigger than life in the suburbs; using five mini-games themed around classic arcade games to accentuate moments in the story. Beginning with “Beating Heart,” a Streets of Rage style Beat ‘em Up; then moving to “Out of the Void,” a R-Type Space Shooter; then “The Runaway” an Outrun style driving game, to “Shadowplay,” a sort-of Shinobi style runner game; and finally “Kill Screen,” a classic turn-based dungeon crawler.

While none of the games are particularly bad, they weren’t particularly engaging either—with the exception of “The Runaway,” but I’ll get into that in a moment. While they’re clearly very lovingly drawn from the classics of the medium, they’re all very short and are no more complex than a single button which ends up feeling very basic. This is an example of the aforementioned “Art as Video Games,” because the games themselves don’t really tell the story, they simply punctuate the story that’s being told; as if to simply facilitate the interactivity.

Furthermore, the story itself isn’t very straightforward, and is more The Kid telling us HOW they feel, and only ever hinting at but never getting into the WHY. It alludes to things like The Kid’s seemingly strained relationship with their mother, and an absent father, but nothing is ever made clear. Whether this was done purposefully to be interpretive, or in the hopes that the player would project similar feelings onto the narrative, I cannot say, but it ends up coming off as a bit pretentious and feels very “tell, don’t show.”

Except in “The Runaway,” which beautifully combines the classic arcade gameplay with the narrative in a way that is thematically engaging. You begin driving in a vast desert, chasing some car that seemingly represents some cool girl that was mentioned in the preceding cutscene. As you race along the roads to the bumping Genesis soundtrack, you reach a long stretch of tunnel, your time almost running out.

Just before it does, the music fades; you hear the sound of an 8-track being inserted into the cassette player, and as the synth music starts up, you’re on a highway, driving towards the city The Kid desperately wishes to escape suburbia too. The Kid narrates and the music swells around it, as you continue to drive as the timer slowly ticks down, counting down the inevitable reality that this is just a game, and eventually The Kid has to return to their life. Had the entire game been like this, it would’ve been something really special.

It really upsets me that I didn’t like 198X as much as I should have because I really love the idea of what it’s trying to do. I love that it tries to convey just how meaningful video games can be to people like me; how they can be more than just a way of escaping reality. I like The Kid’s androgynous visual design, allowing any person to feel connected to their story. Not to mention, the game’s gorgeous 16-bit aesthetic and a killer soundtrack, which features the famed Streets of Rage composer Yuzo Koshiro.

But there’s just so little to it—and I mean that literally, you can clear this game in under an hour and it has the audacity to end on a cliffhanger—and once you’ve finished it, there’s really no reason to play it again.

While by no means a bad game, 198X is a bit like ordering a pie and finding out it has no filling.