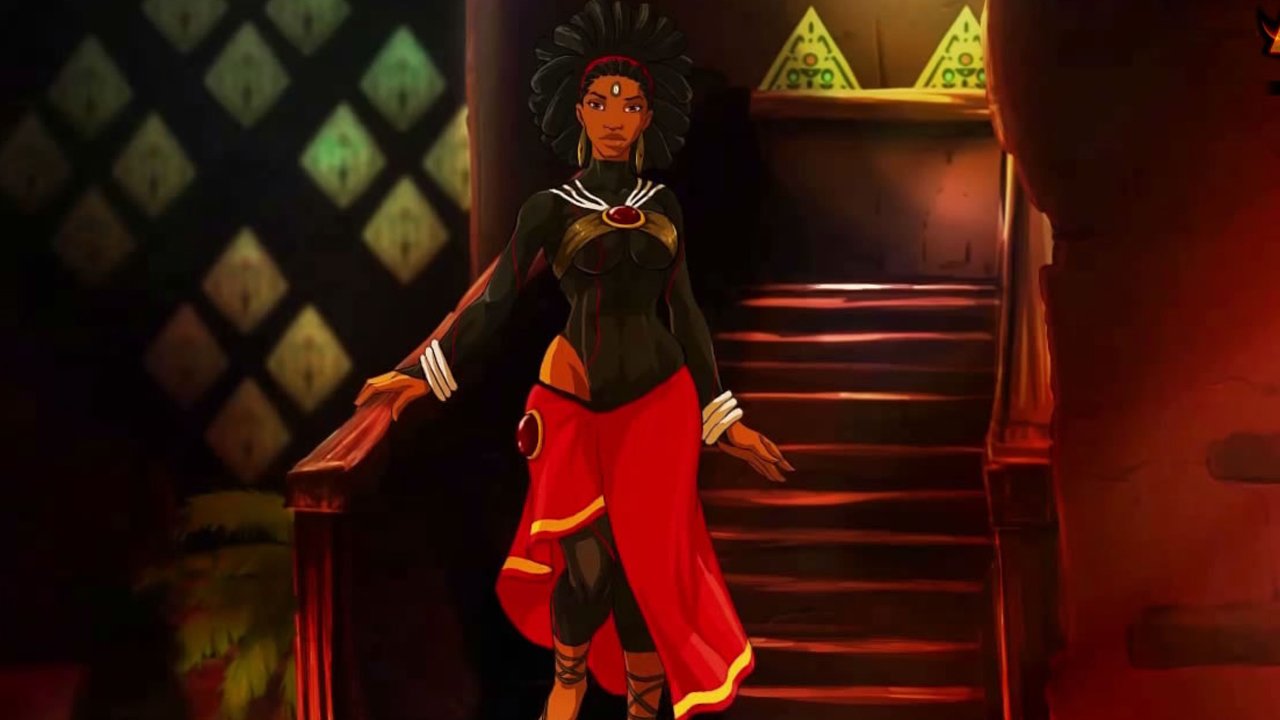 Mythological tales all over the world have been told through the medium of videogames. Sunset Riders and Wild Guns, albeit with a lot of silly liberties, attempted to share the story of the American Old West. Okami told the tale of Amaterasu, and brought Japanese folklore to the forefront. Never Alone was able to add heart and charm in its attempt to shed light on the plight of the Inuit. There are also the many, many games that pay homage to the classic fairy tales of Europe. Africa, especially central Africa, is often left out of the equation; that all changes with Aurion: Legacy of the Kori-Odan.

Kiro'o Games had a vision of how to present the myths and history of African culture, and have presented it in an incredibly appealing 2D action package with Aurion: Legacy of the Kori-Odan. With fighting game genre finesse, combos and a host of abilities help weave the tale of Enzo, prince of Zama, and his attempt to regain control from his treacherous brother-in-law. The phrase "Aurion" comes from a chi-like energy that Enzo can tap into, which should tip you off that the game is more than meets the eye and anything but a standard brawler.

Mechanically, Aurion: Legacy of the Kori-Odan allows players to jump, attack, utilize four techniques, and block. As any fighting game fan knows, it's what you do with those concepts that really counts, and with a fast movement system that involves crazy maneuvers like air-dashing, there's a lot of nuances afoot here. Those nuances can be plagued bycomplications when it comes to platforming (and some very tricky, if frustrating puzzles), but with enough practice, they're easy to overcome. 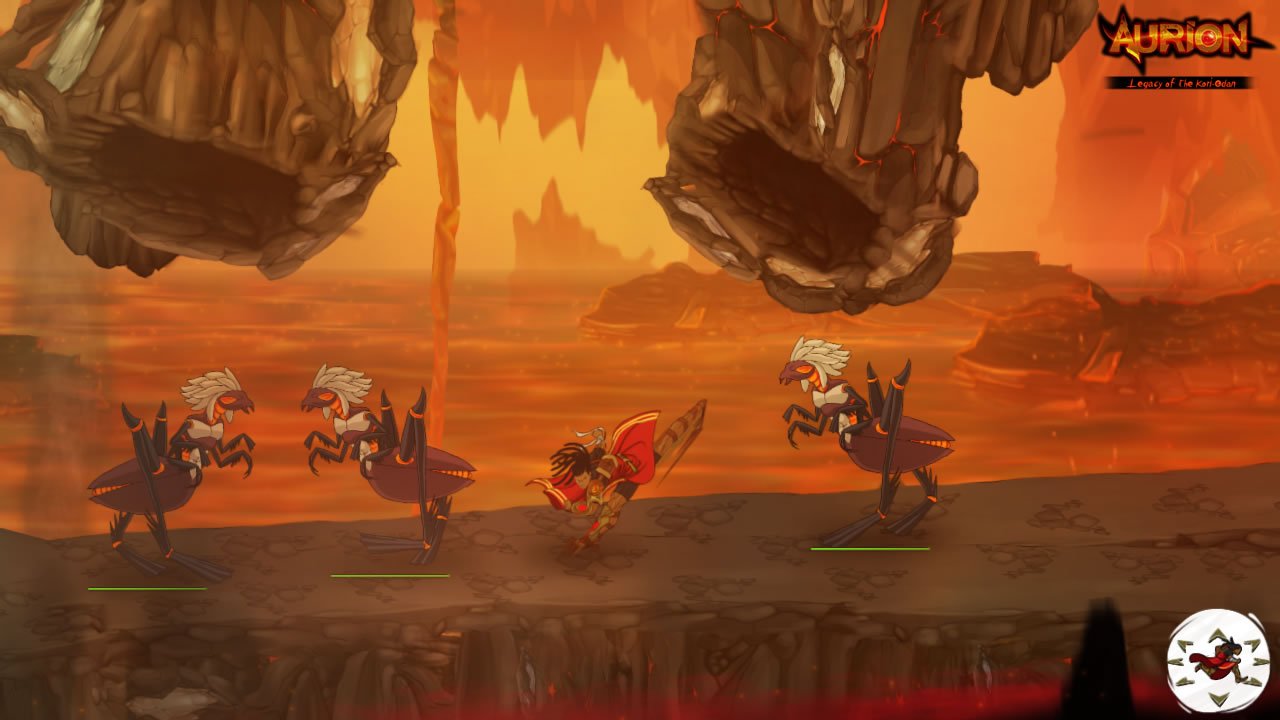 It's in the heat of combat where Aurion: Legacy of the Kori-Odan really shines. The titular powers come into play in the form of constantly shifting elemental states (much like the Korra game from Platinum), complete with their own set of combo chains. It's pretty much perfectly tuned and easy to pick up, but there's enough depth there for hardcore genre enthusiasts to sink their teeth into. This is one game that I can see myself returning to down the road and coming up with new tactics on the fly. There's also a degree of over-the-top action in Aurion: Legacy of the Kori-Odan a la Dragon Ball with themes like additional forms and untapped power, which meshes in well with the combat system. In a sense, there's always a surprise lurking around the next corner.

Heavy RPG elements are featured in Aurion: Legacy of the Kori-Odan as well. Players have an HP rating that improves over time, as well as AP and Stamina to govern and items to manage. While the latter mechanic is often too bloated for its own good (sometimes there are too many items in one's inventory than there really needs to be), these bits are welcome. Naturally the role-playing element extends to the story, which has Enzo (and his queen Erine, who is an interesting character in her own right) traveling around the surrounding lands to not only learn more about other communities, but learn more about himself in the process.

It's...not always handled well, with some storylines falling more flat than others, but Enzo's charismatic nature does carry the journey somewhat. There are also a few translation issues (though never egregious, it's little things like an un-translated picture in a tutorial, with the text intact) and presentation problems (a few sequences can be way too dialogue-ridden when brevity would get the job done more effectively) that mar the flow of the game. It gets worse when crashes come into play, usually brought about by menu selections and UI errors. A lot of that can be forgiven when you exit a cutscene and start taking control again, as the visuals are serene, colourful, and well animated, and restarting after a crash usually brings you back within minutes, if not seconds of where you left off. 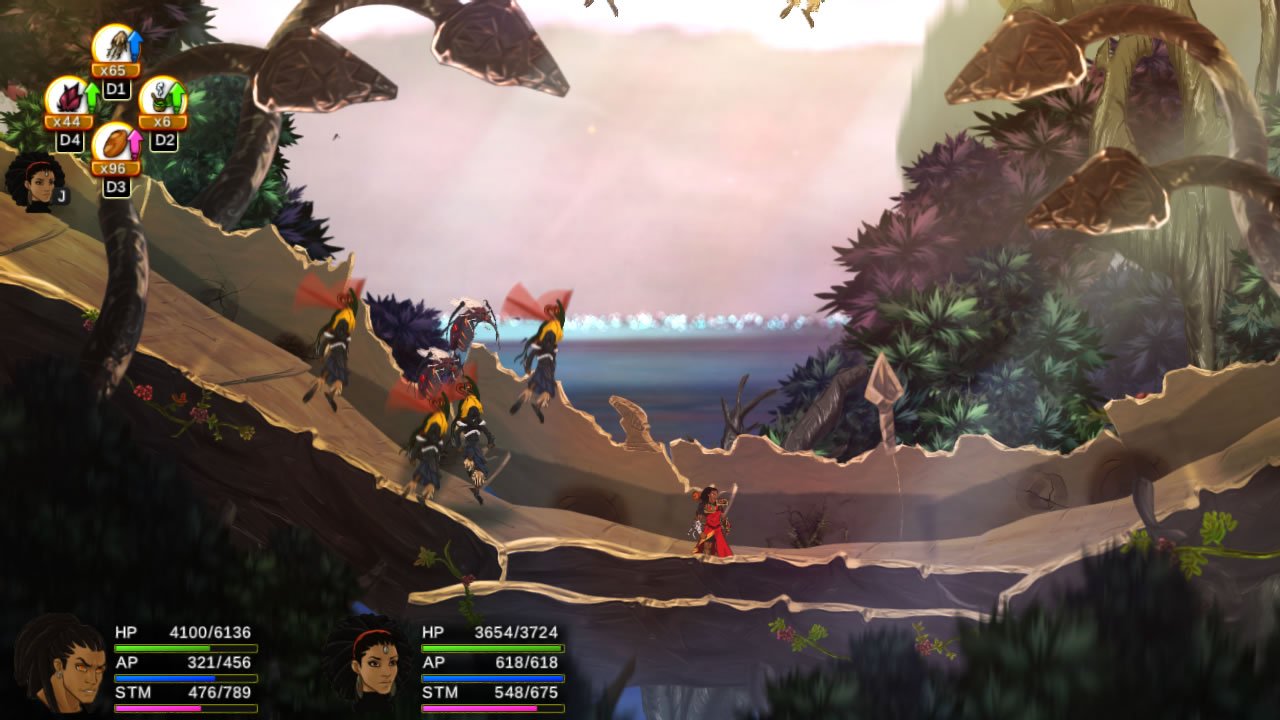 Bugs and hiccups aside, Aurion: Legacy of the Kori-Odan is staggering for an inaugural effort, especially when you consider that it's the first ever game from Central Africa. It needs some polish, but the core base is there, and the team really knows how to tell a story. I'm anxiously awaiting Kiro'o Games next offering.

Final Thoughts
Aurion: Legacy of the Kori-Odan is staggering for an inaugural effort.
More From CGMagazine 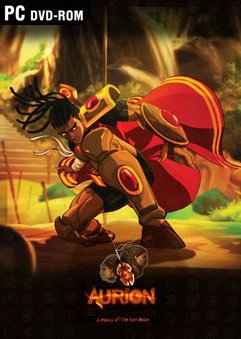