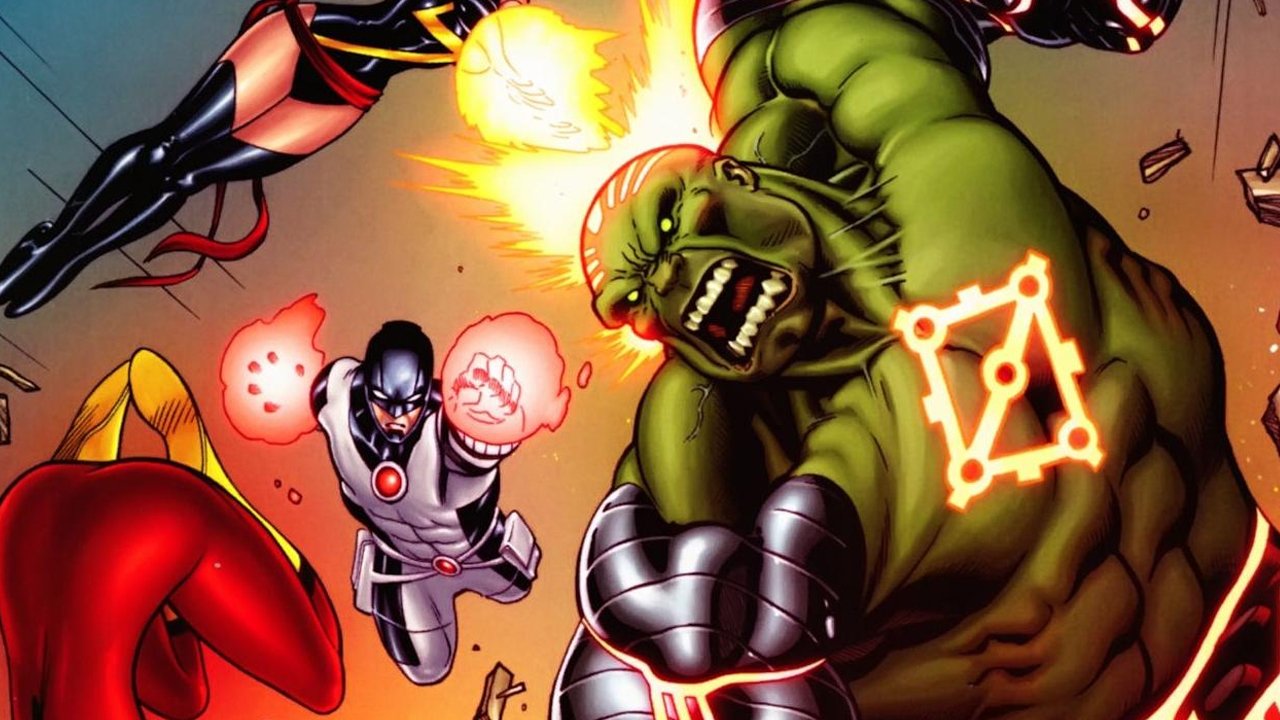 It’s amazing to me how month after month Bendis manages to suck the momentum out of Avengers by loading it up with numerous interview panels, which break the cardinal rule of comic book storytelling, which is to show, not tell the audience what’s happening.To me, his heavy use of narration takes the suspense out of the issue, and makes the flow of the issue far more disjointed.

At its core, this issue should be a fun romp, as Ms. Marvel, Spider-Woman, Hawkeye and Protector take on an Asgardian-empowered Hulk in a big battle royale.And yet Bendis slows it down, peppers the issue with needless hemming and hawing about how Spider-Woman doesn’t see herself as a real Avenger, and then shows us how she supposedly finally got some respect.

This issue would be far more enjoyable if it took out all the conversation panels, and just showed the fight, without the uninteresting characterization of Spider-Woman.

Bachalo does what he can with the script, often to good effect, but it really felt like he was chaffing against Bendis’ script, because it limited how much he could show visually in terms of the big action.I can’t imagine being an artist and finding out you get to show the Avengers versus the Hulk, and then when you actually do the issue, most of the issue is taken up with redundant, repetitive interview shots instead.

Unlike some other “Fear Itself” tie-ins, the actual flow of this book has been completely disrupted, and instead we just have fights happening, which isn’t bad, but it definitely makes the issue feel superfluous and directionless.

Unlike some other “Fear Itself” tie-ins, the actual flow of Avengers #15 has been completely disrupted, and instead we just have fights happening. 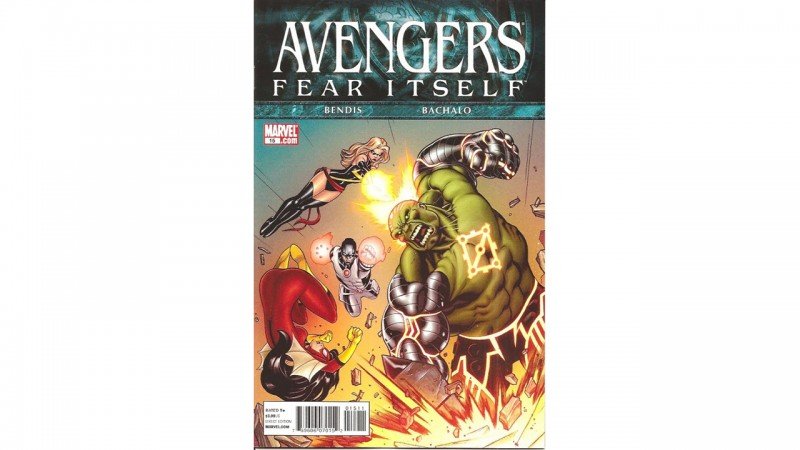