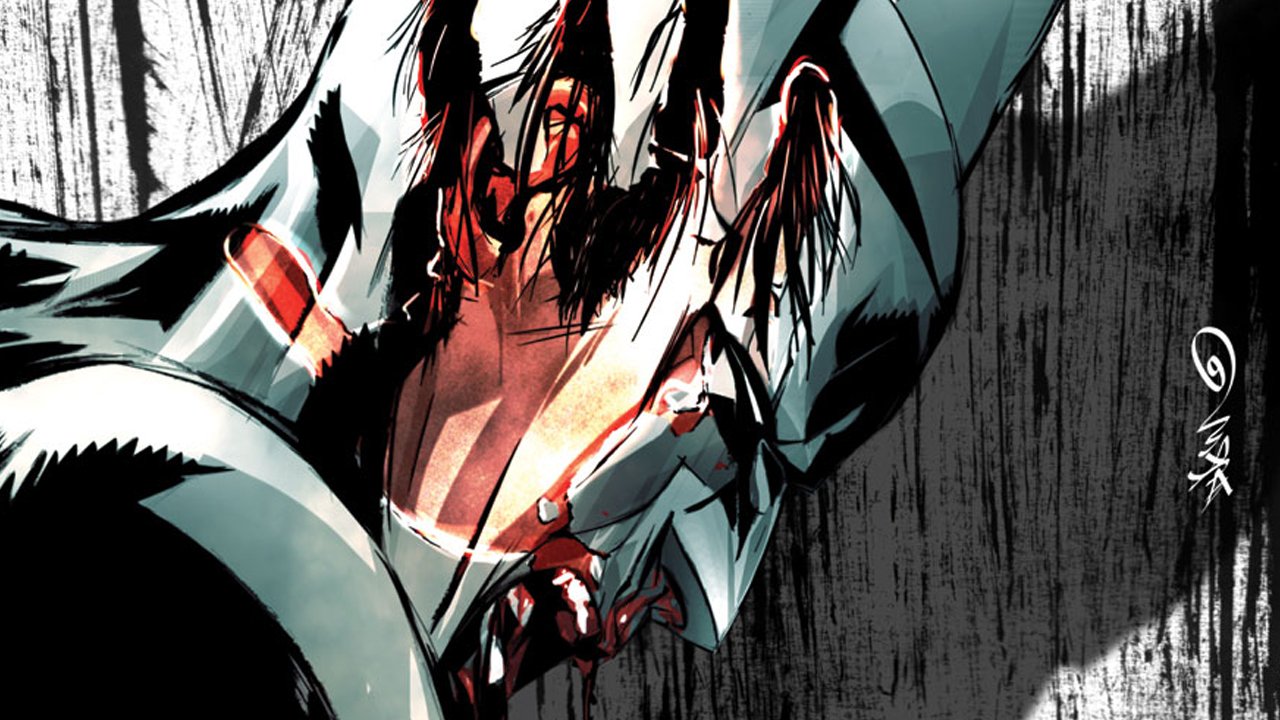 Blight finally has his moment of retribution; inflecting grave damage and almost succeeding in dispatching the Batman. There are four distinct stories in this issue. Each one appealing to the reader, but only one of them delivering closure. The other three are more open-ended and lead toward a significant reshaping of Gotham and the Batman Beyond comic.

Terry confronts and defeats Blight by puncturing his suit and turning him into ooze. With Blight stricken from the developments, Bruce complies with the demands of his workers to quell the strike and appropriate his enterprise. Changing the name to something more maudlin, Wayne Incorporated, an ambitious plan similar to the erstwhile Batman Incorporated may be preoccupying his mind.

Dana is immersed in dealing with the return of her brother. He is nabbed during a robbery with some Jokerz. Doug claims to be out of that world, but we can clearly discern his strung-out appearance and the doubt on Dana’s face.

The story line I have previously lauded as being of particular importance is following Maxine. She has now met with Undercloud, or one part of the collective that is Undercloud. They have propositioned her to join them with a test. It will be very fascinating to find out the motivations of Undercloud. There are no details yet on what Maxine’s test will encompass, but we can be almost certain Terry will be involved.

The diversity of stories in this issue is a potent formula. It is going to be entertaining to see it all come together. The next issue should be the start of a new arc, and draw us deeper into these story lines. Again, we have a fabulous Dustin Nguyen cover depicting the intense pain Terry suffers at the hands of Blight.

With Batman Beyond #7 we have a fabulous Dustin Nguyen cover depicting the intense pain Terry suffers at the hands of Blight.