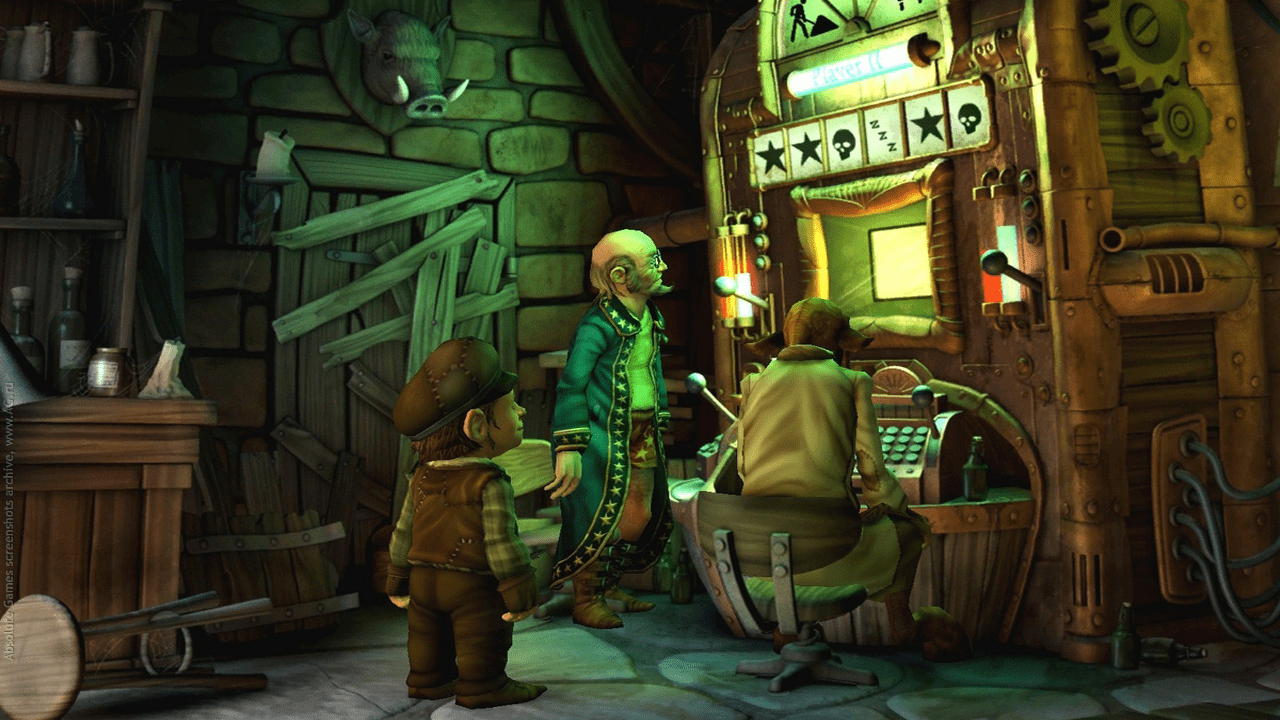 Point-and-click adventure games aren’t dead, not by a long shot. We’ve just been looking for them in the wrong places, expecting them to conform to current-gen demands, while still catering to old-school conventions. In reality, there’s a whole world of fantastic adventures to unearth, starting with The Book of Unwritten Tales, a gem from German developer King Art that hails back to the genre’s heyday, conjuring the familiar mechanics, narrative, and the magic that accompanied the early age of point-and-click games.

Strange name aside, The Book of Unwritten Tales is surprisingly accessible. The classic high fantasy scene is set with the Alliance locked in conflict with the malevolent Shadow Army. While both factions are comprised of textbook stuff, such as humans on the side of good and trolls/goblins filling out the cast of ne’er-do-wells, the tale woven here is actually quite engaging. It’s action-packed from the onset, following the sudden kidnapping of a a wizened (yet totally adorable) Muppet-like creature known as Professor MacGuffin by the Shadow Army’s witch Mortroga.

The Shadow Army has picked up on some valuable information: the diminutive MacGuffin might actually have the details on where a powerful item is stored —  one that could, if used correctly, turn the tides of war that have been raging for some time now: the Artefact of Divine Power. But good prevails of course, and in the spirit of any great adventure, the kidnapping is foiled by a sprightly young elf and fellow adventurers who won’t stand for the Shadow Army to emerge as victors. What ensues is an endearing journey that calls to mind games like The Secret of Monkey Island or King’s Quest.

While you make your way through the vast world of the Alliance and the Shadow Army, it quickly becomes evident that the kooky characters (especially Wilbur Weathervane — what a name!) and this colorful, whimsical environment is as inviting as your favorite sci-fi movie. Familiar narrative mechanics and character tropes run rampant here, but never in ways that feel tired or worn out. In fact, most of the time you feel just the contrary — as if you’re embarking on a timeless adventure.

Lush, surrealistic environments and dreamy landscapes abound. The fantastic locales are charming and feel appropriately magical, but not suffocatingly so. There are moments of stereotypical “cutesy” design decisions, but for the most part each environment is illustrated gorgeously, with plenty to gaze longingly at. It’s probably a good thing you’ll have time to take it all in while working through the Book’s many puzzles. Unlike the obtuse solutions that many adventure games have relied on in the past, there are many much simpler dilemmas to work through that any adventure game fan should be able to tackle with finesse. You won’t be messing about with hordes of extraneous objects and problem-solving genius in order to progress, but you will be using basic item combinations from your inventory to spawn new items to be used in certain puzzles.

In fact, finding specific items will comprise a large portion of your quest, with many of them hidden amongst similarly-colored landscapes and backdrops and obscured better than a casual hidden image game. That doesn’t make the puzzles frustrating, however, and they’re actually quite refreshingly simple. This may turn hardcore genre enthusiasts off, but it’s perfect for the part time adventurer.

But the puzzles are only a minor part of what makes The Book of Unwritten Tales so undeniably charming. The banter between gnome Wilbur Weathervane and the rest of the cast is giggle-worthy and sprinkled with pop culture references, but not enough so that things venture into tacky territory. It’s this lighthearted rapport that contributes a jaunty feel to the tale that might otherwise feel stagnant, and it’s a big reason why the game simply works. You’re not going to find a more earnest point-and-click adventure these days, and that’s where this Book really triumphs. For a healthy ten to twelve hours’ worth of magical mischief and heartwarming silliness, pick up this modern adventure game.

Strange name aside, The Book of Unwritten Tales is surprisingly accessible. The classic high fantasy scene is set with the Alliance locked in conflict with the malevolent Shadow Army. 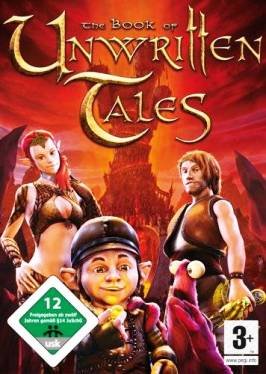