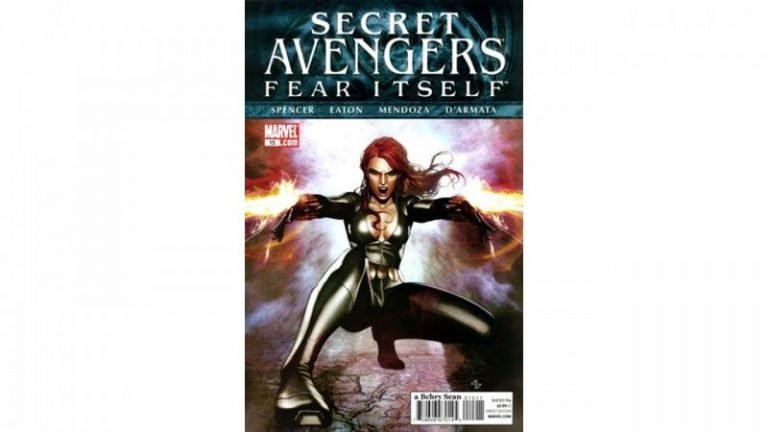 When Nick Spencer came aboard Secret Avengers with the Point One issue, I was really excited about what his arrival meant for this book, because of how solid that issue ended up being.But since then, each issue has been part of the Fear Itself crossover, which unfortunately hasn`t yielded consistently enjoyable results for this title.Spencer has taken an interesting tactic with this title, in that he takes this opportunity to tell smaller, more character-centric stories, since the whole team isn`t together, set amidst the backdrop of Fear itself.

But although it might be a good initial idea to start putting together solid stories for this title, the types of stories that Spencer has decided to tell while doing his character pieces have failed to hit the mark.Even the first issue of the tie-ins, with Beast, was an oddity as a total unknown ended up getting most of the actual characterization, as opposed to Beast himself, and Valkyrie`s issue ended up being somewhat the same, with the focus being just as much on the no-name guest-stars as the starring Secret Avenger.

This issue is the worst of this title`s crossover issues thus far, a far-too-over-the-top discussion on the nature of life and death in the Marvel Universe, through the case study of Black Widow and the recently departed Bucky Barnes, Captain America.Thecore nugget of the story isn`t a bad one, it`s just extremely poorly executed.Given that the issue is in memory of Gene Colan, I understand the focus, it just couldn`t have been more poorly executed if Spencer tried, extremely heavy-handed, and with all the subtlety of a shotgun shot in the still of the night.

Thankfully the artwork in this issue is extremely good, which to be honest is almost a shame given how terrible the script is.Eaton is a fantastic penciller and deserves better gigs than this one, where he`s saddled with awful, plodding storytelling, which also manages to throw in being boring as well.

The only saving grace in this issue is the artwork, because otherwise this issue is a total mess, easily passed up, and more easily forgotten.

The only saving grace in this issue is the artwork, because otherwise this issue is a total mess, easily passed up, and more easily forgotten.
REVIEW SCORE
5
File Under: Avengers