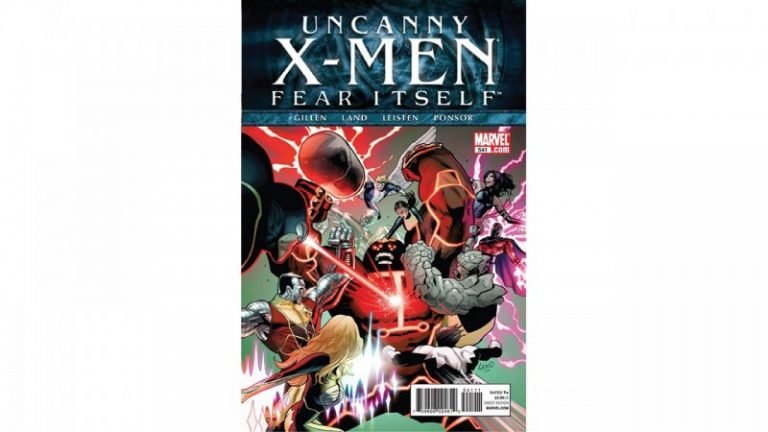 Now that X-Men: Schism has started, and it’s well-known that there’s a major split coming to the X-teams soon, reading this book is a great snapshot of an era that’s quickly reaching its conclusion.

With Juggernaut headed towards Utopia, Cyclops commands his army of X-Men to try and stop him, using a variety of different tactics and mutants, and damn if it isn’t some of the best writing we’ve seen of Scott in a while.The book is a quick and simple read, but very enjoyable, as we see Cyclops doing something he’s done since he was a kid, which is take on the Juggernaut, but this time he’s got an entire army of mutants to draw upon for soldiers.It’s arguable that there isn’t a lot of actual substance to this story, and instead full of style and flash, but it’s so enjoyable and well-written that it didn’t even matter.

The script by Gillen is fast-paced, although we still don’t have any real idea of what Cain Marko was trying to say, aside from him just charging on through the X-Men.

The artwork by Greg Land is fantastic stuff, as the action scenes are beautifully rendered, as are the quieter psionic meetingroom segments with Cyclops dealing with San Francisco’s mayor.

This is a great read, fast-paced, with terrific characterization, and a great sense of tension and suspense.If only more of the X-books read this well.

Uncanny X-Men 541 is a great read, fast-paced, with terrific characterization, and a great sense of tension and suspense.If only more of the X-books read this well.
REVIEW SCORE
8
File Under: