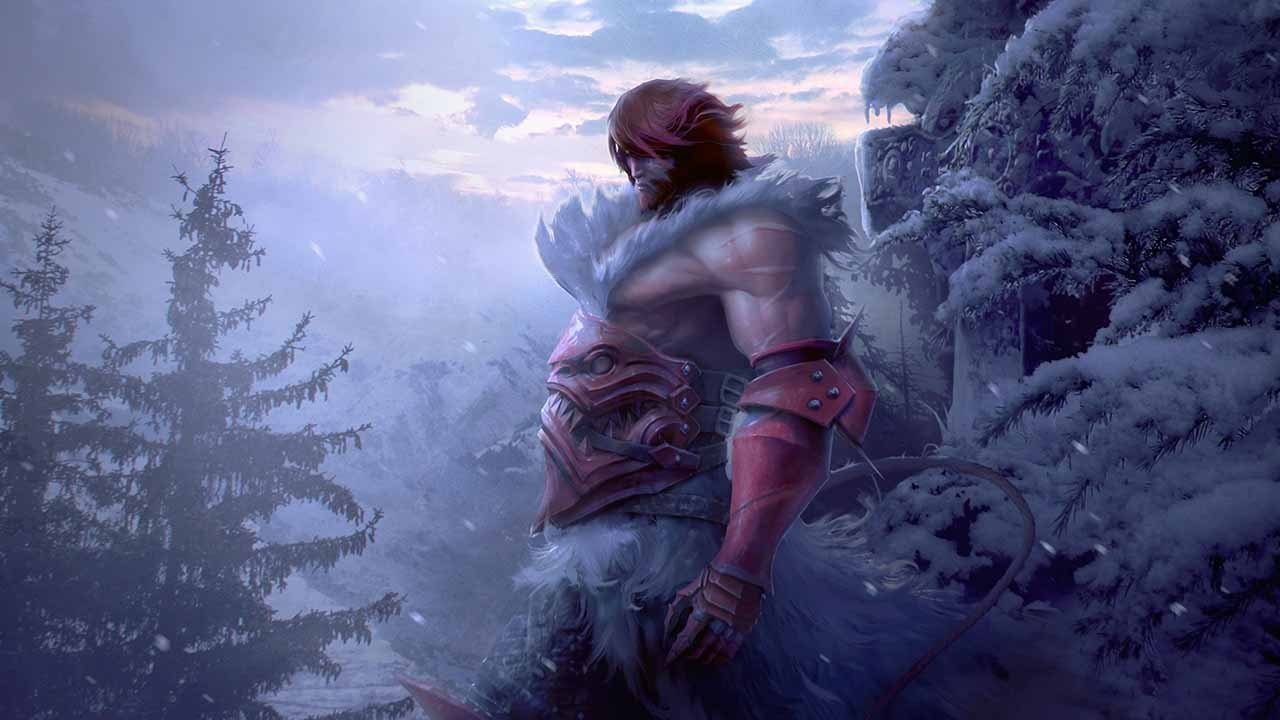 For players who can remember a time when their gaming kicks came exclusively on cartridges rather than shiny, spinning discs of magic, the Castlevania series will always hold a special place in our hearts. It’s hard to call it the first horror game since I can’t imagine anyone but the most overprotected of children being frightened by a Castlevania experience, but along with Ghosts N’ Goblins it introduced gothic settings and even a certain beloved vampire to the butting mashing bliss of old school gaming. The series has continued throughout the console generations, changing to fit the needs and horsepower of any given system. It’s gone from a punishingly difficult 2D platformer, to a Metroid-style exploration/level-up experience, and even a 3D God Of War tinged beat em’ up in 2010’s Lords Of Shadow. The franchise has long been a staple of Nintendo’s handheld systems with some brilliant titles released in the ancient days of the GBA and the DS, so for Castlevania’s triumphant debut on the 3DS Konami and MercurySteam got ambitious and decided to try and combine the best qualities of every single Castlevania into one 3D experience. Sounds amazing. The results? Pretty good. Perhaps predictably that all-encompassing ambition lead to a fairly muddled game that tries to be too many things at once. It’s still damn fun at times though and should be just the ticket to keep the Castlevania hounds happy until Lords Of Shadow 2 dips onto the systems.

So, the first thing you’ll notice playing this 3DS title is the fact that the developers have gone back to the series’ 2D roots. Yep, you’ll be platforming and whipping on only two planes of action again and it feels good. To spruce things up you’ll also be able to engage in quicktime event finishing moves to keep the game current. But as much fun as it is to decapitate a zombie, there tends to be only one finishing move per villain and it takes so long to see those semi-gory (most of the gore tends to be blocked from view for the kiddies out there) finishers to play out that chances are you’ll only do it once per villain or when you’re bored/need to get something out of your system. Combat starts simple before getting complex. You have two primary attack commands (one short n’ fast, the other wide n’ slowish). As the game goes on that becomes increasingly complex as different items and combos are unlocked. The items will change things ups, but while the combos are nice they never tend to do that much more damage. It’s not like God Of War where you’ll feel more powerful and unstoppable with each new combo. Nope, it mainly just provides variance and quite frankly most battles are won simply buy mashing the attack, dodge, and block buttons without that much strategy to consider (well, by Castlevania standards anyways). The items and abilities will change frequently though as you’ll be playing as four different characters before this adventure is complete.

Hold on, did he just say there are four playable characters in a Castlevania game? That’s right, folks. Over the course of the twisty and needlessly convoluted narrative, you’ll control four different vampire-whippers. It starts with fan favorite Gabriel Belmont during a prologue and various other members of the Belmont clan come in as part of that family’s neverending quest to show that Dracula fella what a jerk he is. The plot involves this quest and ties in nicely to the current console version to bridge the gap between major titles; however, it’s so dry and often dull that you’ll wish there wasn’t even a story. The cut scenes are nice, offering pretty 3D cel animation for some delightful gore opportunities. Unfortunately, the little 3DS doesn’t seem to be able to handle lip-sync so the programmers couldn’t be bothered to include it and frankly what the characters are saying kind of floats through the brain without really registering anyways. I don’t know why old school 2D throwbacks even have complex plots. It’s never anything more than a distraction.

By 3DS standards, the game does look quite nice. The level design is always atmospheric and the villains (from zombies to werewolves, vampire lords, and strange reptilian thingys) are fun to look at while you’re pummeling them. The 3D is also well implemented, with dangling bits of levels and enemies constantly poking out of the 3D frames for some nice effects. I know most people are tired with glassesless 3D at this point, but I have to admit that I’m still a sucker for that brand of eye-candy and the Castlevania designers made sure that opportunity wasn’t wasted. Some may whinge about the fact that the levels seem under populated by Castlevania standards. Yet with fights never more than a few minutes away, I found the empty corridors rather ominous. The one place that this level design does become a p-in-the-a is during the backtracking/leveling up portions. Ever since the earliest Metroid-infused Castlevania offerings, going back to unlock power-ups once you earn new items/abilities has been a franchise staple. That’s true here as well, but the level design is so long and complex, that’s it’s normally far too irritating to go back for old items unless absolutely necessary. As I said before, there’s very little strategy to most fights before the last few brawls anyways, so you can normally button mash and plow through with the bare minimum of power-ups and not face much resistance. It will most likely take you about 10 hours to finish the whole thing up, which isn’t bad for a handheld title. Unlike say, Resident Evil: Revelations there aren’t any bonus modes to increase replay value. However, I’m sure the Castlevania hardcores will have no problem taking this thing for another spin if they feel so inclined.

Overall, this 3DS incarnation of Castlevania is a perfectly decent entry into the franchise. You’ll get all the requisite Castlevania kicks and be reminded of all the other games you loved in the series before the tale comes to a close. It really is a shame that the confluence of influences ended up muddying the experience rather than making it the ultimate Castlevania adventure. However, there was no way to figure out if that experiment would work without trying it and I’m sure everyone involved in the series learned some lessons that could vastly improve the experience if there is a 3DS sequel. Would it have been nice if the designers were purists about Castlevania and delivered an old-school 2D romp without any of the distracting additions? Yeah, absolutely. But, there’s no sense whining about what we didn’t get when what Konami did crank out to stock shelves is still a fun little time-waster. It ain’t a classic folks, but with a dearth of new 3DS content out there right now, it fills the void just fine. Dracula is still a bit of a jerk, so he needed to get smacked around a bit with a whip in 3D. That had to happen.

It’s still damn fun at times though and should be just the ticket to keep the Castlevania hounds happy until Lords Of Shadow 2 dips onto the systems. 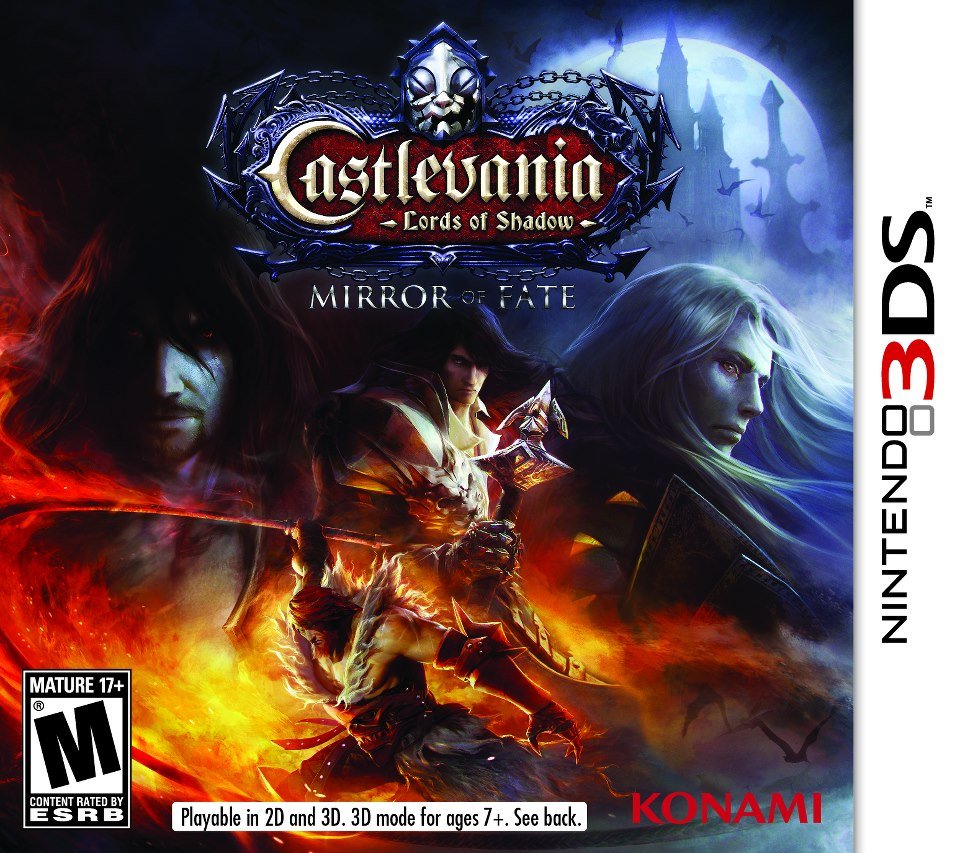