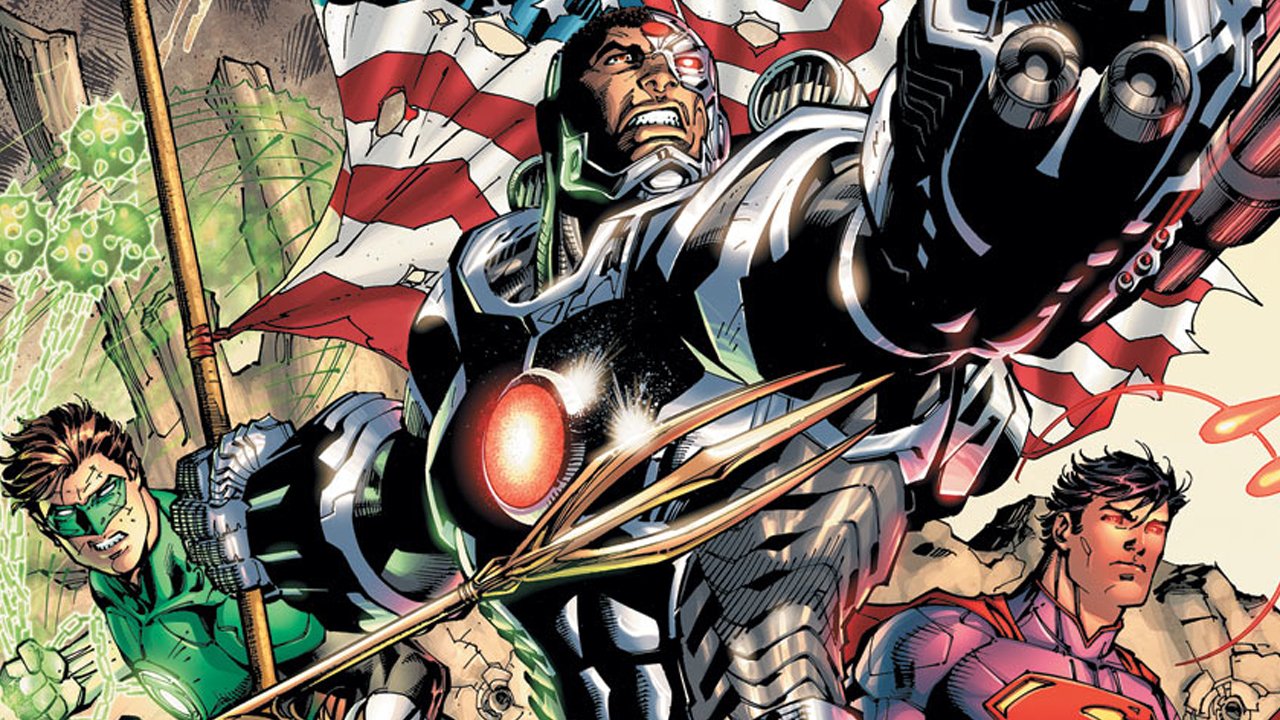 What’s most surprising about this new Justice League series is how unlike Geoff Johns it is, and how it’s more like something I would expect of Brian Michael Bendis.The first arc is incredibly drawn-out, as it is seemingly taking forever for the Justice League to actually assemble together.It’s not something I’m used to from Johns, who typically is able to maximize his use of page-count in the comics he writes, to make each issue feel packed with story progression, characterization, etc, and instead this arc feels drawn-out.

The lack of good pacing would be more forgiveable if the characterization in the book was high-qualiyt, but that’s definitely not the case here, ESPECIALLY in this issue.In his endeavour to make the Justice League hipper, edgier and more current, Johns has managed to make the Justice League founders into cynical versions of their prior selves, and it’s hard to imagine the characters as presented in this series ever becoming a strong Justice League, with strong interpersonal relationships.

The book opens with Superman and Flash trying to avoid Darkseid’s omega beams, and it’s probably the best written sequence in the entire book, as the two of them try to deal with Darkseid’s first strike attack.From there, however, the book gets worse with every page, with the cake being taken by Green Lantern’s conversation with Batman.It’s probably the worst characterization of Batman that I have EVER seen, and doesn’t jibe with any of his incarnations, either pre or post New 52.Batman really doesn’t have that much reason to trust Green Lantern to the extent he does here, actually unmasking in front of him and taking off his cape before running off to try and save Superman.There’s just absolutely no reason for him to do this, as the cape and cowl would be protective, when confronting a mysterious new enemy, plus Batman would NEVER charge in without a plan of attack in the least, especially against an absolute unknown.Green Lantern doesn’t come off much better, because this is a Hal Jordan who lacks confidence, and instead just cracks wise.It’s as if the worst aspects of the movie Green Lantern have filtered into this version of the character, and it definitely doesn’t suit the character well.Plus I find it hard to believe that Hal Jordan wouldn’t know who Bruce Wayne is.

After going to the trouble of introducing Darkseid last issue, he doesn’t even talk this issue, just having a bit of a fight with a few lone members of the Justice League one-on-one,and then heading off towards an unknown location.

The artwork in the series continues to be of high quality, as expected, but it’s just like going to a summer movie.The effects look great, and overall the visual style and panache of the book can’t be matched, but there isn’t a strong storytelling sense in the visuals, and the actual story that is being portrayed in the artwork is not memorable or even enjoyable, marred by lackluster, logic-devoid characterization.

With one issue left in the storyline, it feels like there’s far too much that still needs to be accomplished in one issue. It’ll be interesting to see how Geoff Johns attempts to wrap this all up next issue, although I can’t say I have high expectations after how lackluster the first five issues of the series have been thus far.

With one issue left in the storyline, it feels like there’s far too much that still needs to be accomplished in one issue.