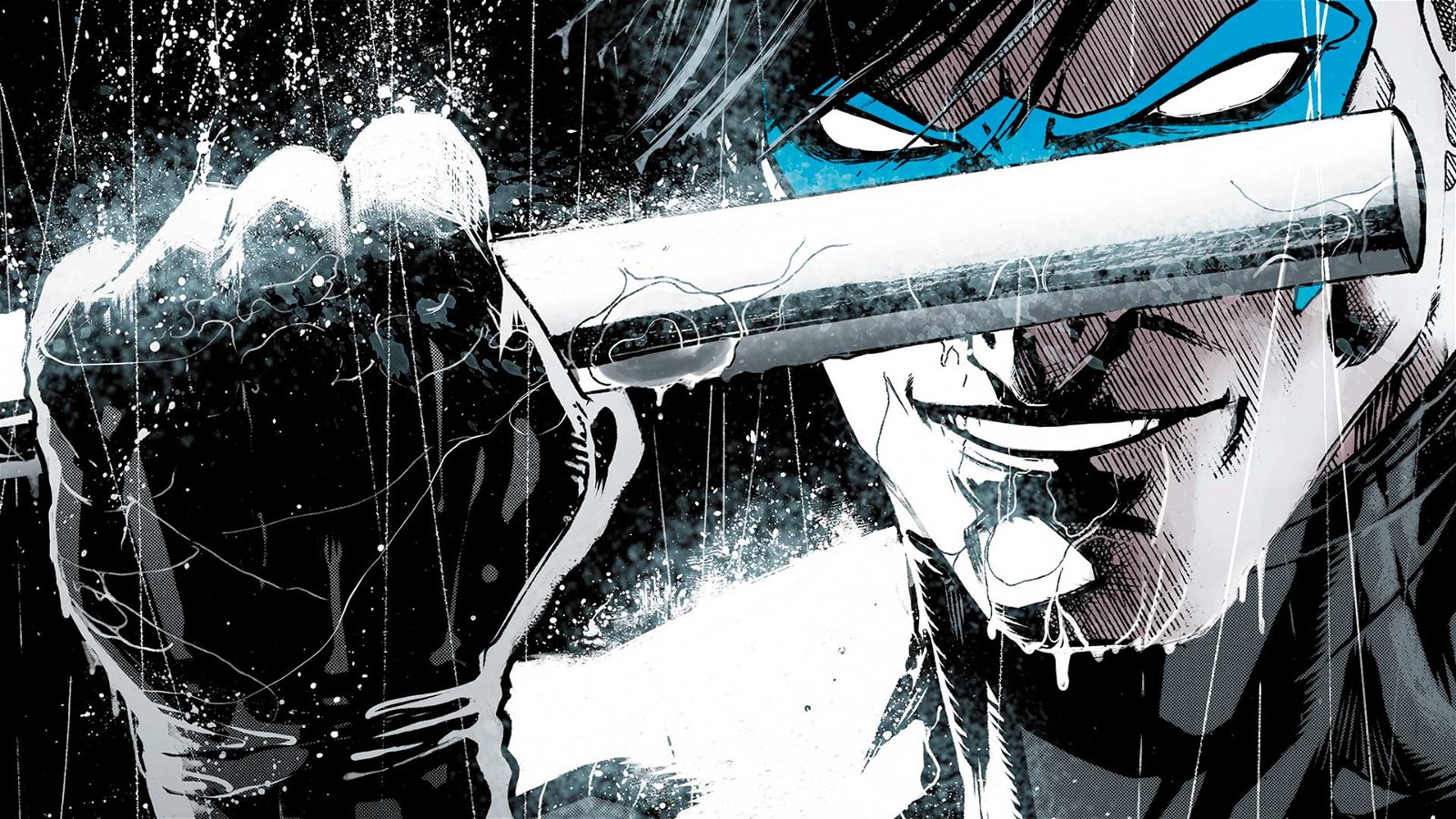 As many throughout the franchise’s long history have pointed out, sometimes the most interesting Batman stories are those who don’t involve the Dark Knight himself.

That includes a lot of tales involving Dick Grayson—Batman’s first ward—the boy wonder that eventually grew up to become Nightwing. Seeing his transformation (and eventual fate, if you follow the Frank Miller-verse) has been fascinating, and although many deride Robin as a by-product of the forced comic “sidekick era” (partially true), he has evolved into something worth discussing and remembering as the years have passed. Nightwing Rebirth has some problems with re-using a lot of old storylines, but it continues to give us a look at Grayson’s take on fighting crime and his transient nature.

While the first issue does a great job of explaining the story so far, the Rebirth format is definitely not as intuitive as the New 52. Here we have an established and respected Nightwing returning to Gotham City, and all of the baggage that comes with that. The status of his identity, the fact that he was briefly Batman, and even a spy named Agent 37, are all laid bare, but barely touched upon. So if you’re looking to go in completely fresh after a long hiatus, you probably need to do some light reading.

Ready for a primer? An evil Justice League ruined Grayson’s identity, and he subsequently went underground (and undercover) to work as a double agent for the evil spy agency Spyral. Oh, and the Court of Owls (heralded as one of the best Batman villains in recent years) is back as the Parliament of Owls, under new management. Beyond that intro we’re re-introduced to what’s basically a new and improved Nightwing, one who is not only a capable fighter, but a loving and appreciative family member—especially in regards to Damian Wayne, Batman’s son, another Robin.

What we get is a lot of intimate moments with some questionably meme-heavy writing (the dialogue is mostly fine, but the jokes are cheap shots or fall flat). I’m talking Dick and Damien at the arcade, hanging out and talking shop about what it means to be super, with some added Batman baggage to boot. Another classic Nightwing coming of age trope is revisited here, like the fact that he doesn’t really belong in Gotham even though he was raised there; his purpose is to move where he’s needed. All of these themes I’m enjoying as they unfold, and are a nice contrast to Batman’s reserved, static nature.

Sporting a lighter blue than Batman’s getup, he also clashes nicely with what we’re typically used to from artist Paquette, and that hue is kept up subtly throughout, even with flashbacks and shadows. He doesn’t actually become Nightwing again until the very end of the first issue, but it’s a sufficiently cheesy and welcome moment—especially when the great Rebirth costume is unveiled.

I typically check out Batman’s retinue every few years or so instead of following them week by week, but I think I might change my tune for Nightwing Rebirth. It hasn’t given us a whole lot to get excited about other than another rehash of Court of Owls (if it ain’t broke), but naturally there’s potential to take that concept into a new direction. At this point I’m just glad that Dick Grayson is still around, relevant, and doing his own thing.

• Still in its infancy, Nightwing Rebirth shows promise, just like Dick Grayson himself before he took up the mantle of Robin