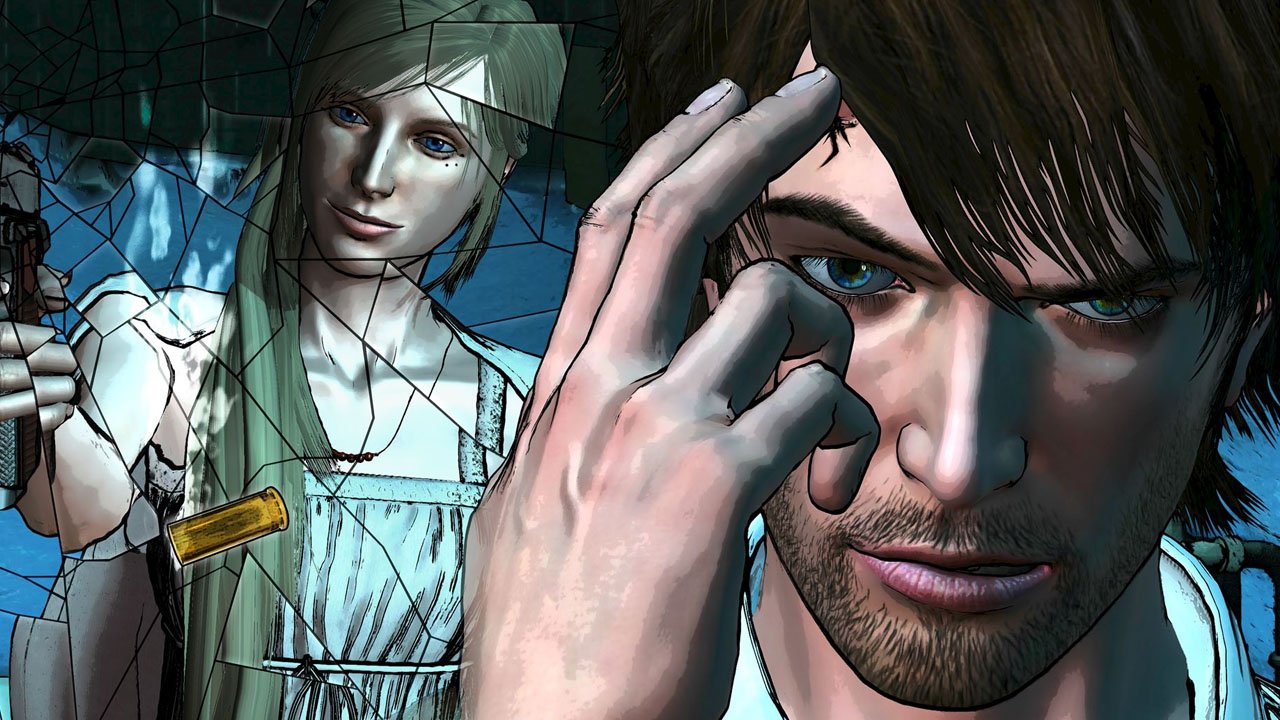 When Deadly Premonition creator Suehiro Hidetaka (a.k.a. Swery 65) first announced the Xbox One-exclusive spiritual follow up, D4: Dark Dreams Don’t Die at last year’s E3, the Xbox gaming landscape was looking very, very different from the one that exists now.  The Xbox One that Swery65 had been tirelessly developing his game for was still being touted by Microsoft as a revolutionary, “always-online” console; used games were fated to become a thing of the past on the platform; and Kinect 2.0 was a mandatory part of the package – it had to be connected for the console to work at all.  It was Microsoft’s hope that by ensuring every Xbox One was bundled with and connected to a Kinect camera, developers could count on the technology being there and would develop games that made full use of the device.  And Swery65 was one of the most enthusiastic developers answering that call, not only designing his episodic murder-mystery game primarily with Kinect in mind, but also suggesting that that players take full advantage of the ability to sit down and “eat popcorn while playing” when the game came out.  Obviously, a lot has changed with Xbox One in the 13 months since that need not be rehashed here, but it can’t be denied that Kinect no longer being a necessary part of the Xbox One experience has stolen much of the motion-controlled thunder from D4’s recent launch.  So is D4 still worth keeping one’s Kinect connected to play, or worth checking out with a controller in the absence of Kinect?  Read on to find out.

D4 is the story of David Young, a former Boston P.D. Narcotics officer-turned-Private Investigator still mourning the mysterious and gruesome murder of his wife two years prior. David, who bears a scar on his forehead from that fateful night was apparently a victim of the murderer as well, and has no recollection of those events apart from his wife’s dying words: “Look for ‘D'”.  The incident also left David with a strange but incredibly useful power, the ability to dive into the past using emotionally charged objects or “mementos” and interact with the people connected to them, just as if he were there. Obsessed with revealing the identity of his wife’s killer in order to avenge her, David now spends his days living a hermits’ life, searching through the evidence of bizarre cold case files brought his way by his former BPD partner, Detective Forrest (Teddy) Kaysen.  Confident that taking on unsolved murders connected to the dangerous drug Real Blood (which is suspected to have a hand in his own wife’s death), David hopes to come across the memento that will lead him to D and possibly enable him to even alter the past.

If the plot sounds a lot like the film Source Code or a countless number of TV dramas that dare to delve into the nature of time travel, you’d definitely be right. But, as this is a game from the same creative mind that brought us Deadly Premonition, you can also assume that the accompanying logic has been thrown out the window and summarily replaced with Swery65’s unique narrative flair.  Which is to say, the story is pretty dumb.  Never mind that David himself has long been ruled out as a suspect despite being at the scene of the crime and not remembering what happened, far more puzzling is the David’s so-called deductive reasoning: All of David’s prime suspects in D4 Season One have a first or last name that starts with the letter “D”, and the leaps of logic that the young gumshoe occasionally has to make in order to decide what to investigate next or whom to accuse make almost no sense at all. Just like in Deadly Premonition, the supporting cast of D4 are truly an oddball lot, ranging in weirdness from a young bikini-clad female squatter in David’s home who mimics the family cat and for some reason sells David consumables, to an oblivious drug-inhaling male flight attendant, a loudly-dressed fashion designer with a mannequin companion as his muse and an intimidatingly-tall black gentleman who likes wearing hospital masks and talking slowly in riddles while he plays with non-airline-approved cutlery (In case you hadn’t already guessed, a good part of D4 Season One takes place on a plane).  The Twin Peaks– inspired vagueness is easily appreciated and the slapstick humor that takes place in cutscenes, conversations and yes, Quick Time Events (!) are certainly enjoyable. However, David’s attempts to wrap up each case with a Murder She Wrote-style explanation only serves to highlight the story’s many plot holes and weaknesses in strong relief.  Hopefully, the next season will embrace the ridiculousness even more and spend less time trying to make it make sense, as Swery65 fans aren’t likely to care anyway.

David’s attempts to wrap up each case with a Murder She Wrote-style explanation only serves to highlight the story’s many plot holes and weaknesses in strong relief.

And then there’s the gameplay.  Designed primarily for use with the Xbox One Kinect camera (using a controller is also an option), D4 asks the player to manipulate David using fairly straightforward motion commands, such as swiping to the left or right with one’s hand to rotate David in the opposite direction, leaning left, right or forward to check for objects in David’s peripheral vision or lying at his feet, hovering one’s hand over objects to more closely examine them and gather clues, and interacting with objects and/or characters by holding a “hand” cursor over the object/character in question and engaging by  “pushing” or “pinching” (closing one’s open hand into a fist over it).  Sadly, it is the most crucial parts of the above interactivity that did not work for this reviewer.  While I had little to no problems performing most swipe actions in one or two attempts, the “pushing” and “pinching” with Kinect felt utterly broken, often requiring four or five attempts before one actually registers, even after recalibrating the camera. In fact, one puzzle late in the game was so difficult to complete with Kinect that I chose to spend credits in order to “auto-solve” it and move on, as the alternatives were either to continue struggling or exit and reset the game to switch to a controller.  In the end, playing the entire game using Kinect translated to several additional minutes of fumbling around in frustration in just about every scene, even when I had a clear idea where to go or what to do next.  Errant hand motions can unintentionally set off character actions and skip dialogues as well, further aggravating the problem (so no, you shouldn’t try eating popcorn while playing).  After playing through the game a second time using an Xbox One controller, it came as no surprise that it was the preferred method,  as it’s far more reliable, faster, and can still be used in conjunction with Kinect for voice commands, albeit the control scheme feeling far less intuitive and much more mundane.

A handful of gameplay mechanics, Synchro Score, Life, Vision and Stamina, succeed in saving D4 from being just another waggle game, but just barely. With Synchro Score, each time the player completes an interactive section or selects a choice in a dialogue tree, the game judges how well and how quickly the player performed the motion and/or how “in-character” the dialogue choice was, awarding a percentage score out of 100. At the end of each episode, players get an average Synchro Score percentage that they can compare on the leaderboards against both their friends and the rest of the world.  Players are also awarded credits for every successful interaction and item discovered, which can in turn be used to buy food and drink items that replenish David’s Life, Vision and Stamina meters.  “Vision” is an Arkham-esque Detective Mode that allows better perception of interactive objects within David’s field of view, and can be called up at any time at the cost of draining the Vision meter.  If David suffers enough injury to deplete his Life Meter, he’ll collapse and force the game to restart at the last auto-checkpoint, but the same can also occur if David runs out of stamina. Now here’s the ridiculous part: practically everything David does costs stamina, including the simple act of opening a door or examining an object.  In otherwords, David is far more likely to collapse just from looking around the environment than from a fight, so players had best visit Amanda the cat-girl often to purchase and consume stamina-restoring treats to keep that outcome from happening.  However, a collapse simply results in a reload of the last checkpoint along with a replenishment of David’s meters, so in some situations it’s easier to just let David “die” and reload… completing a level with no deaths has little more value than bragging rights in D4.

At the end of the day, D4’s enjoyment mileage will vary depending on how big a fan you are of Swery65’s past work, how you feel about quirky Japanese titles in general, and whether you use a Kinect or not. On its own as a $15 downloadable title, this two-episode chapter in what is hopefully not both D4’s first and last season provides about three hours of content, but can be replayed for better scores, and when played with a controller it’s far more bearable in addition to being occasionally fun.  But for anyone looking to D4 to justify holding on to their Kinect, they are likely to be sorely disappointed.  In fact, for this reviewer, D4 stands as compelling proof of how Kinect 2.0 still isn’t and likely never will be ready for prime time.  It’s a shame, as had the controls been perfect, D4 could have been the game to vindicate Kinect and spur more creative projects for the device in the future, but personally I would much rather see an improved D4 sequel without Kinect controls whatsoever if it meant the survival of the franchise.

D4 is the story of David Young, a former Boston P.D. Narcotics officer-turned-Private Investigator still mourning the mysterious and gruesome murder of his wife two years prior. 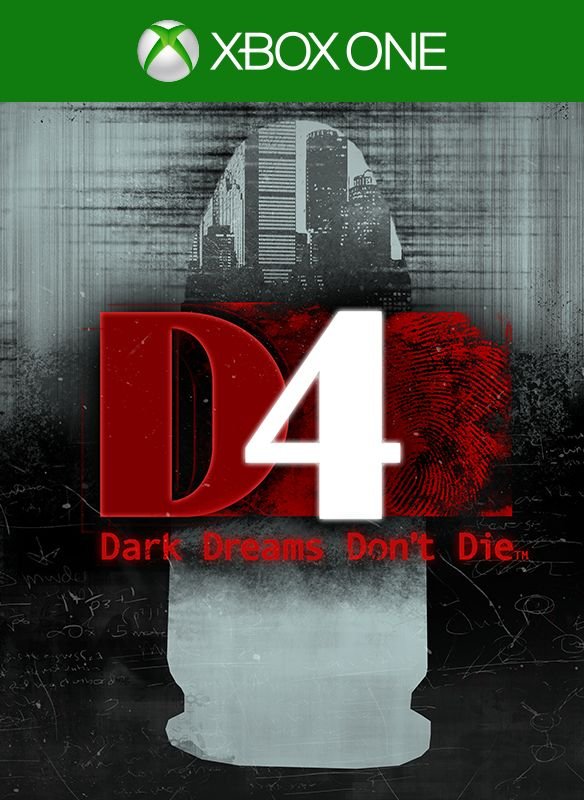