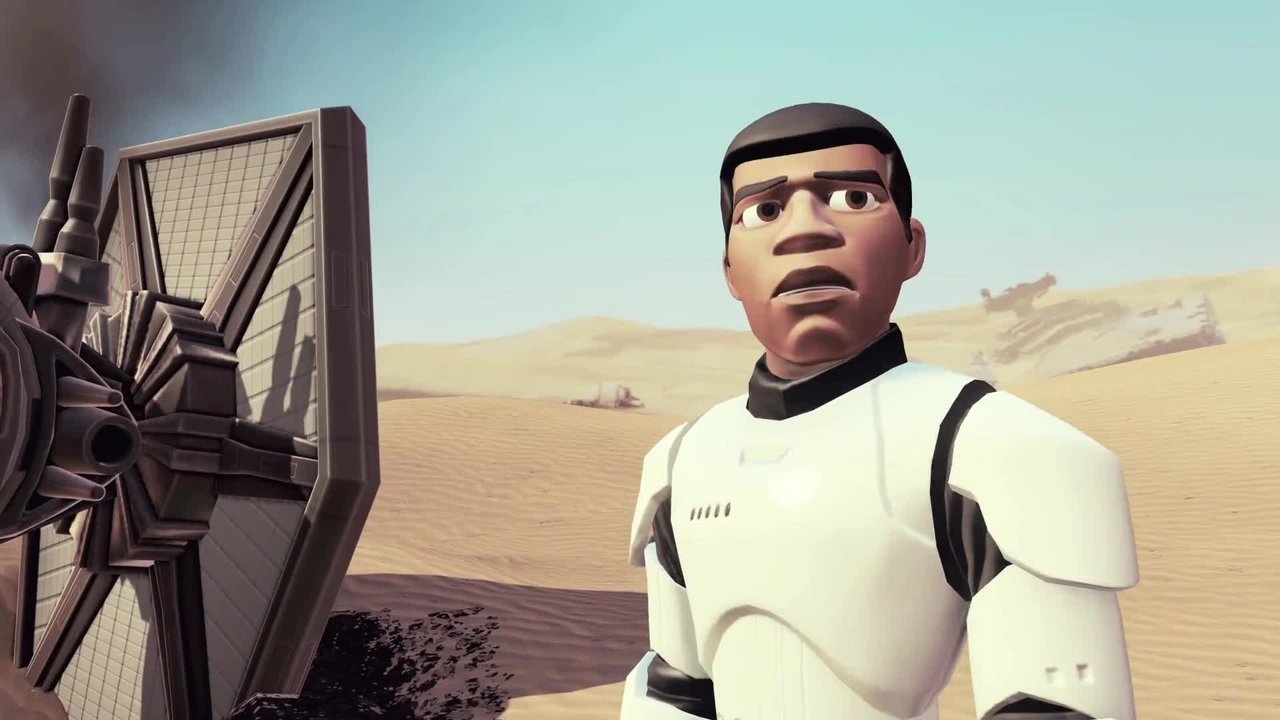 The theatrical release of Star Wars: The Force Awakens opened to extreme hype and fan expectation and has been wildly successful, breaking records and bringing new fans to the series. Now fans can experience the film in the cutest form available: Disney Infinity.

Essentially, The Force Awakens feels like an expansion pack to the Disney Infinity 3.0 starter pack. It has the same feel as Twilight of the Republic. The gameplay is similar, the style and the enjoyment all mimic the previous Play Set I reviewed, and there is nothing wrong with this. The Twilight of the Republic Play Set was quite enjoyable, so being able to continue that enjoyment at a lower price point than the starter pack will be gladly appreciated by fans—especially Star Wars fans.
The combat is fluid, except I did miss wielding The Force. However, this does allow the player to feel more growth as they continue to progress through the campaign. In Twilight of the Republic, players start with some very strong skills, such as The Force or lightsabers, yet in The Force Awakens, players start out as just a regular person, without extreme skills. This means with each combat skill upgrade, players really do feel as if they are advancing and growing. This feeling of growth allows for a more satisfactory experience than Twilight of the Republic. Yet the gameplay is still simple enough for younger Star Wars fans to be able to easily adopt and play through the campaign. This is a great way of allowing children who may be too young for the theatrical release to enjoy the core story of The Force Awakens. For non-Star Wars fans, The Force Awakens is still a wonderful choice for a split-screen experience to share with your children. The puzzles are simple but enjoyable, the flying is on rails at times making it rather easy but still rewarding to shoot down enemies, and overall, the game is accessible enough for younger players, but satisfying enough for all ages.

The story somewhat follows that of the theatrical release of Star Wars: The Force Awakens. While the story is not exactly the same (scenes are changed, characters are swapped and it is abridged), I would still have a very difficult time suggesting fans play this who have yet to see the movie. However, if you have already seen the movie and enjoyed it, I do recommend playing this Play Set. I would even recommend that Star Wars toy collectors consider picking up this Play Set merely for the wonderful figures that come with it. It is difficult at the moment to find figures of Rey; however, this Play Set comes with a wonderful figure fit for any toy shelf.

Disney Infinity The Force Awakens Play Set is a great companion to the theatrical release and will make an excellent piece of entertainment to help hold fans over till the next movie release. Disney is taking all the Star Wars they have and throwing it at the Disney Infinity fans, and so far, it appears to be working. I haven’t had a chance to play the Rise Against the Empire pack yet, but I fully intend to since I’ve greatly enjoyed these other two Star Wars themed packs.

The Force Awakens feels like an expansion pack to the Disney Infinity 3.0 starter pack. It has the same feel as Twilight of the Republic. 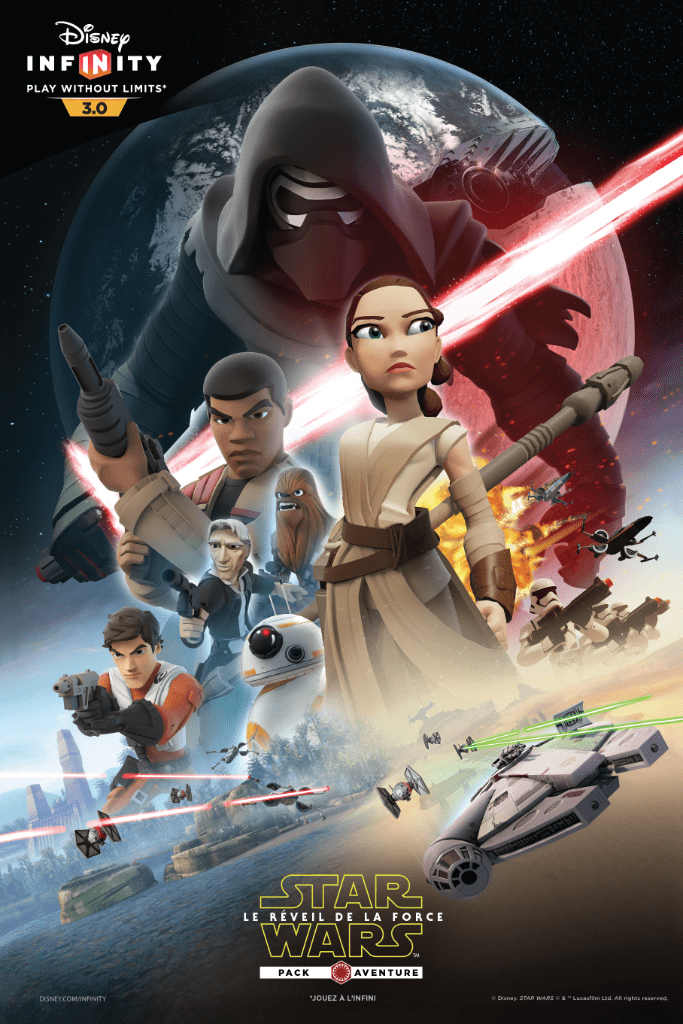