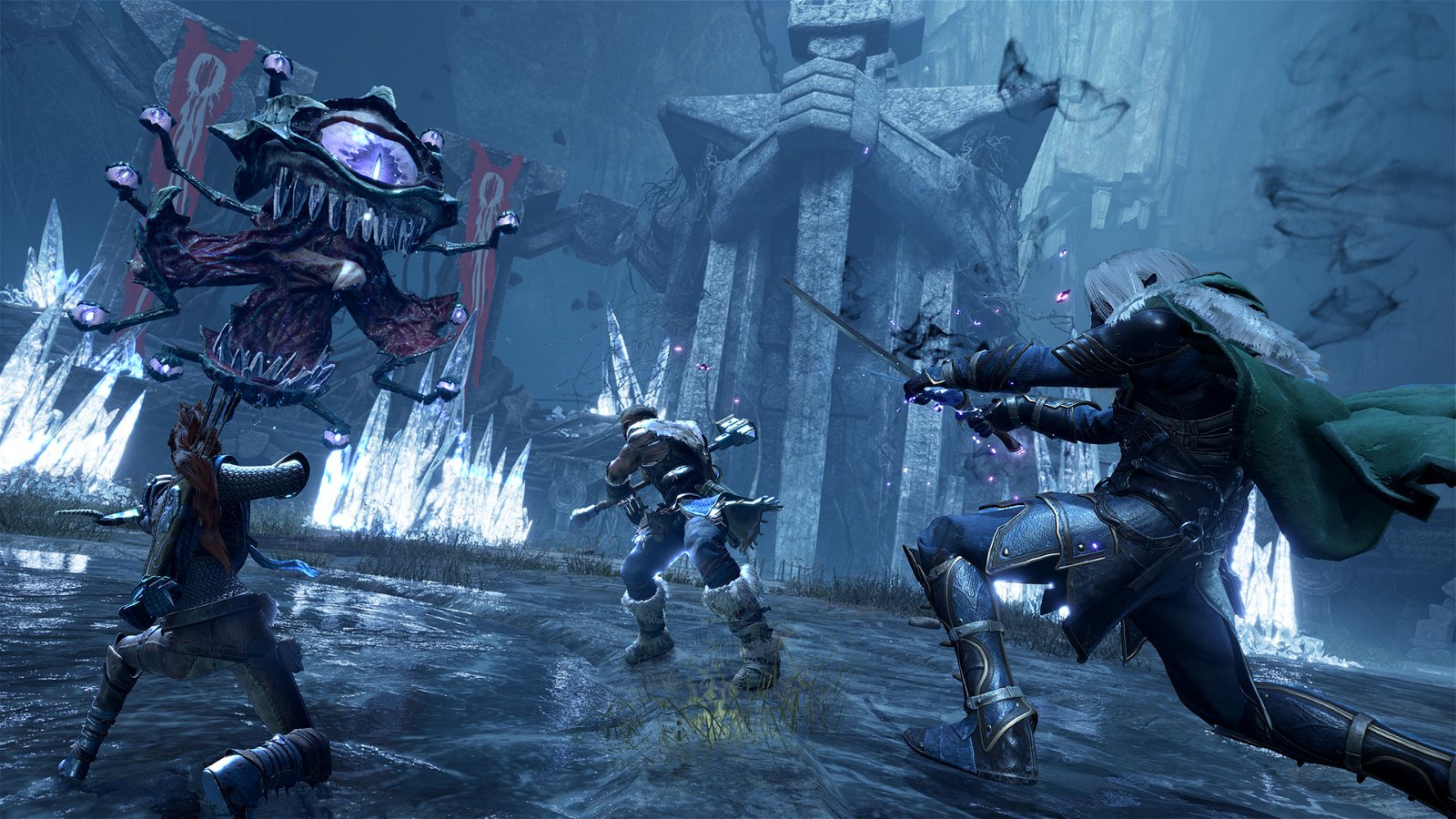 Where would the RPG genre be if not for Dungeons & Dragons? The world’s premier tabletop roleplaying game has long enjoyed a symbiotic relationship with video games. Yet, developers have had varied success in creating tie-ins and adaptations to honour it.

With Dark Alliance, Toque Studios and Wizards of the Coast attempt to break that trend by turning to iconic characters, the Companions of the Hall from R.A. Salvatore’s bestselling novels. Bruenor, Catti-brie, Wulfgar, and especially Drizzt Do’Urden have been the poster children for the Forgotten Realms campaign setting for years. Drizzt has popped up in the likes of Baldur’s Gate II,and was a bonus unlockable character in Baldur’s Gate: Dark Alliance 2, but this is the first starring role in a video game for the foursome.

Unfortunately their debut is not the strongest possible showing. Dark Alliance is a pretty straight-forward hack-and-slash adventure with modern looter elements and online multiplayer sprinkled in. At its heart, it wants to be a four-player adventure, but for  now only accommodates online play with very little cross-over between various systems.

Upon launching, the player is dropped into the hub stage, Kelvin’s Cairn, where they can select a stage, gather their party, and manage their gear. From the get-go, those who are invested in the source material will begin to see little nods, from the way the merchant (incessantly and unavoidably) rambles about his friend Regis the halfling’s exploits. The dev team’s love for the Forgotten Realms shines through in many places.

Once into gameplay, however, the immersion falls off. Exposition is handled either in narrated blocks of text on the stage select screen or in muttered comments during the stages, but the stakes are never present. We are told that the invading forces are driving away the inhabitants of the Dwarven halls we explore, but we never see this except for the briefest of hints in infrequent, short cutscenes. Instead the Companions move from area to area, clashing with foes who stand around campfires and such until blatantly provoked, and smashing destructible scenery to find collectibles along the way.

It’s a shame, in a way. You can tell the team did their homework before they stood up in front of the class, but the presentation they’ve delivered doesn’t quite tell a compelling tale or get its point across fully. While the characters look, move, and speak like their literary counterparts, they face little more than a very barebones gauntlet of foes and “find the key” objectives.

This all rests on the interesting yet flawed foundation of the battle engine. You have standard hack-and-slash fare like varying attack intensities, ranged attacks, special abilities, and ultimates, with new techniques unlockable from the hub. A D&D-style character sheet drives your development, with each level-up granting ability and feat points to invest. Most of the time, however, this boils down in gameplay to hammering on your chosen enemy with a mix of light and strong attacks until it dies. Group attacks can spice things up if you’re playing with companions.

A Challenge Rating strives to keep things engaging on repeat playthroughs. In theory, one can tailor the difficulty of a stage to suit the current power of their party. Dark Alliance is a breeze on the lowest setting, becoming mindless as you reach higher levels and better gear. However the Challenge Rating lends an almost arbitrary level of difficulty.

“At its core, Dark Alliance is meant to be played with friends…”

After the first stage, I was rated high enough to attempt the act 2 on the difficulty scale’s second notch. Rank-and-file enemies buffed up accordingly, but I found myself taking a disproportionate amount of increased damage, even from the base environmental hazards. At the end of the level, the final boss would clear half my health bar by sneezing in my direction, or contort his spine to always strike me as I strafed around for back-attacks. Targeting and dodging are already somewhat tricky without this added complication.

Upon dropping back to the base difficulty, I returned the favor with cathartic ease and wiped the proverbial dungeon floor with him. This challenge rating discrepancy evened out in later stages as my gear and character improved, but in the current build, players should take these ratings with a grain of salt.

There is one interesting mechanic to be found in the checkpoint system. Upon clearing certain points in a level, the party leader can choose whether to take a short rest and make a checkpoint, or forego it and increase the loot quality modifier. In theory this could create fun bickering between players, but I didn’t notice much change in the caliber of my drops on lower difficulties.

At its core, Dark Alliance is meant to be played with friends, and I can see the appeal—if, of course, your friends are on the right configuration of platforms. As of this writing, the game doesn’t support cross-platform play, nor cross-gen in the case of PS4, and couch co-op will be added later. You can invite randoms to your party with relative ease, though this is the only time I encountered a bug in my playthrough, when a key object floated in mid-air, unreachable for a whole minute.

Dark Alliances has potential but lacks polish. This could be improved over its post-launch road map, which will add a fifth, magic-using player, but as it is, only diehard fans of Salvatore and D&D should apply—and hopefully bring their own party of comrades.

Dark Alliance lacks compelling narrative and gameplay variety, despite being steeped in lore from its source material. 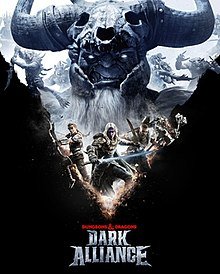