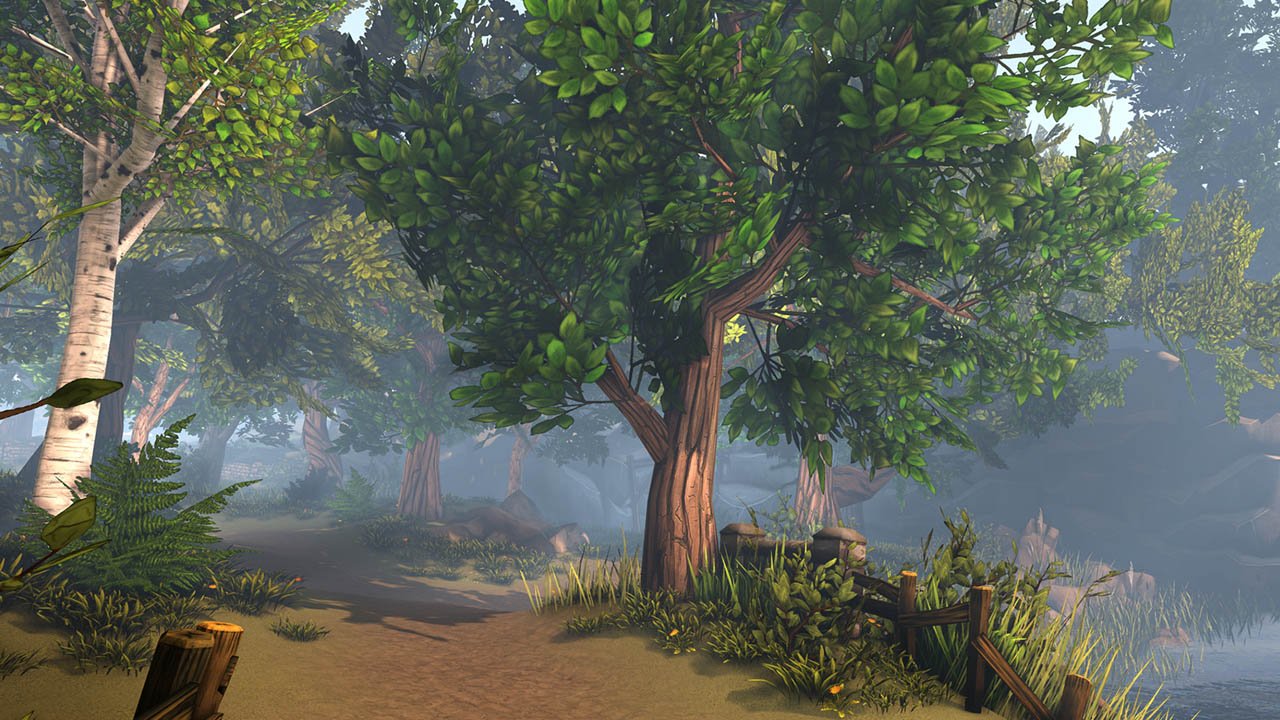 Until the very end, I never knew quite how I felt about Ether One. It confused and frustrated me, teasing me with information but never quite showing its entire hand. Once I reached the ending, however, everything suddenly came together, and I sat back with the distinct feeling that I had just played something compelling and fascinating in its ability to completely subvert my expectations.

It’s a strange and mysterious even from the very beginning. I first stepped into the lobby of the Ether Institute, finding posters on the wall advertising help in regaining lost memories. As I walked, I reached a sign in desk and was instantly greeted by a pleasant woman’s voice over the loudspeaker instructing me to meet her in a test chamber across the building. As I walked, I found cryptic reports about the human mind, logs about experiments gone wrong, and a felt a slight sense of anxiety toward what I was about to do.

I finally reached the chamber, learning of my true reason for being in this place. As it turns out, I was a Restorer, a person whose job was to enter into the fractured minds of people with Dementia and help them reclaim their lost memories.  In this assignment, I would work with the intrepid researcher Dr. Phyllis Edmonds to help a woman named Jean Fletcher reunite with memories that had long gone dark in her mind.

This was done by entering into key locations in the patient’s history and exploring, slowly uncovering the story by interacting with various objects, solving a handful of puzzles, and reading through the many letters, books, newspapers, and notes scattered throughout the vacant world.

The more time that can be spent with Ether One, the better. It’s not an experience that is meant to be rushed; rather, the best way to play is by slowly taking everything in, picking up random objects and trying to figure out why they might be important and how they could be used within the world. Truly, it operates at a slower pacing that will not be favored by all, and the fact that it is so open and directionless makes for occasional frustrating moments when the player is unsure of their next objective. That aside, exploring and watching the story pull itself together merely from interacting with objects is a difficult task that Ether One successfully pulls off with bravado.

Exploration and discovery, however, aren’t necessarily the sole reasons why this game succeeds on its front. Meant to be an experience that portrays the fragility of the human mind, Ether One has a rare narrative able to branch out and trap the player in an experience that can only be described as meta. Throughout the game, you’ll witness this woman’s mind unraveling into utter chaos, but there will be moments when you’ll begin to wonder for yourself what is real, what is fake, and what is happening in your own mind. It borrows the best elements of Christopher Nolan films in its ability to turn things upside down and leave you questioning your own sense of reality.

Being able to use the unique interactive nature of a game really helps to bolster Ether One’s powerful story. Because you’re largely in the dark while discovering different plot elements, you’re not only helping someone with Dementia, you’re often living it, experiencing much of the same frustrations and mental noise from a first person perspective.  This sort of interaction makes Ether One a unique lesson in empathy and a wonderful example of how powerful a game’s narrative can truly be.

Being able to use the unique interactive nature of a game really helps to bolster Ether One’s powerful story.