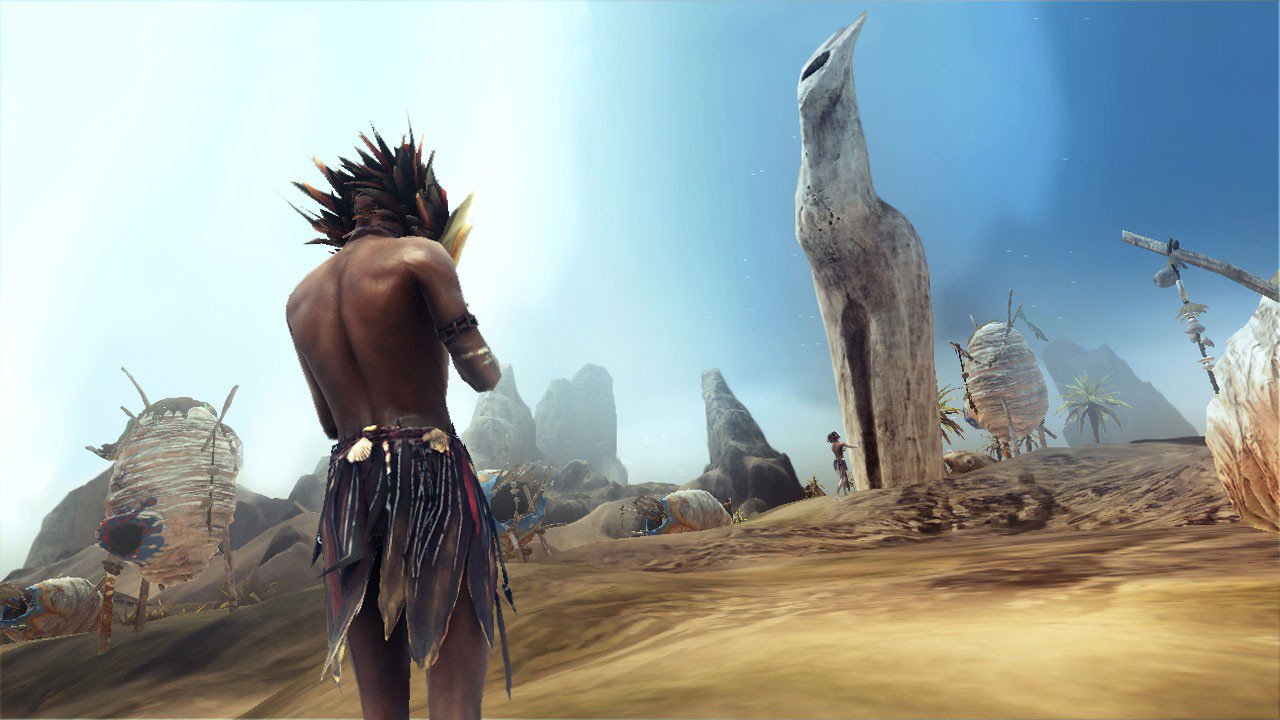 It’s been years since players were put in the position of a deity responsible for the welfare of a people. For the most part, Peter Molyneux has dominated that landscape, first with the genre defining Populous and then much later with Black & White one of the last of the big, commercial “God Games” to hit the shelves. But leave it to the French, and in particular Eric Chahi, to return to this little played genre in today’s market to create something simple, elegant and just what desperate fans of the genre need, even if it’s not everything they might hope for.

From Dust puts players in the role of “the breath,” the divine force that must guide a masked tribe through various lands in order to uncover the mystery of what befell their ancient ancestors. It’s a simple story that hearkens back to a simpler time in gaming. Additional information is available for players to read up on the mythology Chahi and company have created for the game, but it’s purely optional, and entirely unnecessary for the experience of literally shaping the world for the benefit of your worshippers.

The visuals, particularly for a downloadable game, hold up well. Once again, the unusual flair the French have for art direction is present here. The tribe of people are all masked with lively, motion captured movements that you can zoom in to watch. The water, earth and lava elements all have an impressive density that feels true to their respective materials, and when a massive tsunami begins thundering towards a hapless village, the sense of scale and destructive power is impressively captured. The sound side of the equation takes a different approach, playing more minimal to the games rich visuals. There’s little in the way of music, and the dialog uses a fictional language so you’ll never understand what the tribe is yammering about amongst themselves. The audio effects, however, will take full advantage of your subwoofer and speakers if you have the right set up. Between the floods, storms, volcanoes and shifting earth, this is a game goes deep with rumble effects. It may not have much in the way of explosions, but when a volcano erupts, you’ll definitely know it.

In some ways, From Dust is actually a process of streamlining the God Game genre. Though it’s obvious that it holds Peter Molyneux—and in particular Populous—in high esteem, the game is less concerned with the advancement of society, so much as it is the physical safety. There is no morality to contend with, no enemy tribes to conquer or be conquered by. Every round of the game starts the same way with the same objective. The round begins with the tribe in a new land and villages must be formed in order to access the portal to the next level. Along the way, various environmental hazards threaten the safety of the people, and these must be negotiated by using the powers bestowed upon you by forming specific villages with specific totems that grant powers, like solidifying water, or temporarily generating infinite amounts of earth. In addition, certain powers like repelling water or lava can may be scattered somewhere on the map and it is up to the player to eventually shape a path so that a villager can find it, return with it and share it with other villages. Obviously in some levels—such those with a recurring tsunami—the ability to repel water isn’t just a nice option but an absolute necessity in order to survive.

The game is elegant in its simplicity. By stripping away all the societal requirements that games like Black & White imposed on players, From Dust returns to a purer version of the genre and focuses on the impressive physics engine created for the game. Rather than a straight up God Game concentrating on the spread of civilization, From Dust treats each level like a puzzle, with different environmental conditions that require the player to understand the properties of Earth, Water and Fire, and use the tools appropriately in order survive. This also means that there are multiple approaches to the different levels, with more patient players able to fortify their villages against the rigors of the elements, while the more daring can play it fast and loose, staying just ahead of floods, lava flows and other hazards with timely changes to landscape to divert the elements according to need. Depending on how you choose to approach the game, the total duration can last anywhere from 6-8 hours, which is pretty decent value for a downloadable game. Add onto this the challenge maps that put players through even more strenuous conditions and the lifespan of the game gets longer still.

Unfortunately, all is not perfect with From Dust. Although the physics for manipulating the environment are almost beyond reproach, the AI for the tribal villagers can seriously hamper the experience. Players can never directly control the villagers, confined instead to directing them to village totems or the occasional artifact. Once the command is issued, a trail of light will appear that shows the chosen route the villagers will take. Some of their preferred routes can—and will—ignore optimal paths you’ve built for them. Other times, the command to go somewhere can be issued but simply be ignored until the order is given multiple times. The villagers themselves will also—intelligently—stop when they encounter a river of water or lava they can’t cross, but will walk straight into an oncoming wall of lava or water without hesitation. In this regard, the AI, while mostly functional, can occasionally work against the player at the most inopportune times. There is also a sense of incompleteness to the game. While the basic principle of manipulating the elements gives players a lot of leeway in how they negotiate each level, the abilities themselves are fairly rudimentary, leaving a sense of vast, untapped potential for just how far the powers and levels can be taken. For example, water can be picked up, solidified and evaporated, but there’s no ability to create clouds, storms, or other applications of water in its many forms that could be put to more subtle use than just moving it from place to place. Similarly, moving earth is one of the primary activities of the game, turning the player into a glorified tractor or dump truck, but going a step further and giving the player the ability to control earthquakes or even earth in the form of sand opens up more possibilities. It’s been stated in the past, however, that there are hopes for additional add-ons to the game, so there’s still a chance that further enhancement can occur in the future.

In the end, From Dust is still a simple, engaging God Game that fans of the genre should have no hesitation in picking up. Part of that is simply because it’s a new entry that doesn’t embarrass itself in an otherwise barren genre. The other part is, at a price point of $10 or 800 MS Points, it’s a lengthy, quality experience for a downloadable game.

In the end, From Dust is still a simple, engaging God Game that fans of the genre should have no hesitation in picking up. 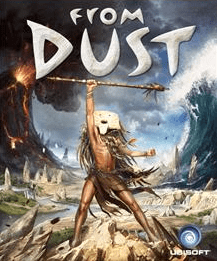