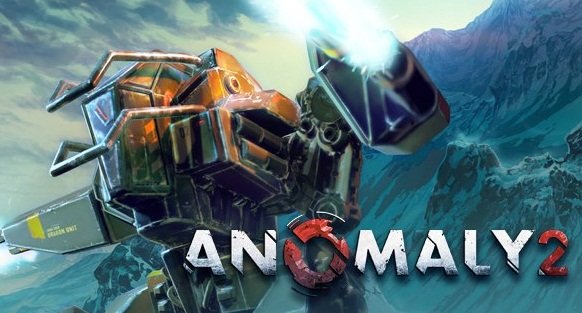 It’s not common to see an entirely new genre of video game arrive on the scene, but being fresh on the menu isn’t the only reason Tower Defense has enjoyed tremendous success over the past decade.

Popularized by the malevolent minds of Warcraft III modders, the concept of destroying multiple incoming waves of varied creatures or machines with fixed emplacements can – if balanced properly – provide hours of brain-bending fun. Eventually however it will all become a bit samey, which is where the original Anomaly: Warzone Earth stood out in allowing the player to control the attacking units rather than just kick back and watch towers crumble.

Good news then that sequel Anomaly 2 is largely more of the same. The five hour campaign mode kicks off with some amateur sci-fi storytelling to get escapists in the mood, although anyone considered too old to be enthralled by a plot with the scope of Thomas the Tank Engine will likely want to skip to the action. No great loss; the success of games in this genre is seldom measured on any ability to impart a compelling story anyway.

As with many games, the key to victory lies in understanding which units should be deployed at the most opportune time. Anomaly 2 features a host of new machinery standing ready to roll out at the whim of the player, almost all of which can now transform physically into alternate units on-the-fly. The placement of these units in the slow-moving chain of attack can be crucial too – identifying which units can alternate between long-range, wide-angle firepower and close-range, heavy bombardment along with their relative position to other units, is often the difference between success and total failure.

Many missions require a healthy dose of strategy to find the optimal path through the defender, with some even demanding pretty precise navigation in order to succeed at all. The campaign is not only mentally rewarding to conquer; it’s also one hell of a tutorial for the more complex themes present in multiplayer.

It’s a bit of a shame then that the multiplayer is unlikely to provide a long-term base for fans of the series. It is conceptually brilliant and a great deal of fun, but the learning curve for what should really be a pretty simple concept is likely too high for casual players.

The net result of the complexity between gathering resources, placing or rebuilding towers and managing power-up abilities is a last-minute spamfest of slamming down multiple towers in an effort to halt the advancing convoy. Which isn’t a crazy strategy unless you’re playing someone who is smarter than you, which will almost always be the case because you’re a seasoned gamer and watching tutorials is for people who play Korean MMOs, right?

Happily, whilst your units are being obliterated, at least the design of the game can be admired. The post-apocalyptic backdrops are detailed, as are the unit animations and sound effects. Anomaly 2 punches well above its weight and tries hard to present itself as a serious title in stark contrast to a $15 price tag.

As with many fast-paced strategy titles, the old maxim of “less is more” rings true, and it’s hard not to wish that Anomaly 2 came equipped with some kind of skirmish mode where various hard-to-master core elements were disabled in favour of quick-fire scrapping instead. Tower Defence titles are fantastic after a hard day at work, or a vertically challenging night at the bar, so Anomaly 2’s emphasis on deep concentration could push this otherwise excellent title past its target market.

Despite all that, Anomaly 2 still represents terrific value for money, and is a welcome addition to a genre that shows no signs of slowing down.

Tower Defence titles are fantastic after a hard day at work, or a vertically challenging night at the bar, so Anomaly 2’s emphasis on deep concentration could push this otherwise excellent title past its target market.
REVIEW SCORE
8
File Under: