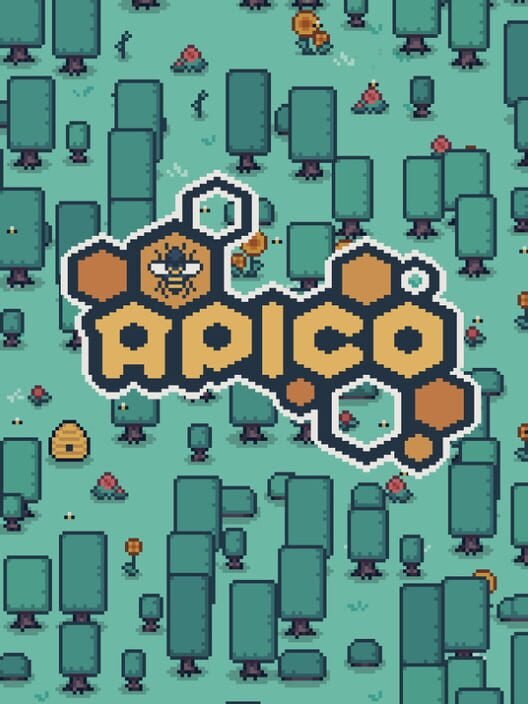 Why not celebrate World Bee Day with APICO, a new beekeeping sim game from Whitethorn Games? Okay, I’m a day early, but the game will be released tomorrow, when everyone else can jump into the deceivingly complicated simulator, and I mean that in a good way! Maintain your hives, sell your goods, gather materials, and craft. What’s not to love?

I grabbed this game because I’ve recently fallen in love with adorable sims between my time spent in Stardew Valley, Alchemic Cutie, and Cat Cafe Manager. This time around, I dove into a completely new environment, filled with forests, water and, you guessed it, bees.

APICO has a surprisingly detailed character creator, especially for a small indie title, with plenty of options for hair colour, skin colour, and your outfit. Of course, you aren’t editing facial features here, but there are quite a few options for this kind of game. On top of this, each NPC is labelled with pronouns, she/her, she/they, he/him, he/they. Not only is APICO forward-thinking about saving the bees, but Whitethorn Games has managed to make this adorable indie game far more inclusive than even some AAA games out there.

“APICO isn’t just a simple beekeeping sim, it actually manages to bring science and education into the game.”

Once you dive into the game, as with all other sim games out there, you are taking over your grandparents’ Beekeeping family tradition, moving to the wilderness, and starting your new life. APICO seems very simple when you get started, with several full guidebooks acting as both tutorials and quests along the way. Originally, I thought the books were overkill, and hand-holding the player a little too much. That was, until I got into cross-breeding.

APICO isn’t just a simple beekeeping sim, it actually manages to bring science and education into the game. I won’t lie, I thought I was breezing through the game, but biology was never my strong suit, so understanding what goes into cross-breeding different kinds of bees had me a bit stuck. After re-reading the guidebook about 30 times, I finally got the variant needed to move on, so I am definitely thankful for the hand-holding after all.  You can even cross-breed the flowers and plants, so there is a lot to keep in mind. It was an exciting level of challenge in an otherwise relaxing simulator.

Something I really enjoyed about the game is that it doesn’t take itself too seriously. Though you are dealing in actual biology, learning and conservation, APICO is still full of little jokes and puns that could make an otherwise tedious guide sweet and charming. So, so many bee puns. It even goes so far as to mention themselves on socials if you were so inclined to give them a shout-out (#APICO and @apico_game on Twitter).

“It’s great how the materials are all intertwined, requiring you to fully experience APICO, and not just stick to a small corner of the game.”

The game play can really vary in APICO too. You can absolutely go off, explore, harvest, and craft whatever you want, but eventually you will run into a shortage of material, whether it’s wood, crafted mats, or honey. Every material in the game seems to be needed in some way or another in each crafting recipe. This could be in any stage of crafting, from beginning to end. It’s great how the materials are all intertwined, requiring you to fully experience APICO, and not just stick to a small corner of the game.

Starting small, you begin with crafting a workstation and home, with a few bees, but you move on to being able to explore the vast map in a wee boat, and nothing could be cuter. Crafting comes in many forms, from your regular worktable, to fermenters, to infusers, bee boxes, extractors, and more. Getting the hang of what tables you need for what is a challenge, and another time, I’m thankful for the guide. You eventually sell Apicola for profit, making the whole economy go ‘round.

Something I don’t normally notice is the soundtrack to the games I play. I often mute additional music while keeping sound effects on. APICO actually has some beautiful music and sound effects, and reminds me somewhat of the background music in Minecraft. Crafted by @MothenseMusic, I found the soundtrack relaxing and rarely turned it off.

Additionally, the sound effects are incredibly realistic. When I minimized the game, I didn’t realize the sounds would still play in full force, to the point where I went to the window to listen to the insanely noticeable crickets—it was APICO. Something else to note, if you aren’t properly paused, the game will continue to pass time, whether it is minimized or not. I managed to spend 23 days just standing there when I left the game idle, so watch out for that.

The good news, though, is that stamina isn’t a thing in this simulator. You won’t pass out in a field. No strangers will be carrying you home and rifling through your pockets. You don’t need to sleep, though you can if you need to pass time. In the entirety of testing, there wasn’t a minute that I didn’t have something to do, like gather honey, tap trees, or collect materials, so I never slept. I originally didn’t love the idea, thinking it would take away from the sense of accomplishment, but with so much to do, I think needing to sleep would have become frustrating.

When I say there is a lot to grasp in APICO, I’m not kidding. I thought I would be getting a simple, mindless sim, and ended up needing to do some real work to keep up with my bees, materials, and breeding. With over 30 breeds, you could spend an insane amount of time science-ing to get the right combinations. APICO brought a lot more to the table than I expected, and I am excited about jumping back in, even if they’re sneaking in education.

The game retails for $19.99 and “a portion of APICO’s sales will bee donated towards national and international bee, beekeeping, and wild bee conservation charities”. The game provides more than enough gameplay to make it worth the cost, and on top of that, they are helping some really important causes. That alone makes APICO worth it to me.

I didn’t know I needed a beekeeping simulator in my life, but APICO brings a great balance of education, relaxation and resource management that keeps me coming back for more.
REVIEW SCORE
8.5
File Under: Sim, Simulation, Simulator, Video Games