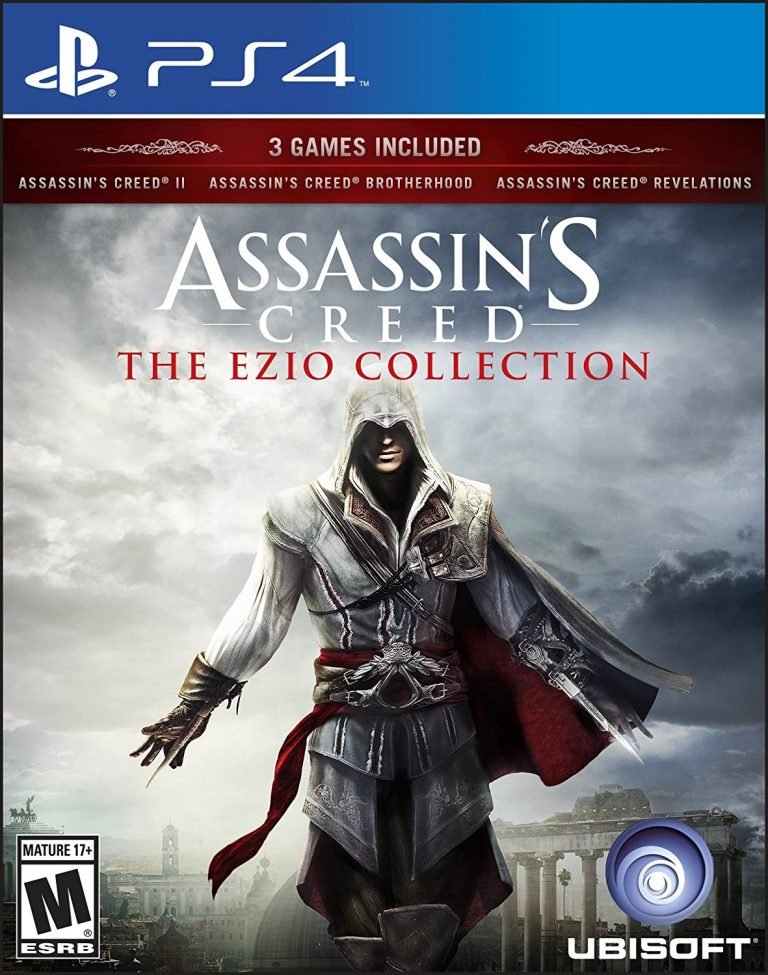 There was a time when I genuinely enjoyed the Assassin’s Creed series. The first one was refreshing and innovative, and may very well be my favorite game from that generation. I’ve bought two copies of Game Informer in my life and framed their covers: one was for Ghostbusters the other was for Assassin’s Creed 2. But after seven years and eleven games, each more rushed out than the last has made my heart weary and what once was a burning desire for the series is little more than a few smoking embers. Assassin’s Creed: The Ezio Collection is like a bucket of water on those last embers.

The Ezio Collection is made up of Assassin’s Creed 2, Assassin’s Creed: Brotherhood, and Assassin’s Creed: Revelations and even includes two mini-movies: Assassin’s Creed: Lineage, and Assassin’s Creed: Embers. The games are literally the exact same, though. Sure, they’re marginally polished up for HD, with some minor aesthetic fixes to better present the illusion of enhanced graphical fidelity. Yet, somehow these “enhanced” graphics have only brought about issues, like the infamous staring man, or a moment during my playthrough where a child’s pupils disappeared and he stared at me with giant bug eyes. Not only that, the enhanced visuals make the whole thing look dated as distant buildings look like cardboard boxes; too far to render texture, but clear enough to see details painted onto it.

In fact, “dated” is probably the operative word because even the gameplay just feels stale now. Free-running is clunky and unresponsive, and while I may have forgiven that in 2009, there’s no chance I will now in the The Ezio Collection. Combat is mundane and only got progressively easier. When it was new it was actually interesting, but we’ve done the same thing over and over, game after game and it’s hard to get excited about doing the same thing again three times in a row. While I’ve seen some major climbing glitches on the Xbox One version, I personally never ran into any major glitches outside a few moments when Ezio blinked onto a ledge, or during a kill animation.

I don’t even know who this collection is even supposed to be for. It’s not like it could be for newcomers to the franchise who might have missed out on the last console generation, since they’d be jumping halfway into the story. Fans of the series would’ve already bought and played all three of these games (I know I did) and it’s not like they’re inaccessible classics. Are fans really interested in buying the same three games again, after four recent games that were nigh identical?

I honestly have nothing else to say about Assassin’s Creed: The Ezio Collection. It’s a product that just makes me tired. Tired of seeing the games from three years ago on store shelves as if they’re new things. Tired of the amount of effort being pulled from making new games and being poured into re-releasing whatever beloved game publishers think they can squeeze a few more dollars out of.

Tired, most of all, that it doesn’t seem like this trend is ending or even slowing down.

Assassin’s Creed: The Ezio Collection is a product that just makes me tired.
REVIEW SCORE
5.5
File Under: Assassin's Creed, Ubisoft