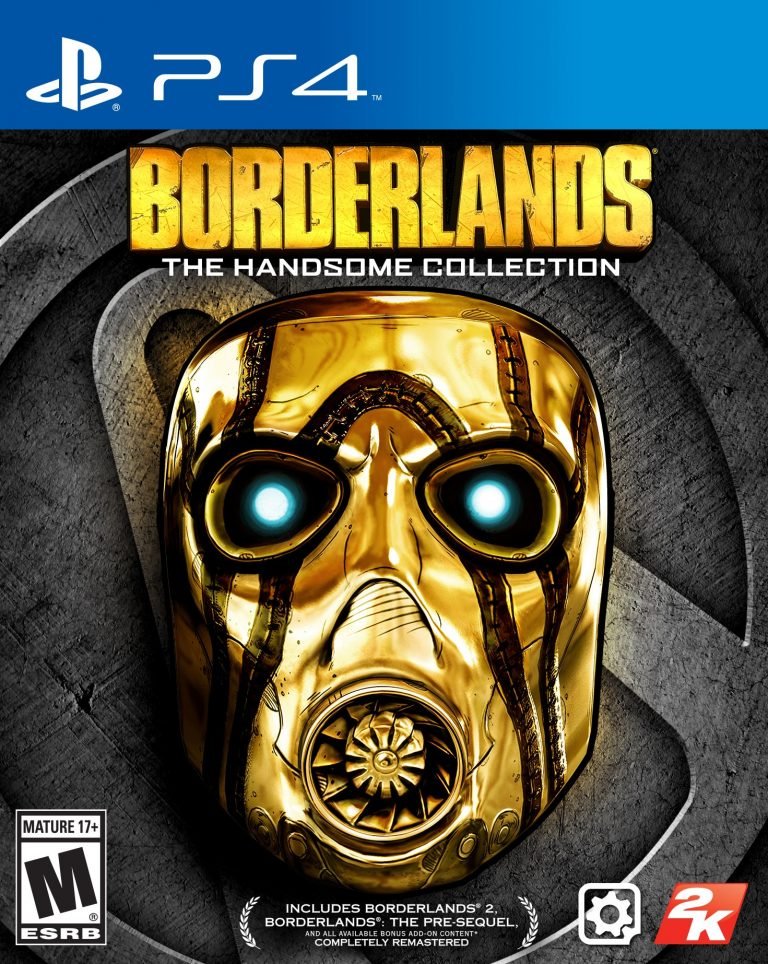 If the seventh console generation started the trend of HD remasters, it’s this current eighth generation that has taken the idea and not just run with it, but put it on trans-light starship and set it circling the galaxy such that every sentient world in the cosmos can see it in the sky. With seemingly every major publisher jumping into the fray, was it really any surprise that eventually 2K Games would do it with their biggest franchise? Nope. And now here we are, with not three, but two Borderlands games on current gen consoles for $70. It is it worth it?

Vaults that need opening, four bad ass main characters, and a guy named Handsome Jack. That about sums up the main points of both games in this collection though the name Pre-Sequel should tell you what the chronological narrative order is of these games is, if that sort of thing matters to you. However, if you haven’t played these games before, I’d still recommend you play them in chronological release order, as the Pre-Sequel will make more sense that way. The original Borderlands is conspicuous in its absence, especially for a remaster at full price, but mechanically it doesn’t play as well as these later games, though it’s certainly missed for setting the stage for the Borderlands world.

On the technical front, this remastered collection gets the most important concern out of the way; 1080p resolution at 60 frames per second. Good ol’ Unreal engine is still being Unreal in that the textures can still occasionally take a few seconds to properly load in, resulting in the now familiar “snapping” of blurry textures into sharpness. That aside, PS4 and Xbox One owners are now getting the PC version of these games, but, perhaps more impressively, they’re getting the one thing PC players don’t get; local couch co-op. Both games support up to FOUR players locally, and with two players, the frame rate struggles to maintain 60 fps, but still manages to stay above 30. It drops to a still acceptable and expected 30 or less when 3-4 players are involved, but the fact that four players can enjoy a game together on a non-Nintendo console is almost a miracle in this day and age. Curiously, if you play the game in local multiplayer, it seems like the hit to frame rates remains even AFTER other players drop out, though this is fixed simply by quitting out of the game entirely and resuming where you left off in strictly single player.
Now, as for the games themselves… By God, there’s a whole lotta’ game in here. The Handsome Collection keeps players up to date with all the DLC currently available for both games, which, in the case of Borderlands 2, is a metric ton, and for the Pre-Sequel respectably growing. The PS4 version is cross save compatible with the PS3 and Vita versions, while Xbox 360 users can migrate their saves over the Xbox One. BL2 has already been well documented as one of the best local multiplayer shooting experiences of the previous generation, and the Pre-Sequel, while not as good, has not been available on current generation consoles until now. Combined, the games will take dozens—if not hundreds—of hours of shooting, looting and random non sequiturs with its loopy, distinctive sense of humor.

As with any remaster, the value of the Handsome Collection comes down to your relationship with this series. There’s no question of the quality of these games, just your own sense of (over) familiarity with them. If you’ve never played Borderlands and like funny shooters, GO OUT AND BUY THIS IMMEDIATELY. If you expected the Pre-Sequel to eventually jump to new consoles, and held off on its last gen release, patiently awaiting this day, again, pick this up. If you still like the games and want to migrate your save over to a new console with better performance, and there’s no rush, wait till the price on this collection goes down. If you hate Borderlands, you’ll still hate it in 1080p at 60 frames per second, and should probably just go play Bloodborne.

The Handsome Collection keeps players up to date with all the DLC currently available for both games, which, in the case of Borderlands 2, is a metric ton, and for the Pre-Sequel respectably growing.
REVIEW SCORE
8
File Under: 2K Games, Borderlands, FPS, PlayStation, Xbox