A Class Of Its Own 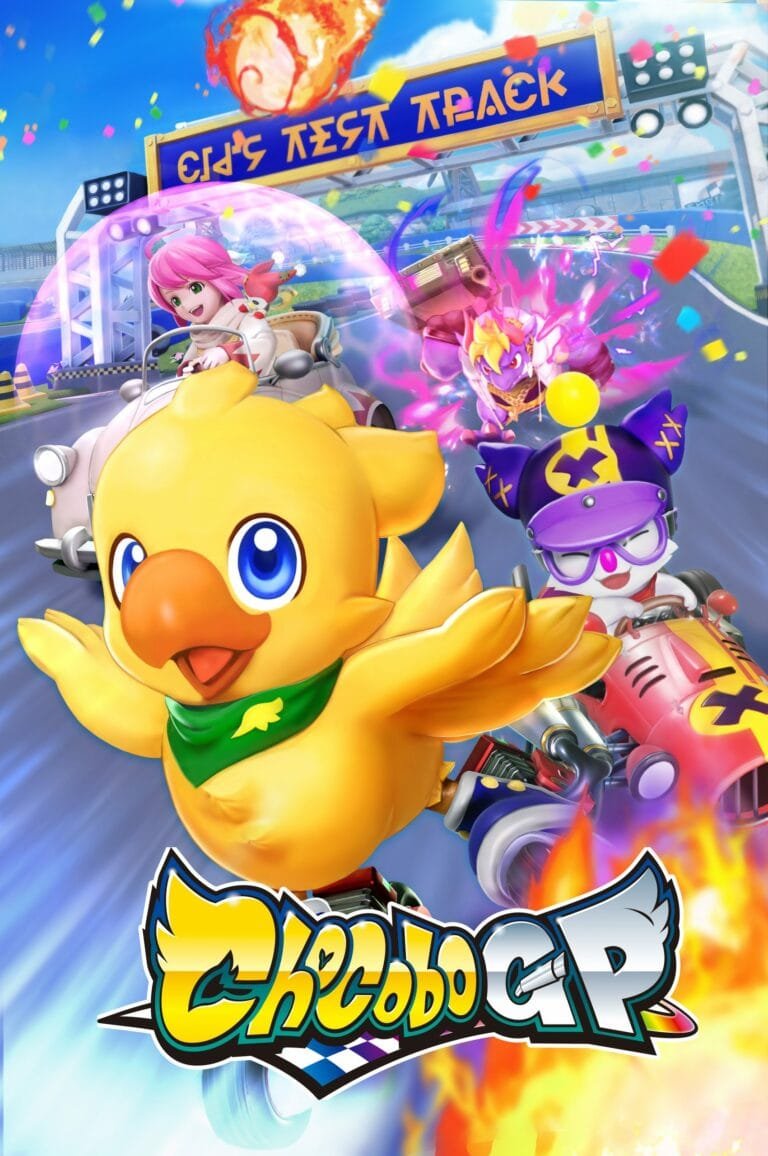 Let’s be frank: it’s extremely unlikely that any kart racer will ever dethrone Mario. Mario Kart has been a juggernaut for almost thirty years, untouchable in a genre that it essentially created. Crash Team Racing, LittleBigPlanet Karting, ModNation Racers… Like the console “wars” themselves, Nintendo is in a league of its own in this space, and everyone else is just playing around them.

Into this impossible scene arrives Chocobo GP, a follow-up to 1999’s Chocobo Racing on PlayStation. Like the Chocobo series to which they belong, these games are adorable offshoots of the main Final Fantasy franchise, drawing upon its mascots and themes while appealing more to younger audiences.

This cutesy racer can’t truly compete with Mario Kart 8 Deluxe, the best-selling game on Switch by a country mile, and it doesn’t necessarily need to compete either. It offers a considerable amount of content, and comes with a handful of flaws, but its intended audience should find the diamond in the rough.

Chocobo GP features a decent smattering of game modes: a Story mode; the Mario Kart-like Series Races, where players compete in four consecutive races; Time Attack; Custom Race; Multiplayer; and Chocobo GP, a 64-player online tournament. It’s the first and last modes on that list that will likely bring the most value to the experience for most players.

“It offers a considerable amount of content, and comes with a handful of flaws, but its intended audience should find the diamond in the rough.”

While hardly the standard epic fare of the mainline series, the Story mode here is effective enough, walking a line between accessibility and inside references for well-versed fans. Adults will find some of it inoffensively trope-heavy, while kids will wonder why everyone treats Gilgamesh the way they do. It’s nice to find a story mode of any kind in this genre, at least, even if most chapters have you racing twice on the same track for an arbitrary reason.

The eponymous Chocobo GP mode will match you against 63 other players online, broken into smaller subsets of 8-player races. Keep placing in the top 4 of your group to keep advancing, receiving points and coins along the way. Again, this is a simple but stimulating mode, and something Mario doesn’t have. My experience around the game’s launch was initially marred by connection issues, and the GP’s longterm stamina remains to be seen, but there’s some promise here.

The engine itself isn’t as entirely polished as it could be. Recovery times feel a touch long, and power-sliding is less intuitive than other kart racers. However, character-based abilities and magicite items you pick up in place of Koopa shells or banana peels add a fun twist.

“The eponymous Chocobo GP mode will match you against 63 other players online, broken into smaller subsets of 8-player races.”

There are a variety of standard spells drawn from Final Fantasy lore, like Fire, Aero, Doom, etc. Unleash the spells as soon as you drive over them for instant gratification, gather the same spell multiple times to increase its potency up to three levels, or keep hoarding magicite pickups until you level up to Ultima.

Over time, and as you grab crystals from the track, your racer’s unique ability will charge as well. These vary from Ben the Behemoth’s Invincible Charge, to Chocobo’s speed boosting rings, to Terra’s Magitek missile bombardment. Some are pure offence, while others add a touch of support for other racers. Mastering your racer’s ability and using magitek cleverly is key to victory and really adds an interesting element of strategy.

It’s a bit of a shame, then, that monetization has crept into the game’s core. Currently, you can unlock Final Fantasy VIII protagonist Squall with a considerable amount of time in the Chocobo GP mode, grinding challenges or jockeying to win a tournament. Final Fantasy VII protagonist and series posterboy Cloud is also available, but only if you purchase the season pass for 800 Mythril, an in-game currency roughly equal to $8-10 CDN (which the game is currently giving away to all players in the launch window). Buying the pass isn’t enough though, as you’ll need to grind that pass, Fortnite-style, to level 60 to unlock him.

“It’s a bit of a shame, then, that monetization has crept into the game’s core.”

Both characters were available in Chocobo Racing, so it’s a neat throwback… for now, anyway, as they’ll disappear when the 70-day season ends. However, it’s a shame—or downright malicious, depending on your opinion of microtransactions and season passes in general—to hide them this way. Chocobo GP has a lot of content for completionists, but much of it will be hidden behind walls that are more easily bypassed with cash infusions or require extensive playtimes that the game itself may not warrant.

Flaws aside, I was grinning ear to ear for much of the Chocobo GP experience, especially when my children joined in. There’s a lot of gratification for long-time Final Fantasy fans here, if you want to get in this somewhat murky water. Like other crossover titles, it was charming to see new iterations of familiar Espers, or interactions between characters from different worlds, and a fresh batch of reimagined themes keep the game lively. It could serve as a gateway to the larger franchise. Unfortunately, that also means most of the story—well-presented as it is, for a kart racer—will fall flat if you don’t get the references.

If you’re at all on the fence about Chocobo GP, check out the Lite version on the eShop. You get to try a chunk of the full game or join in on events hosted by a friend with the full version with some restrictions.