Too Bad, Even For Masochists 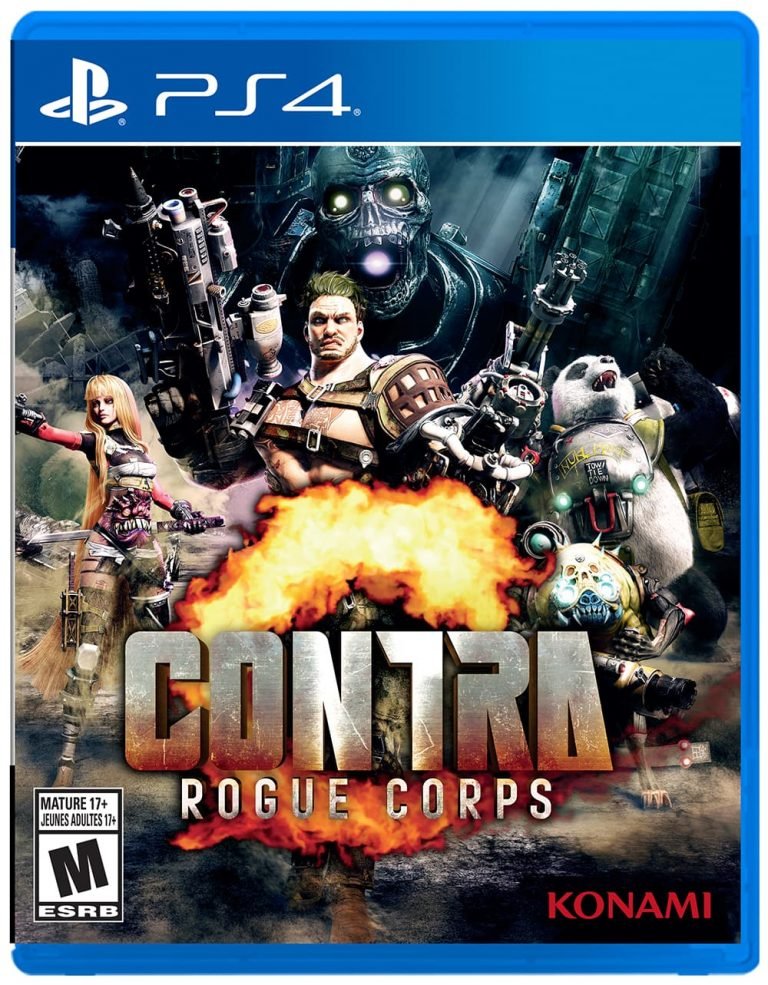 Contra: Rogue Corps is one of the worst retail games I’ve played in years, if not my entire life. It’s a game so bad, that I don’t even think the developers would give it to their friends, even as a joke. I can’t even recommend this game to masochists. Whereas some games are so bad they’re good, this one is so bad it’s practically breaking the Geneva Convention, as playing it is torture.

Rogue Corps serves as a direct sequel to Contra III: Alien Wars, the SNES game considered by many to be the best in the series, which was Konami’s first mistake as this sets expectations incredibly high from the start. I suppose the good news is you don’t need to have played that game to play this one, but also you shouldn’t play this one and instead play practically any other Contra or the recently released Blazing Chrome – which feels like a much better spiritual sequel to the series than this game.

Most games in the Contra series have been run and gun games, where you can constantly shoot while making your way through bullets and platforming. Here you’re playing a flat and repetitive twin-stick shooter with more in common with Smash TV than any Contra game. With has guns that quickly and constantly overheat without proper pacing of shots, and barely any platforming to speak of, you’re mostly tasked with clearing wave after wave of the same handful of enemies in small square areas before moving onto the next small square area to do the same thing. Occasionally you’re tasked with shooting a door in a hallway to open it, as a limp nod to classic Contra that had you doing similar, only here it’s a static door with no guns, no enemies, you shoot a door at a point-blank distance until the screen goes a blinding white. After you regain your vision in real life, you’ll realize you’re in the next part of the level and unfortunately have to keep playing.

I gave Contra: Rogue Corps the benefit of the doubt after playing the lacklustre demo only to be greeted by more of the same, literally. The levels you can play in the demo are reused with the only changes being harder or more bullet sponge enemies spawn. You can nearly have the same experience by playing the demo over and over for hours if you wanted to. The only things you’ll miss out on are other characters and the confusing equipment/upgrade systems, and some brain dead bosses.

The four characters are generic army dude, lady with demon face in her stomach, a panda, and of course an intelligent professor-like bug thing named The Gentleman. Each has a skill they can use that has a cooldown, which either buff their shots, spawns turrets shaped like pandas, or launches a short-lived black hole that sucks enemies in.  Otherwise, every character can use any gun, gun mod, or the various upgradable body parts. So here’s where things get confusing, the body parts have levels attached to them, much like you’d find in armour in many RPG games, and also have different randomly rolled perks that also have their own assigned levels. The problem being none of these levels are explained or shown as stats, so it’s pretty meaningless and hard to suss out exactly what they do if anything. Am I better off equipping higher-level body parts or should I go with the body parts with perks I like? Do the higher levelled parts affect my damage stats? Do I even have stats? Is the level meaningless? Why do I need to level weapons and why does upgrading them make their stats worse and only really give slightly more mod capacity? Why is any of this in a Contra game to begin with?

You read that right, there’s randomized loot in Rogue Corps, though I could never tell if the items enemies were dropping were anything to be excited about due to no on-screen feedback of what they were aside from their blurry shape and colours. I mean the in-game guide gives you some idea, but even then there’s no telling if what I picked up is a good gun blueprint, a trash tier mod for them, or a big or small amount of in-game currency. That isn’t that surprising considering the guide also has the wrong button prompts for basic things like switching weapons, which it currently says is triangle when that uses your consumable bombs. I checked the control configs and you can’t even change it so triangle is the change weapon button.

There is surprisingly an HDR mode that can be enabled for the PS4 Pro, but there’s an issue like everything in this game in that the brightness setting screens make no sense. Instead of being logos to change the brightness until you can’t see one, it’s a checkered black and white screen with no description of what to be looking for or even trying to do. After extensive testing, I couldn’t tell if HDR made the game look better or worse overall as it looks like a PS2 game to begin with and HDR just made the screen a bit brighter if not washed out.

The soundtrack doesn’t do much better, as many times it seems like there wasn’t any music playing at all, something that sounds like low-grade Silent Hill ambiance, or a song that I can only describe as generic Metal Gear Solid.  Sometimes there’s an occasional callback to classic Contra music, though not enough to do anything but remind you of the much better games in Konami’s past you could be playing instead. It’s like someone at Konami raided their rejected tracks for their previous games and said ‘these will do just fine.’

Contra as a series has a reputation of being one of the go-to couch co-op experiences in my opinion, and yet Rogue Corps only allows couch co-op in four randomly generated levels that must be unlocked by playing the story mode which can only be played multiplayer via online. I have to applaud the optimism of Konami thinking anyone would want to play this game, let alone subject their friends to it.

The lack of co-op in story mode was a huge bummer to find out, especially when I fully set up a character for my boyfriend to use to help me out on a tougher boss fight. The boss fight itself wasn’t particularly hard, but the weapon I had been using and levelling up to that point was useless in this fight as it couldn’t even reach the boss who spawns outside of the area you can move around in, meaning my options were to use a low-level ranged weapon making a boring fight with bullet sponge enemies last even longer or to go back and grind levels to level up said weapon.

This was the last straw for me. Up to this point, I’d gone through repetitive level after repetitive level, fighting the same enemies who only got more and more health and damage dealt with each iteration. I’d fought bosses who quickly became commonplace enemies sometimes spawning up to three of them at a time in varying sizes. And all of this was only possible due to getting a decent weapon drop after struggling in the second set of levels due to a steep spike in enemy health and damage.

I haven’t even gotten to the fact that there is an online competitive PvP mode that sounds like a cross between Rocket League and the water trash described above. I’ll never bother to try it because it wasn’t live yet and honestly, there’s no reason to. This game is so bad a mediocre multiplayer mode with its own in-game currency will not change my opinions, nor would any of the end game levels after fighting my way through hours and hours of the same terrible levels and enemies only to find out my weapon is useless.

Contra: Rogue Corps is a game that is so bad, I can't recommend anyone buy it for any price
REVIEW SCORE
2
File Under: Konami