Choose Your Own Terrifying Adventure 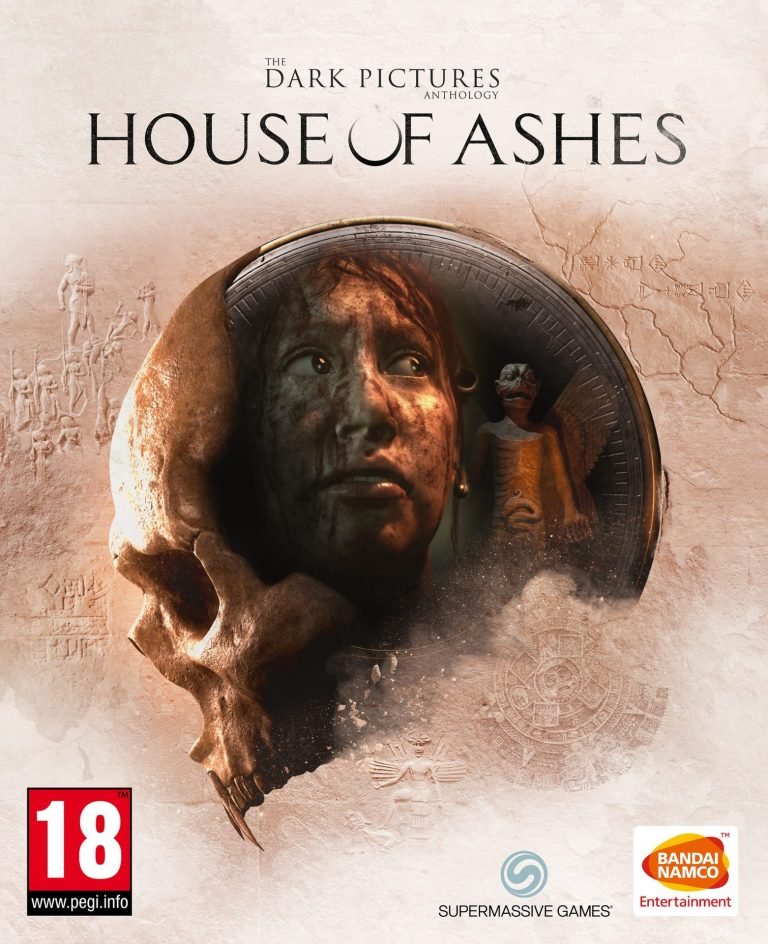 Some of my favourite games over the years included titles like Star Wars: Knights of the Old Republic and Fable. The common denominator for these games is one thing; choice. To have the ability to make choices that affect the outcome of the game gives you control that no regular game can offer.  It caters the games to you and makes them very replayable.

Just in time for Halloween, Supermassive Games and Bandai Namco Entertainment bring you a game that is all about choice, House of Ashes, the third title in The Dark Pictures Anthology. This is a game where every choice you make has dire consequences on the rest of the story.

The Dark Pictures Anthology: House of Ashes stars Ashley Tisdale (High School Musical, Phineas & Ferb) and a solid ensemble as a Special Ops team in 2003 Iraq, just after the fall of Saddam Hussein. After their mission goes south, they discover an ancient temple, where a mysterious and terrifying phenomenon is about to be revealed to them.

Players can interact with objects as they navigate certain areas on the map, pushing the story forward, discovering secrets and helping to put the puzzle pieces together as to what exactly you are up against.

You also have to keep yourself together as you have to hit certain buttons in time to react to things, either to shoot an enemy, maneuver around an obstacle or keep yourself calm to keep yourself from getting caught or even getting a friend killed. Miss a cue and you drip over a rock, fail to shoot a bad guy who in turn shoots an ally or run when you should have hidden.

And when I say that the decisions have stakes, I mean it. You may be navigating your way through a story, but you are responsible for everybody getting to the end of it. Your mistakes can lead to the end of any of their part in the journey.

Now, I played this game on PC. It is recommended that you still play the game with a controller. It is compatible with keyboard and mouse, but navigating the map can be a challenge when trying to look around with the mouse.

The graphics in the game are great. The studio is confident enough in their attention to detail that they bring you very close to the characters. You can see the glint of light from the light layer of sweat from the characters in the middle of the Iraqi desert. You see the life in the characters’ eyes, or the lack of it when they die.

Where The Dark Pictures Anthology: House of Ashes struggles a bit is the clunky movement as the characters are under your control. The interaction with the maps can be rough. For example, if you are searching a room and come into a corner, you can’t see much of anything. Getting to the point where you can see the room again takes a little finesse.

“Where The Dark Pictures Anthology: House of Ashes struggles a bit is the clunky movement as the characters are under your control.”

Interacting with objects on the map, however, is smooth. You can pick up and examine select items. Flip over a picture to see the writing on the back, read a memo from the military brass and discover some things that are simply out of place. In short, though, it is an improved version of the controls of an old CSI game for the PC. It’s the story that really takes the lead in the gameplay, though.

You can play multiple game modes. Play the game alone and you can live or die by your own decisions, or play with a friend, and you can live or die by each other’s decisions. Your friend can leave you to die in a hole or pull you out. While some choices seem like the obvious right thing to do, they might put you at a disadvantage. Sometimes, nice guys finish last in this game.

My favourite part of House of Ashes is the replayability factor. It takes about 6 hours to finish a story, but then you can start the game over, make a different choice early and play essentially a new game. Think of it as a rated R Choose Your Own Adventure title.

If you are unfamiliar with The Dark Pictures Anthology, don’t expect an action platformer where you run around and shoot the bad guys. Everything is driven by your choices. If you like an interactive experience, but also a passive one, this would be a great game for you.

The Dark Pictures: House of Ashes is a perfectly timed release. Put yourself into a Horror movie in time for Halloween and enjoy the thrilling ride.
REVIEW SCORE
8.5
File Under: PC