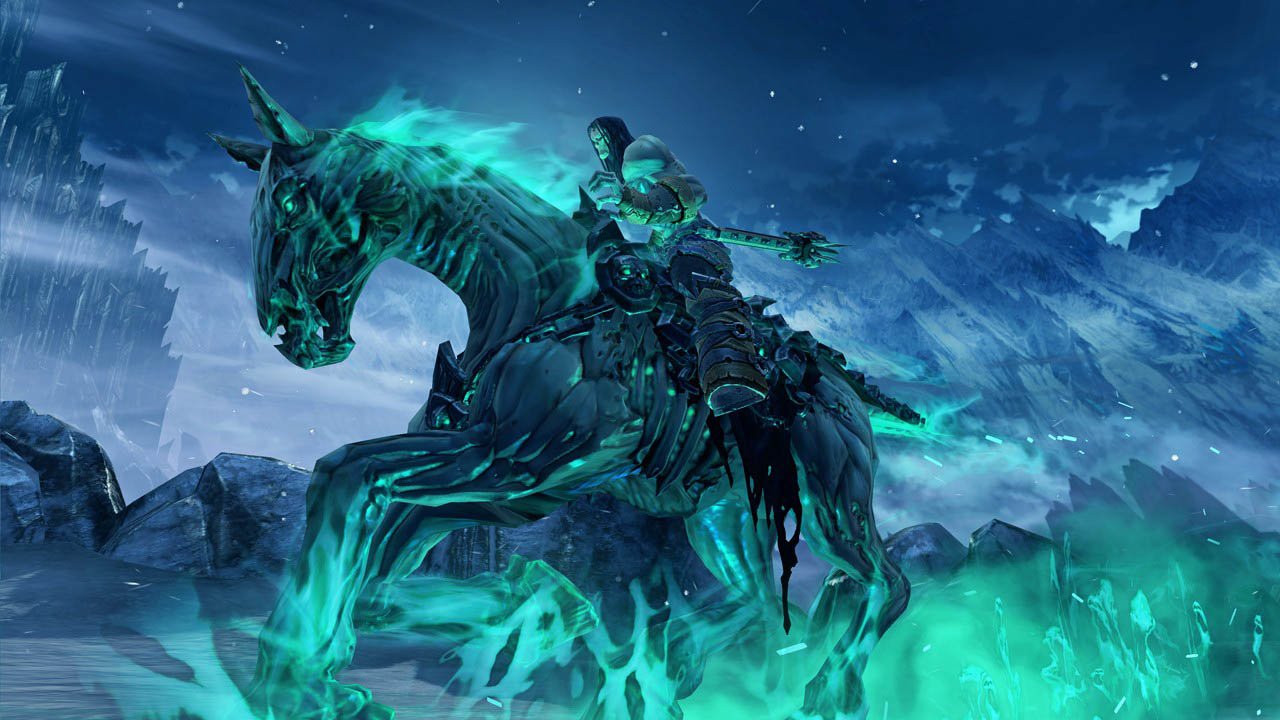 It took a little over a month, but the promised Argul’s Tomb downloadable content is finally here. This new addition is free to anyone who pre-ordered Darksiders II, and for everyone else who didn’t, is going for $6.99 or 560 MS Points. For those who are getting it free, there’s really no point in reading this review, it’s there if you want it. But for those who didn’t take the pre-order plunge, the question remains, is this first DLC worth your money?

The first thing prospective buyers might want to know is that this is a completely self-contained piece of DLC. It’s not like some BioWare additions such as Lair of the Shadow Broker which open up as optional missions to pursue in the main campaign. Instead, you go to the main menu of Darksiders II and access this new level through the Downloadable Content menu, and when you’re done, you simply quit and go back to your main campaign.

One of the interesting things about this DLC is that it scales to your level. Even if you’re only just starting out in the game, you can go straight into the menu and enjoy content that will challenge—but not obliterate—you at your Noob level. The loot that drops similarly scales, which means that the people that will get the most out of this are the ones that are already at the level 30 cap of the game.

What you get when you play this DLC is a little bit more lore about the politics of the Land of the Dead laced into two dungeons and a shooter level. The puzzles largely revolve around the use of the Voidwalker—aka Portal Gun—to solve most of them. The enemies are largely ice variations of previous foes encountered, and the combat is artificially lengthened by throwing a few “horde mode” areas that lock you into an arena to face a few waves of enemies. With the exception of the final boss, the dungeon and the enemies are palette swaps of assets from the original game.

Aside from the fact that the story in Argul’s Tomb feels somewhat disconnected from the main game, the actual content itself is competent. You never get the feeling that a “B Team” was working on this dungeon, as the puzzles and art direction all feel in line with the quality of the original game. This could have easily been yet another dungeon in the already sizable Darksiders II, so why it was held back as bonus DLC to be released a month later feels a little contrived. It’s not a large piece of content, though it provides a decent challenge to players. Expect to take about a couple of hours—probably less—to get through everything it has to offer.

So the question remains, if Argul’s Tomb is going to cost you $7, is it worth it? The answer is mostly yes. You’ll get some decent loot that scales to your level, a reasonably tough boss fight, some quality puzzles, and a nice final reward. The dungeon is not large, but it’s still cheaper than a night at the movies. If you enjoyed Darksiders II and want a little bit more, this is on par with the quality of the original game, but doesn’t surpass it. It’s a safe buy for those looking to extend their Darksiders II experience. If you’re not craving more of Death’s adventures, this isn’t going to lure you back.

If you enjoyed Darksiders II and want a little bit more, this is on par with the quality of the original game, but doesn’t surpass it.