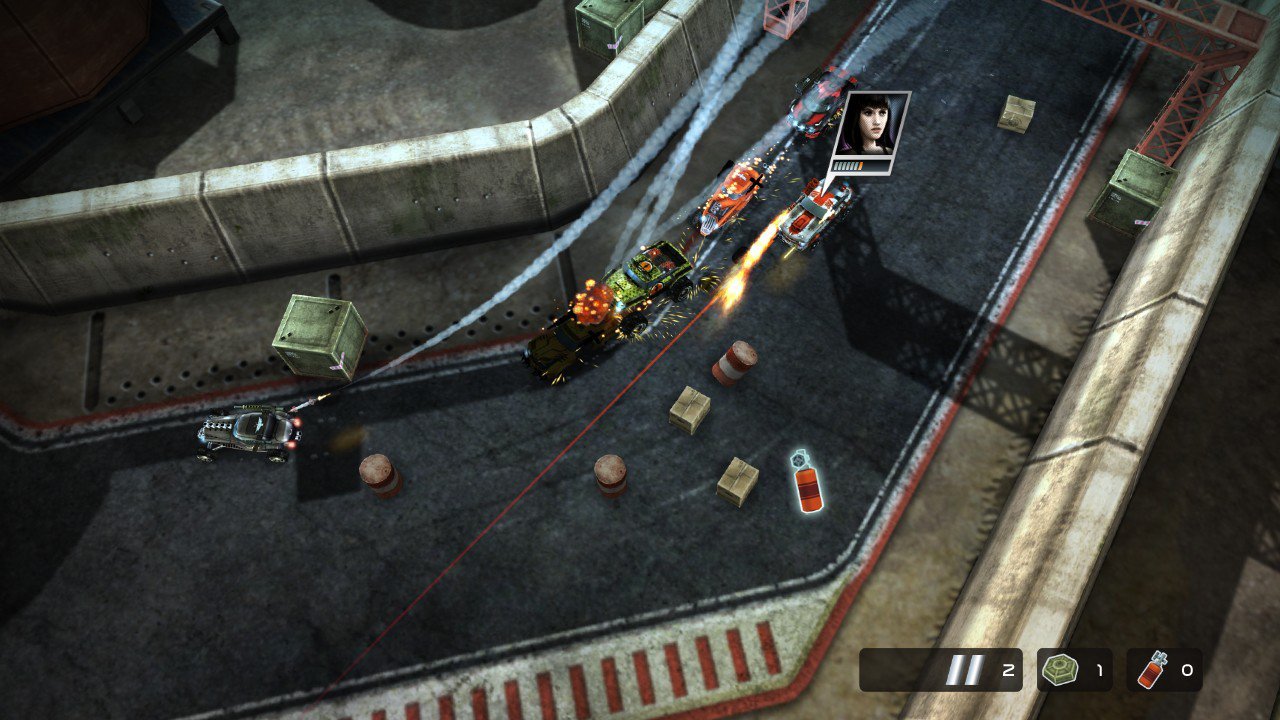 I’ll admit that I was quite skeptical when I first began playing Death Rally. With only vague memories of the Super Nintendo, my first game console was the original Playstation. By the time I was old enough to enjoy racing games, I had access to Polyphony Digital’s Gran Turismo. I never had the opportunity to experience playing a top-down style racing game.

The Steam version of Death Rally is a PC port of the 2011 iOS and Android remake of the original 1996 Death Rally. The modern version of Death Rally isn’t a simple retexturing of the game. Death Rally has been completely made over, with an entirely new set of vehicles, characters, weapons, and graphics.
Death Rally is a top-down vehicle combat game, although with its impressive 3D graphics, it’s not difficult to imagine that it could have been a full-fledged 3D racing title. Players are tasked with steering a variety of vehicles around small tracks, all the while attempting to put shotgun slug-sized holes in the engine block of rival vehicles. Death Rally manages to capture the charm of a retro arcade game, coupling it with modern innovations such as customizable weapons and a levelling system.  The ability to customize weapons and attach them to any vehicle is a welcome addition. Many of the classic vehicles have been upgraded to be more aggressive and intimidating. In addition to these gameplay refinements, Remedy has chosen to add a few cosmetic improvements, such as slotting in a variety of cameo characters from Alan Wake and Minigore. These special characters don’t add anything to value of the game beyond a chuckle, but it’s nice to see Remedy putting some effort into their remake.

Where Death Rally might disappoint is in the gameplay. Since the game is played from a top-down perspective, many gamers are likely to assume that pressing a directional key will steer their car in that direction. As the camera angle shifts, this may not necessarily be true. The direction keys always steer from the perspective of your car, much like the way classic survival horror games control. This is problematic because you’ll occasionally find yourself steering in the completely opposite direction of the way you had intended to go, costing you valuable seconds, and most likely, the lead in a race. While the game seems to slow down AI opponents when you fall dramatically behind, it is no consolation for the difficult handling of the game. To make matters worse, all of the vehicles in the game seem to fly around corners as if all the tracks in the game were constructed from solid ice. This will invariably cause a considerable amount of panic as you rubber band around corners, causing you to over steer and smash into a wall.

Much of the game is spent simply repeating races on a limited number of tracks. For a vehicle combat game, Death Rally does not give the player many options from beginning. In fact, it takes about a solid hour of grinding for money until you can unlock a main weapon, at which point you discover that what you had thought was your primary weapon is actually a back-up weapon. Despite the mind-numbing process that saving money could be, earning money was surprisingly interesting, due to the variation each race could have due to the chaotic combat. While the gameplay isn’t mind-blowing or revolutionary, it’ll keep you entertained for a few hours.

The Death Rally remake could be best described as a mixed bag. Although the combat keeps the relatively repetitive nature of the game fresh, the antiqued controls and slippery cornering make playing Death Rally more exasperating than satisfying. Fans of old-school racing games and vehicle combat games are likely to enjoy Death Rally. If you’re not a fan of those genres and are simply looking to find something to kill time, Death Rally is worth consideration, but there are better distractions to be found elsewhere.

Death Rally manages to capture the charm of a retro arcade game, coupling it with modern innovations such as customizable weapons and a levelling system. 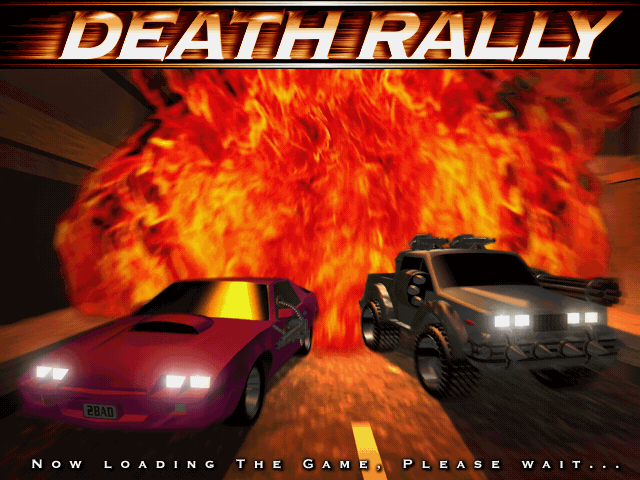