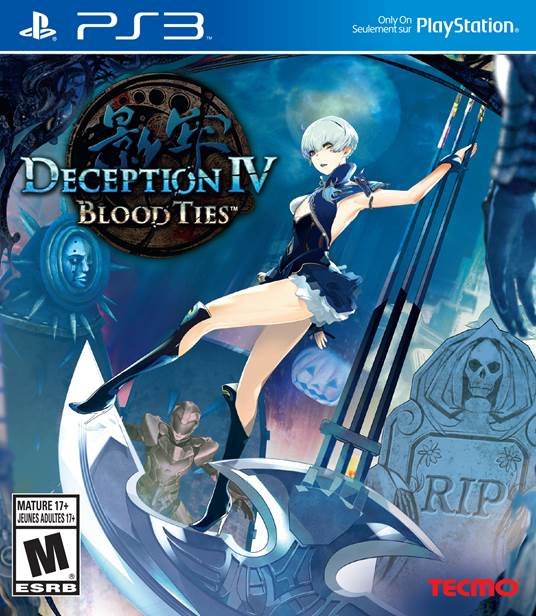 As anyone who has played old-school pen-and-paper role-playing games can attest, being a Dungeon Master (DM) is hard work. As the DM, you spend hours, perhaps even days, crafting the perfect gauntlet of thrilling NPC encounters, challenging monster battles and deadly traps. Perhaps you even set to grid paper and create a map of your maze, meticulously placing each of your creations in the perfect spot for your friends’ hapless adventurers to come across them, like poison gas in a beguiling treasure chest, or an encounter with a giant orc on a precarious rope-bridge. You do all of this knowing full well that your friends might blast right through it or even miss some of the best parts with a few lucky dice rolls, but you tremble with excitement nonetheless. After all, it’s about the journey, not the destination. But now, imagine if a) you took out all of the fun monster battles and NPC encounters; b) replaced all the human characters with AI automatons that kept managing to get lucky dice rolls despite being complete idiots; c) turned the whole point of the game into killing every single one of them, and d) for no practical reason whatsoever chose to run about as a character in the maze yourself, where you could run afoul of traps yourself or be killed by the AI, thus ending the game. That’s pretty much the exercise in frustration that Deception IV: Blood Ties offers.

In Blood Ties, you play ‘The Devil’s Daughter, Laegrinna, whose lot in life is to lure would-be-heroes into her lair and murder them one by one by subjecting them a lethal combination of traps; the more elaborate, sadistic and humiliating the better. That latter bit isn’t an exaggeration either, as Laegrinna is assisted by three succubus-like Daemons who reward her with upgrade points specific to each of those categories. For example,  a trap combo with more humiliating elements, such as a victim to slipping on a banana peel into a furnace, will grant more Humiliation points that Elaborate or Sadistic points, which in turn will grant access to newer traps in the Humiliation category sooner. There’s a connecting plot involving Holy Verses and something about bringing Laegrinna’s evil father out of a 400-year exile, but truth be told, the story is so insipid that most players will find themselves jamming on the X button just to skip the heavily-recycled talking-head cutscenes (especially the scantily-clad anime character art for Laegrinna and the Daemons) that bookend each encounter. The Coles’ Notes version is that in the world of Blood Ties, all humanity is made up of hypocrites and cowards, thus they all deserve to die a nasty death at Laegrinna’s stiletto-heeled feet.

Sadly, playing the game is nowhere near as straightforward. The intended “fun“ of Blood Ties is in creating trap combos that incorporate the environment of the room Laegrinna is in, all with the aim of doing as much damage as possible to her pursuers as they chase her about the castle. The reward for doing so is ‘Ark’ (XP) and Warl (currency), and special Ark and Warl bonuses are granted by the Daemons when the player manages to perform a certain action, or alternatively damage or dispatch a foe in a certain manner. Several of Laegrinna’s enemies have certain resistances or immunities to some trap types, or wear armor that needs to be broken before significant damage can be done. In addition, many have special abilities that can make them very dangerous up close or from afar as well, so players need be mindful of all these concerns as they set up their traps. Furthermore, once set, each trap element requires time to charge before it can be used, so players need to leave themselves time and use the otherwise defenseless Laegrinna as bait to draw enemies towards other environmental pitfalls, or lead them on a wild goose chase to stall for time. This is simple enough to do in the game’s early stages, where the opponents are less aggressive and only attack alone or in pairs. But after the game’s first chapter the difficulty spikes quickly , forcing players into confrontations with up to three enemies  all doggedly pursuing Laegrinna at once, and as soon as one gets taken out, another new enemy will often enter the room and join the chase immediately afterward, offering little to no respite. As a consequence, players will constantly find themselves getting overwhelmed and having to run to a different room in the fortress to lick their wounds (all the rooms in each castle are interconnected via a network of hallways and stairwells), thus leaving behind many an elaborate trap that took tens of minutes to set up because a knight with a medieval grenade launcher just happened to show up.

Further complicating matters is the game’s horrible camera in both third-person gameplay as well as ‘The Devil’s Eye’ mode (a trap-setting mode that is manipulated via an isometric view). While the camera itself can be controlled with the right analog stick, in gameplay it often hovers too close and obscures objects in the environment, which will often lead to players running blindly into environmental hazards that can do serious damage to Laegrinna and make her an easier target for her pursuers. Conversely, in Devil’s Eye mode, the camera is too far out, making it hard to discern the positions of enemies or where certain environmental trap switches are, resulting in many a whiffed trap and unexpected ambushes. Finally, Blood Ties commits the worst crime you could imagine for a game of its ilk; the traps don’t always work as advertised. For instance, in The Devil’s Eye mode, a springboard will clearly indicate via a visual trajectory line that it will launch an enemy over a balcony rail and onto a bear-trap in the courtyard below. But in practice, the rail will actually block the trajectory, interrupting the combo and leaving Laegrinna stranded on the balcony with a pissed-off enemy. Meanwhile, a suction-fan trap will indicate that it will trap an enemy within four blocks of its path, but does not  warn the player that the further away the enemy is, the less likely the target will be “trapped”, meaning that the target can still make it through the vacuum and ruin the entire plan. Blood Ties is plagued with inconsistencies like these, and learning how to use each trap the “right” way in the right combination takes a good deal of trial and error, something that the game not only frowns upon but also chooses to severely punish players for with each attempt. Since failing or restarting an encounter does not allow players to change their selection of traps mid-chapter (Laegrinna can only take 10 traps from her entire repertoire into battle, and can only use 5 per room), players will have to adapt their strategies to the poor lineup of traps they’ve chosen, or return to the main menu, change their loadout and start the entire chapter again from the very beginning. And as if to add insult to injury, some traps will constantly fail to trap enemies over and over because their limited AI path-finding routines cause them to walk just a hair to the left or right of the trigger spot. In a game that is all about setting up trap combos with timing and precision, Blood Ties is appalling in just how unreliable and unpredictable its systems are.

If you are a fan of the Deception franchise, or a sado-masochist who can deal with the above problems, Blood Ties might have a good deal of entertainment to offer you, as there are additional challenge missions, replay modes, and mission-creation modes that you can practice in to make up for the disastrously poor campaign. It’s also a much prettier game than any of its previous generation predecessors, and features some nice (although at times risqué) artwork to compliment the franchise’s long overdue HD arrival on PS3 and PS Vita. But if you’re not already one of the converted, don’t be fooled by this game’s pretty face and shallow slapstick comedy. It’s literally a trap – a vexing, $40-60 trap, and feels much more like work than fun.

In a game that is all about setting up trap combos with timing and precision, Blood Ties is appalling in just how unreliable its systems are.
REVIEW SCORE
6
File Under: PlayStation