That Other Dante Is Back 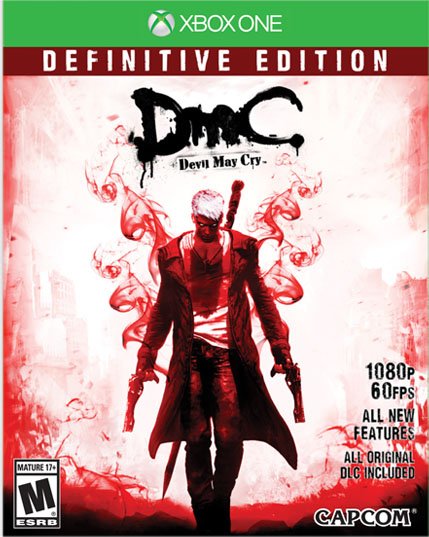 When Capcom took the Devil May Cry reigns away from their internal studios and handed them over to western developer Ninja Theory, there was a lot of fan outcry. In many ways, that outcry was deserved. The essence of the franchise, hero Dante, was given a radical, emo facelift, but more importantly, the game went “mainstream,” dumbing itself down in the name of “accessibility” and chasing after the lowest common denominator rather than the fans that supported the series. Now it’s back in HD+ fashion—like so many other franchises—but the changes to this new version will surprise the hardcore.

Another Month, Another HD Remaster

Dante is a jaded, cynical young man in a jaded, cynical world that just happens to be secretly under the control of minions from Hell. Fortunately for the rest of the world, Dante also happens to be a half-breed with demon blood and is quite good at monster-slaying; he just needs some motivation to get him out of his emo-centric apathy. When his long lost brother and a cute teen-witch sidekick show up, the ball gets rolling and Dante goes on a sword swinging, bullet ridden rampage for freedom. That’s the basic story of DmC, and it hasn’t changed here.

Unlike many of the remasters coming out this generation, DmC actually manages to hit the fabled 1080p, 60 frame per second mark, which is both impressive and necessary since this is a fast paced action game. The textures don’t really benefit from this in the same way that The Last of Us did, since the game was never in the same league graphically, but the frame rate performance is both consistent and impressive. People concerned with how slick and responsive the game feels will have no complaints with the smoothness of DmC.

Where the big surprise comes in for DmC is the amount of work that’s gone into enhancing the game itself. The base game is still the same as it was before; just shinier with a smoother framerate. People that are hoping the main game is somehow tweaked to feel more like the old DMC games are still in for a disappointment. But now there are a lot of extra modes and gameplay tweaks thrown in and around the main game that round it out and make it feel like a more traditional, “hardcore” DMC experience. Of course, the game comes with past DLC, like Vergil’s Downfall, but there’s a lot of new stuff too.

“Vergil’s Bloody Palace” is a new take on the old Dante’s Bloody Palace mode, there are new “Hardcore,” “Must Style” and even “God Must Die” modes included in the game, and for the real traditionalists, there’s been a bit of rebalancing to the enemies and the inclusion of a manual target lock function, just like the old DMC games. In short, most of the extras from old DMC games are now available in this new one. It’s quite a sizable change to the game, and it might satisfy the traditional fans who didn’t think there was much to do once the game was finished. However, the base game still remains largely what it was, so if you weren’t a fan of that, you won’t be a fan of this. If old school DMC is more your style, you’re probably better off waiting for the Devil May Cry 4: Special Edition that’s ALSO getting the remaster treatment this summer. Whatever your feelings are of the original DmC, credit has to be given for the sizable chunk of new additions made to this remaster. It’s far from an easy cut n’ paste job to a higher resolution.

Where the big surprise comes in for DmC is the amount of work that’s gone into enhancing the game itself. The base game is still the same as it was before; just shinier with a smoother framerate.
REVIEW SCORE
8
File Under: Action, Capcom, Devil May Cry, DmC, Ninja Theory, Xbox