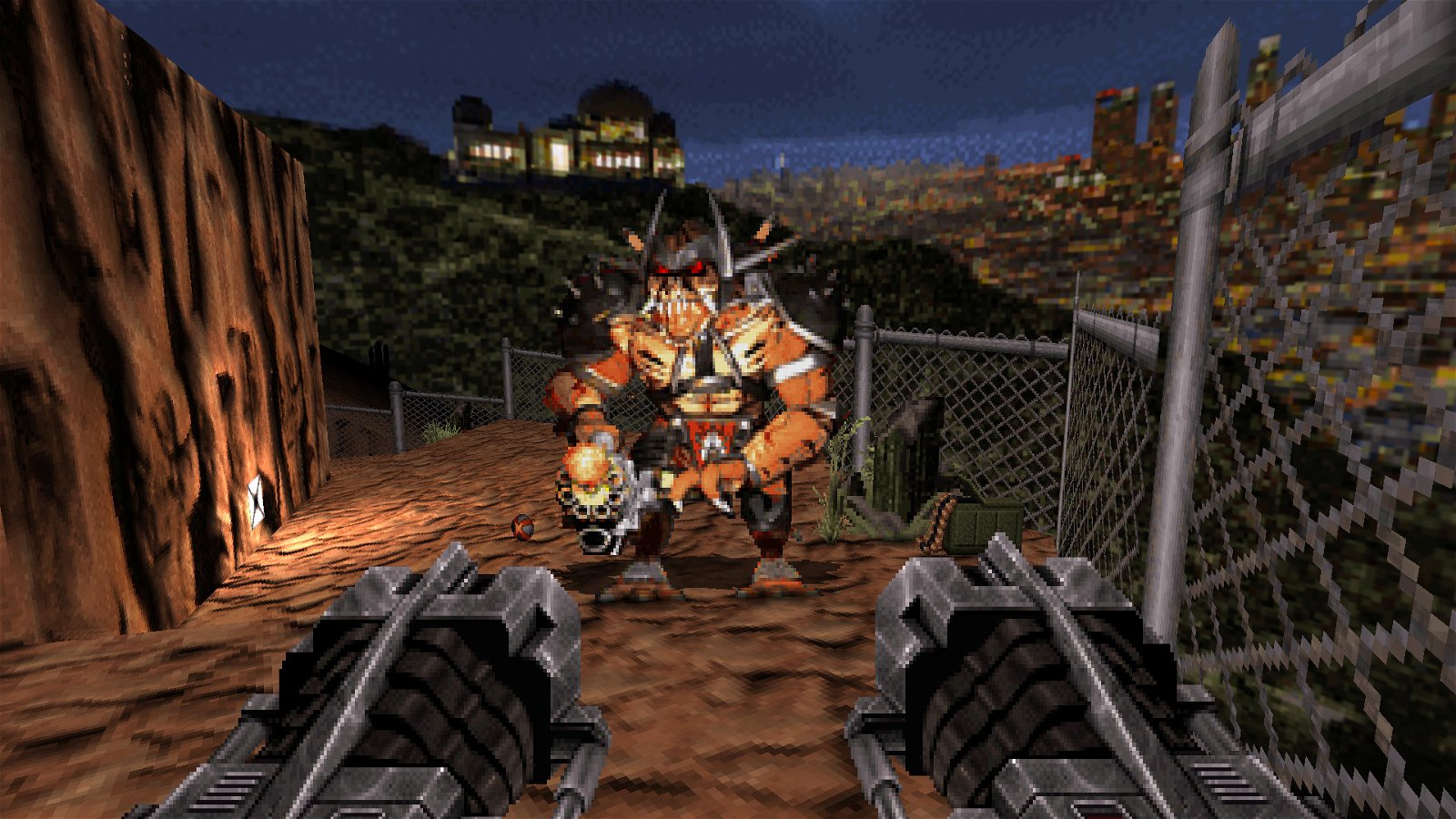 Even as somebody who considers himself to be pretty progressive, I am and will always be a Duke Nukem apologist. I was raised on Time to Kill and Land of the Babes, spent middle and high school mastering 3D, and did nothing for two days straight when Forever launched. Despite its occasional crushing lows, not to mention some dated humour and sensibilities, I’m a big fan of this franchise and have hopes that it’ll get the full-on revival it deserves someday.

Anniversary World Tour. This new release, which replaces the much-loved Megaton Edition, posits itself as the definitive version of the 1996 classic. Now, right off the bat, I can tell you that’s not true. If you want the definitive edition of Duke Nukem 3D, you’d have gotten it on GOG and run it through eDuke32. However, considering that’s not an option at this point, we’ve got to work with this. Although, to be entirely honest, I wouldn’t say that there’s much to “work” with. Because despite some fan outcry, World Tour manages to be a rock solid version of the seminal shooter, sporting some extra bells and whistles to boot.

The base game is all still here, sans all of the bonus expansions collected in the Megaton Edition. It’s just as good as I remember, too—big, open levels crammed with secret weapon caches, hidden gags, and nasty aliens. Episode Four remains my favourite set of levels, with Duke Burger, Babe Land, and Area 51 being campy, silly romps held together by some rock-solid level design. Everything here is exactly as players left it in the 90s, with one exception—the voice acting. Jon St. John returns as Duke, of course, but all of his dialogue has been re-recorded and dubbed over the original. Some people are already pretty tilted over this, but honestly, it sounds fine to me, and the added fidelity is nice. St. John hasn’t lost it one bit, which makes me even more anxious to see him in a new game at some point.

At the very least, we get something close to that with Episode Five. Original 3D Realms developers and composer Lee Jackson return to make an official, continuation of the original. Jumping in, it feels like a lost set of levels, an official part of the game that fits right in and doesn’t feel out of place. See, the “World Tour” part of the title comes from the conceit of the episode, which has Duke wisecracking around the world. Have a whacked-out drug trip in Amsterdam, get in a fake T.A.R.D.I.S. in England, and shoot aliens off of the Golden Gate bridge. My personal favourite new addition is Giza, which throws players in a desert labyrinth, then makes them explore a trap-laden pyramid to solve a puzzle. The conclusion of this level also has a pretty clever little twist, but I wouldn’t dream of spoiling it.

All-in-all, the new levels feel like a legitimate addition to the game, and not some tacked-on garbage. The campy vibe, the sprawling level design, and the dynamic set pieces are all still there, just with new context and in different settings. In addition, the new Incinerator weapon is a blast to use, and some new enemy types actually managed to surprise and kill me. World Tour’s new content is an official continuation 20 years in the making, and fans like myself will almost definitely love it.

As for the aforementioned bells and whistles, they come in two forms. First and foremost, there’s the much-touted, proprietary True 3D engine. This basically preserves the 2D sprites and textures of the original, but just throws them on new 3D renders and frees up the area above Duke. What this means, basically, is that Duke looking up at flying enemies doesn’t result in an awkward, slanting skybox anymore, and makes the game feel more like a three-dimensional space. It also allows the game to run at a blistering framerate, which is another big plus. That said, fans of the original look and feel can switch to the classic look on the fly.

In addition to the new graphics and audio in Duke Nukem 3D: 20

Anniversary World Tour, there’s also a developer’s commentary. These bits of insight into 3D’s development, along with funny little anecdotes, were a real treat for a longtime fan. While triggering them can sometimes be a little random, and they’re generally loaded in the front of a level before petering off, they’re still a fun little bonus.

As a longtime fan of the series, Duke Nukem 3D: 20

Anniversary World Tour is a solid package. Diehards get some new, official content and a cleaner look to Duke Nukem 3D. Newcomers get a tight, affordable package with a stellar version of a definitive classic.  Plus, Steam Workshop support means easier access than ever to mods and custom-made levels (for which the game provides tools).

While I’ll still maintain that delisting the Megaton Collection was a bad idea, and that eDuke32 is ultimately the best way to experience the game at this point, this is still a classic title with new content that you can’t get anywhere else.

And now that it’s out of the way, maybe Gearbox could get to work on Duke Begins. Please? 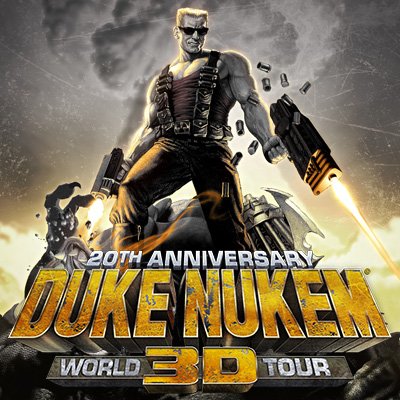