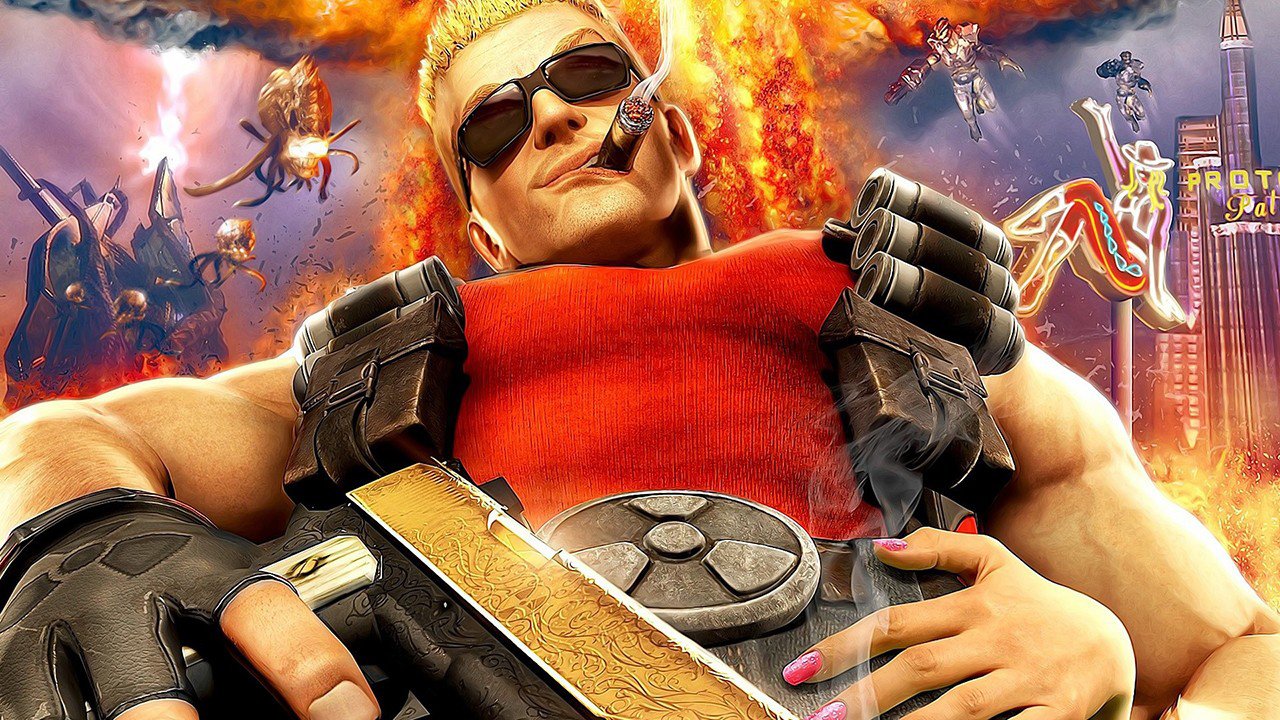 There’s really not much to say about the infamous Duke Nukem Forever at this point. Originally conceived by 3D Realms in 1997, the game has passed through the hands of at least two complete engine changes, and three separate developers. An astounding 14 years and immeasurable amounts of angst, hype and scepticism later, the game is finally out on shelves for people to play and the entire saga from 3D Realms to its current stewards, Gearbox Software has ended the only way it could; like the Star Wars prequels, there was simply no way this game could possibly live up to years and years of expectation.

Out Of Gum & Out Of Time

Duke Nukem Forever takes place 12 years after the events of the original. Duke lives in some palatial digs in Las Vegas now practically worshipped as a god on Earth after his fighting off an alien invasion. As the game gets underway, the aliens attack again, going after the women and trying to settle their vendetta against Duke for their humiliating defeat. If that sounds more like a silly, juvenile excuse for sex, violence and offensive humor, then you’ve got an understanding of the spirit this game was created with. It’s not War & Peace, was never intended be, and can actually provide some laughs with either the right mindset, or alcohol, which is strongly recommended as an ideal companion to the controller in your hand.

Now let’s look at some of the presentation aspects of the game. First up, graphics. The game originally started out using the Quake II engine, then moved over to the Unreal Engine and eventually turned into a custom engine built from the skeleton of the previous builds. The result is a bit of a Frankenstein’s Monster that’s been given a quick current generation bit of polish on top, and it looks, unfortunately, like one of the better launch games seen on the Xbox 360 or PS3 about 5-6 years ago. Polygonal structures are simple, there are some new lighting effects here and there, but character models are pretty “low budget” by modern standards, the game suffers from some occasional drops in frame rate, and, being based off Unreal Engine tech, the now familiar “blurry textures snapping into focus” phenomenon occurs frequently. When games like the latest Halo, Killzone or Battlefield shooters are slowly walking across the landscape like giants, it puts Duke and his graphical presentation in a pretty awkward place.

The audio side is much better, depending on your taste. While it hasn’t aged as badly as the graphics, the audio, in particular the dialog, is very much a product of the 90s. Sex objectification, puerile humor, and lots, and lots of guitar riffing dominate the soundscape. Duke has always been about satirizing action films and over the top machismo, so John St. John’s ridiculously deep bass pervades every dead pan, ripped off movie line. The rest of the acting is, unfortunately also similar to the acting quality for games and full motion video of the 90s, with sound effects lacking the punch of today’s games, particularly the guns.

Playing Duke Nukem Forever is almost like being a diver at some kind of digital, tropical coral reef. You can see the layers of gameplay and graphical prowess accreting to the game over the years. From the 90s, the larger, more confusing levels of games like Quake, the bulky stock characters clearly influenced by Doom III. From the turn of the century, the recharging health of Halo and the physics-based puzzles of Half-Life 2. It is a game that has had more and more elements added onto it without ever jettisoning the older components. It turns the game into a larger, more expansive, and bloated experience than it actually needs to be. There’s a sense that every level has been victimized by overthinking, with additions, expansions and tweaks that make them cumbersome. The difficulty is also straight out of the 90s, with the “Normal” level probably being the equivalent of “Hard” difficulty in modern games. The modern “conveniences” of shooters today are loudly absent; there’s no mini-map here, no way to recall mission objectives if you’re returning to the game in a new session. The controls on a console are horrendous, recalling the clunky days before Halo when PC player confidently predicted that FPS games simply couldn’t be played properly on a console. Duke still fervently believes that. Probably most damning of all, these throwback mechanics to the 90s are also accompanied by coding deficiencies, with levels requiring long load times, even when you die. That, combined with the unpredictable difficulty spikes can make for a lot of staring at the loading screen.

There’s multi-player as well, of course, with minor nods to contemporary shooters. Players can earn XP for kills similar to Call of Duty and pretty much other every online FPS released today. The spectrum of matches, however, is basic 90s stuff, with Death-Match, Team Death-Match, a capture the flag variant known as “Capture The Babe” (in true Duke fashion the babe is carried over the shoulder, waves her hand in front of your eyes and is punished by being spanked), and control zone match called “Hail To The King,” where players score points by standing in designated areas until the time runs out and the zone moves. On a PC, with a mouse, multi-player is more palatable, but the clunky controls on consoles tend to kill the momentum of the matches.

In a sense, Duke Nukem Forever isn’t actually a broken game, merely a dinosaur, a living digital relic. There are moments when its archaic nature, grates, but there are other moments when the sophomoric humor, unapologetic sleaziness and complete political incorrectness can actually be funny. The shooting is mostly competent when not fighting the controls, and it mixes up exploration, platforming and puzzle solving with some driving and on-rails turret segments. In many ways, Duke Nukem Forever manages to prove entertaining, but then shoots itself in the foot when the segments go on for too long, or become victim of the game’s mechanics, such as complete unsuitability of the controls to the platform sequences.

Duke Nukem Forever would have been the Call of Duty: Modern Warfare of its day, had it been played by 20 year olds, in frat houses, in 1999. As it is, credit has to be given to Gearbox for finally seeing this game out the door, but the legendary development time has not resulted in a legendary experience. Instead what we get is a curio, an interactive museum piece that shows how first person shooters used to be for a generation that perhaps can’t stomach the graphics of that bygone era. As a game, Duke doesn’t hold his own, there are far better, more modern titles that $60 is better spent on. But for the nostalgic, the curious, or even those who simply pine for the more difficult, more complex—and occasionally infuriating—days of PC gaming in the 90s, Duke Nukem Forever might actually have a place on your shelf. When it’s all said in done, for many reasons, on many levels, there’s only one score that really fits Duke Nukem Forever, so that’s what it’s going to get.

As it is, credit has to be given to Gearbox for finally seeing this game out the door, but the legendary development time has not resulted in a legendary experience. 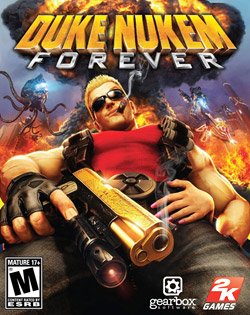