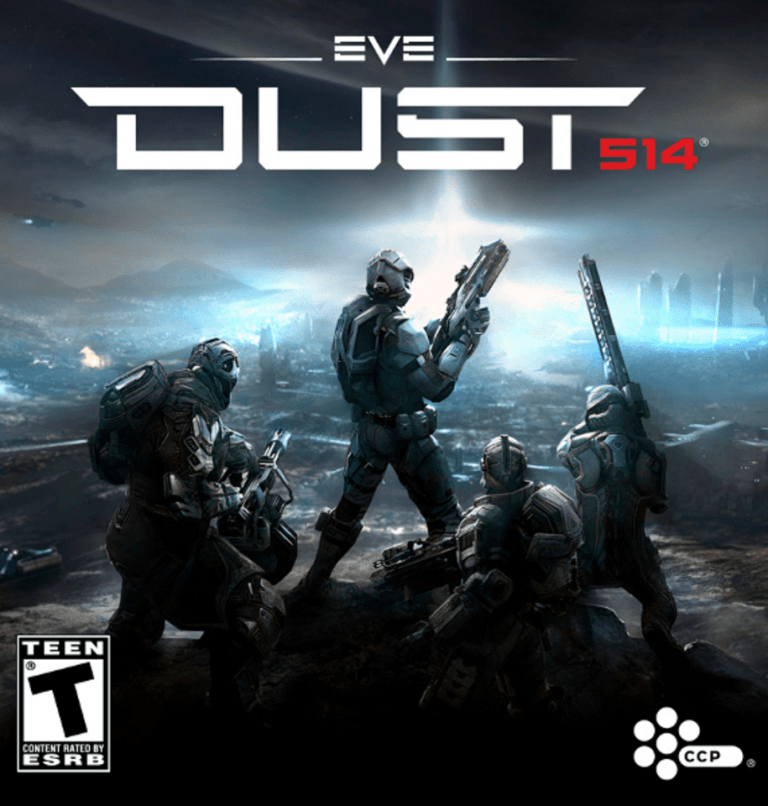 EVE Online has somewhat of a reputation for being a cutthroat, unforgiving game. So is Dust 514, a first-person shooter running parallel to the EVE universe with cross-game interaction, financial consequences for death, a complicated levelling system, the ability to capture planets, manage inter-corporate wars and even influence the NPC factions. The whole thing seems inaccessible to anyone who hasn’t played the game before. But is it?

It’s true that the game is intimidating, and I’ve not played a game before that justified the term. Its expansive skill trees, wide variety of gear and upgrades, and its world-affecting modes mix together to create a monstrously ornate game that, due to its focus on player-created content and factions, requires a huge investment of time to reach the upper echelons. However, the core gameplay is solid, and suitably engrossing as you delve into the finer points of the game.

The game is based around two-team versus matches. Ambush mode is the typical deathmatch-style play, with an OMS (Off Map Support) mode where artillery strikes can be called down. Domination mode has players fighting over a single, powerful cannon, which fires continuously on the enemy’s base when a team holds it. The final mode is Skirmish, where players take and hold several cannon emplacements in order to bring down the enemy mobile command unit, like in Domination.

Combat can become extremely hectic, especially in the Faction Warfare and Planetary Conquest. Cover and team support is paramount, so going in with a team-speak enabled group is necessary. You can die extremely easily to a more organized enemy, particularly with heavy, sniper, and vehicle support. It’s also quite fun. Deaths reduce your ‘clone reserve’, which eventually limits your respawns, and causes you to lose any equipped gear (so bring spares). Battles feel dynamic and balanced, and I never came across anything that seemed gamebreakingly powerful.

The skill system is an interesting addition to the game, and ties directly to the role you play. While the game gives you a variety of skill-free equipment to try out, there’s plenty of stuff that you won’t be able to use until you specialize. Even vehicles require skill training. It’s certainly impossible to max all of your skills, so you have to know what you want to play before you start buying. There is no real way to ‘re-spec’ your points after you’ve spent them, so expect to do a lot of research or to join a corporation with a helpful guide document.

Skill points are earned in battle, but also passively accumulate over time. There’s a cap on how many skill points you earn from matches in a week, which limits how much ‘grinding’ someone can do. This narrows the gap between those with a lot of time and those without, and is a great idea.

I am by no means an amazing gamer, but I never felt particularly weak even with the starter gear and low skills. There’s definitely a gap between high-class equipment, fully-skilled behemoths and starter scrubs, but beginners can still injure and kill such veterans. Coordinated squads make all the difference – solo play is not the intent, though I was even able to have fun on Ambush by myself at times. You won’t always be using the best gear, as well, to save money, but the difference is more of an issue in high-stakes matches (Faction and Planetary).

So is it inaccessible? Not really. You’ll have to spend time to get anything, and you’ll greatly benefit from reading up on what you’re doing. But you’ll enjoy that time (you’ll even get an Academy mode to start, which puts you into random battles with new players), playing in dynamic matches and learning. It also won’t cost you any real money if you don’t want to, and you won’t be so far behind as to be crippled. There’ll also be more content coming out along the line, like any MMO, so there should be new things by the time it gets repetitive.

So is it inaccessible? Not really. You'll have to spend time to get anything, and you'll greatly benefit from reading up on what you're doing. But you'll enjoy that time (you'll even get an Academy mode to start, which puts you into random battles with new players), playing in dynamic matches and learning. It also won't cost you any real money if you don't want to, and you won't be so far behind as to be crippled.
REVIEW SCORE
8
File Under: CCP Games, Dust 514, EVE Online