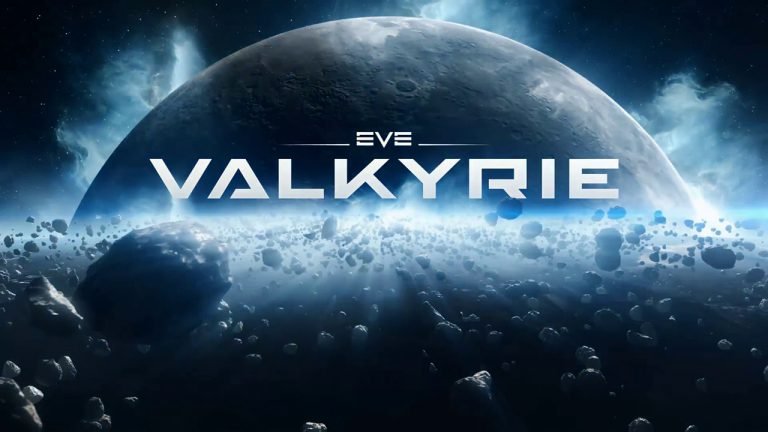 Based in the same universe as the popular spaceship MMO EVE, Valkyrie has players dogfighting in space while reliving the battles of the past.

This Oculus Rift exclusive was included free for those that pre-ordered the virtual reality headset, and it is great to show off your pricey new piece of hardware, but it lacks depth and content.

The controls are tight and feel great and easy to pick up, especially in comparison to something more sim oriented like fellow space game Elite: Dangerous. By the end of the intro, I already knew how to do everything the game offered and without any step-by-step tutorial. Being able to physically look out of your cockpit while moving enhances the experience so much that I couldn’t imagine the game without it. I can’t stress enough; it just feels so good.

The single-player campaign only has six levels, two of which are simple virtual experiences versus true gameplay. The other four levels feature two different modes each, one where players casually fly around stages looking for audio recordings, and the other mode where you try to survive waves of enemies as long as possible. While the story is interesting, it is quite shallow and not worth the time it takes to track down the recordings in each level. The wave-based mode is more fun for those that aren’t into multiplayer—but multiplayer is the main draw here.

Multiplayer is a blast; and that is when you can find the other players. As an Oculus Rift exclusive, the main issue here is a lack of headsets being widely available. Luckily, slots in each team will be filled up with bots until humans take their spots, however, killing bots just isn’t as satisfying as gunning down human players. The bot AI isn’t stellar, and you will often see bots from both teams chasing each other in small circles in the middle of the map, which can easily be gunned down.

When you finally get into a match with other human players is when Valkyrie shines. I haven’t found a more satisfying multiplayer experience yet in virtual reality. Chasing a player down while boosting around debris and physically turning your heard towards them to keep track of their location is exhilarating. Finally getting the kill after chasing someone for minutes is so satisfying, as is dodging rockets or escaping a pursuer.

Currently finding a full match of players is a rarity and that is a shame. Because of this, it is hard for me to recommend it at the time of writing, at no fault of the developers. Once more Rifts get into the hands of consumers and the servers start to fill, this will be one of the best multiplayer experiences you’ll have. Hands down.

Currently the best multiplayer experience on the Oculus Rift, if only the servers were more populated due to the bungled launch of the Rift. Easily recommendable once more people have headsets if you've got a hankering for space dogfighting.
REVIEW SCORE
8
File Under: EVE Online, Oculus