Switch Your Vault Up 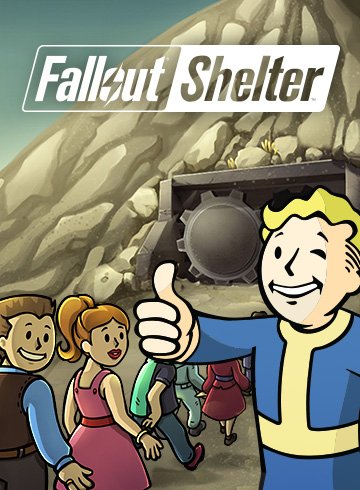 In 2015, Bethesda launched Fallout Shelter on iOS in the middle of E3, resulting in its utter domination of the App Store for months to come. Three years later, and Bethesda has pulled the same trick again, launching Fallout Shelter for the Nintendo Switch shortly after their press conference ended. To its detriment, it’s ultimately the same game that we’ve been playing for years.

Fallout Shelter tasks you with operating a Vault in the Fallout universe, a specially designed bunker that will protect people from the horrors of the atomic wasteland. You’ll gather resources, construct rooms, and manage your citizens to ensure a happy and productive society. This basic format is what Fallout Shelter launched with, but the Switch version also includes all of the updates released since then. A crafting system, quests, and plenty of quality of life updates have made the game much busier in the early and mid-game, so much so that it might overwhelm newcomers or those who haven’t played since launch.

It also remains as slow paced as ever, which, as an originally free-to-play mobile title, makes sense, but is disappointing nonetheless. After the quick beginning, where you get the grasp of running a vault at a basic level, you will be waiting for hours to accomplish most non-resource gathering tasks. Unlike when Fallout Shelter launched, there is plenty to do throughout the game, so there’s no need to worry about a lack of things to do—those things just take time. You can speed up most of the longer tasks by spending premium currency, which is actually well designed, even if you may balk at the price tag.

While I’ve enjoyed my return to managing Vault 69 on the Switch, there are no differences in this version that warrant a change in the platform for me. It’s easier to carry around my phone and play for a handful of minutes throughout the day than it is to take out my Switch, and unless you’ve never played it before, Fallout Shelter doesn’t make a strong case as to why you shouldn’t play the mobile version.

It’s also difficult to ignore the lack of diversity on your path to the end game. The requirements for growing your Vault are identical for each game, and trying to experiment with the rooms you build within it is a quick ticket to disaster. This has remained a problem in other editions of Fallout Shelter, and the new platform doesn’t change that.

To a fault, Fallout Shelter is the same game that you can play on any other platforms. The gameplay loop is simple yet engaging, though the lack of variety in the mid and end game remains disappointing. For newcomers, Fallout Shelter is an okay game that can casually occupy your time. But if you’re a veteran, I can’t see any reason why you should play this version.

For better and for worse, this is the same Fallout Shelter that you can play on other platforms.
REVIEW SCORE
6.5
File Under: Bethesda, Fallout