Fire Emblem’s What If…? 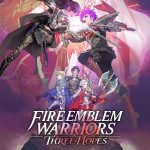 I want to meet the person who plays Fire Emblem Warriors: Three Hopes without having played its predecessor, Fire Emblem: Three Houses, because I have questions. Namely: Do you understand what is going on? I have played Three Houses, but the degree of understanding that the game assumes you have is surprising. You should probably review the plot details; otherwise, you may be confused for a bit.

Three Hopes is not, however, a sequel to Three Houses despite being set in the same universe. It is, however, a sequel to Fire Emblem Warriors, a Dynasty Warriors hack n’ slash/musou spin-off of the popular tactical RPG series. Rather than being a sequel or prequel to Three Houses, Three Hopes is set in an alternate timeline from the events of the main game.

The significant difference being that Byleth, the protagonist of Three Houses, is now an antagonist. You instead play as Shez, a mercenary whose unit is decimated by Byleth and joins Garreg Mach Monastery’s officer’s academy in their stead. This dramatically changes the events that unfold, but it still results in a similar outcome: A war between the nations and factions that make up the continent.

If it wasn’t clear already, I don’t recommend this game to those who haven’t played Three Houses. The knowledge Three Hopes expects you to have, coupled with its poor job of explaining what is going on in the opening hours, means that this is a game made with Three Houses players in mind. And while the writing and characterization are good for much of the game, the prologue and opening chapters leave a poor first impression.

“…I don’t recommend this game to those who haven’t played Three Houses.”

Much like Three Houses, though, Three Hopes lets you pick from one of three classrooms that represent each of the three major powers. Unlike Three Houses, it isn’t long before you’re out of the classroom and put into the middle of a war. Each faction has its own story, playable characters, and battles to fight, though the gameplay mechanics remain the same across every route. I played through the Scarlet Blaze route, and though the narrative wasn’t stellar, it did keep me interested long enough to enjoy the gameplay.

If it wasn’t for the fact that the battles are not turn-based, Three Hopes feels like a proper Fire Emblem. In between missions, you have a base camp through which you can train your units, spend time with characters through activities to get those all-important support conversations and upgrade your various facilities to make everything more efficient.

There is a permadeath option, should you choose to enable it, and fortunately or unfortunately, the game will go over the choice as part of its many, many tutorials. Besides that, I was surprised at how exciting preparing for battle ended up being, particularly considering the lack of such depth found in many other spin-offs like this.

The battles themselves play out just as they have in previous Warriors games. Roaming a large map divided into paths and strongholds, you hack and slash your way through the battlefield to accomplish objectives and crush hundreds of enemies along the way. You can swap between four characters in a given battle, with some giving you the option to bring in additional characters to act as NPCs or assists. If you’ve played a musou before, you’ll feel at home here.

But unlike most Warriors games, Three Hopes is more tactical. The traditional weapon triangle from Fire Emblem is retained here, as are various weaknesses and strengths for magic and classes. Having a suitable character composition is key to defeating enemies quickly, and ensuring that your units are properly levelled and equipped becomes increasingly important the further you get into the game. This is particularly important given that you can pause the action and issue orders to your allies at any point. These can include ordering a thief to open a locked chest, ordering an ally to take a stronghold, or exploiting enemy weaknesses by sending an archer to take out a pegasus knight, to name a few.

The tactical depth is furthered by the extensive class, ability, and weapon system. Each character can become any class provided they meet the prerequisites and use a seal to switch, and mastering a class through training or battle allows unique abilities from each class to be used when swapping to others. There is a large variety of weapons for each weapon type, each of which comes with varying abilities and stats that can give you just a little bit of an edge in battle should you spend your time forging and reforging them.

But when you get right down to it, Three Hopes is a musou game like any other. The difference is that the variety of builds and strategies you can create allows you to cut down hordes of enemies easily – more easily than normal, in some cases. Side missions pop up frequently in each battle, offering rewards for completing minor objectives, and there are strategies that you can select before battle ahead of major fights that offer bonuses to your army or allow you to recruit enemy characters. Even though this is in the Warriors formula, these changes make it feel fresh in the same way that the changes in Hyrule Warriors: Age of Calamity and Persona 5 Strikers did.

“Fire Emblem Warriors: Three Hopes should be a good time for those who enjoyed Three Houses.”

Unfortunately, it doesn’t look good. The visuals are weaker than any recent Warriors spin-off that I can remember. The character art is the only thing I can say looks good, as the character models are fuzzy most of the time and jagged lines run through every piece of the environment. While specific attacks are flashy, the poor graphical quality prevents them from feeling genuinely spectacular. Units and specific environmental details also have a habit of not popping in until you are right on top of them. The only consolation is that Three Hopes runs smoothly, which is more important for a game like this.

Despite those issues, Fire Emblem Warriors: Three Hopes should be a good time for those who enjoyed Three Houses. It almost feels like a proper Fire Emblem with its strategic depth, even if it remains a Warriors game at heart. Those who don’t like how musou’s play will likely not be impressed by the changes found here. But if you’re looking for an interesting take on either the Warriors or Fire Emblem franchises, there’s plenty of fun to be had in Three Hopes.