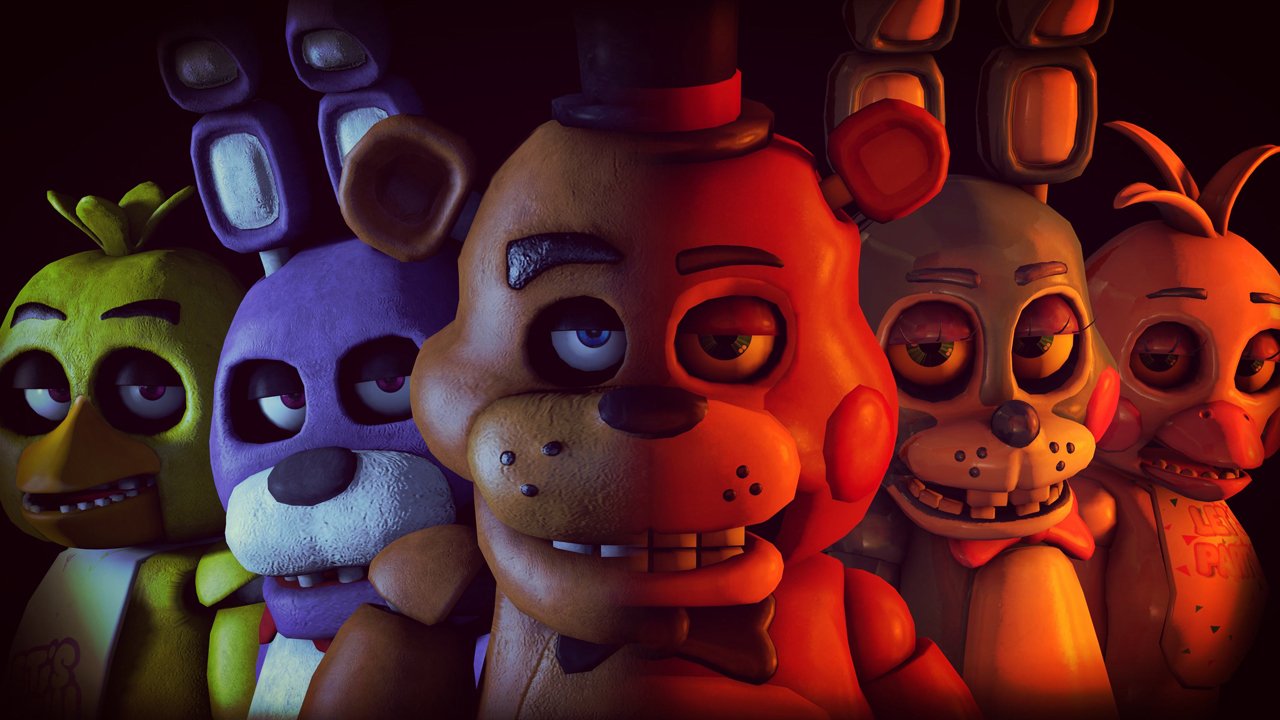 Despite its low budget, the original Five Nights at Freddy’s was able to turn its weakness into its best-selling point– being completely helpless and unable to move. The game was a huge success, praised by players and critics alike for its different game structure and interesting story. As someone who loves anything and everything horror related, I too jumped on the bandwagon. I thoroughly enjoyed the first two games, but the last two not so much. My main gripe with the Five Nights at Freddy’s series was the titles were all more or less the same in the gameplay department. On top of that, every time a question was answered, thirty more were uncovered. When Five Nights at Freddy’s: Sister Location was announced I was skeptical, but I hoped that this one would breathe new life into Scott Cawthon’s series. Unfortunately, for a variety of reasons, it didn’t.

This time Five Nights at Freddy’s: Sister Location is set at the Circus Baby’s Rentals and Entertainment, the sister company of Fazbear Entertainment and owned by Afton Robotics. The animatronics in Sister Location were originally supposed to be at Circus Baby’s Pizza World but the restaurant was shut down before opening day due to gas leaks. Now they are rented out for events, and stored away at the warehouse overnight.

The player is a new employee named Mike (or Eggs Benedict due to an A.I. malfunction) whose job is to keep up the maintenance of the animatronics. Mike’s first day goes off without much of a hitch, but seeing how this is a Five Night’s at Freddy’s game, it doesn’t last very long. Soon things start to go awry with the animatronics except for the questionably helpful Circus Baby who attempts to help Mike during his first week.

One thing Five Nights at Freddy’s: Sister Location has over its predecessors is that it’s different more or less. Sister Location doesn’t have the same monotony as its predecessors where you’re stuck in one place, relying on certain mechanics for your survival. Each level (or night) offers different mechanics from hiding, and crawling through vents to resetting security features. While Sister Location deserves praise for this, its difficulty is incredibly inconsistent. It’s difficulty curve feels more like a rollercoaster with some laughably easy levels and others that can only be described as a gigantic pain in the neck. Night four stumped so many players that Scott Cawthon had to release a patch to fix it. Even after that update, it’s still hands-down still the hardest level of the game. Also, despite all the variety, each element seemed all too familiar. Things like winding screws on an animatronic were similar to winding the music box in Five Night’s 2. Listening for Ballora’s music like listening to breathing in Five Night’s 4. Sister Location felt very clip-showy with all the call back’s to the previous games.

Another thing about Sister Location is that it’s much creepier than the previous games. Five Nights at Freddy’s only frightening factor was the frequency of the jump scares. Sister Location, however, has more of a creepy atmosphere instead. Don’t get it twisted, the jump scares are still there, but if you play this game well you can avoid a lot of them. The constant darkness, the music, and the voice acting for the animatronics combined really make your hair stand on end. A lot of that feeling is thrown away with some ill timed attempts at humour though.  Sister Location is so story heavy that you’re forced to listen to the voices, but weirdly placed jokes kept throwing me off. It’s understandable since the humour does help to offset some of the dark story, but it makes for an inconsistent tone.

While the humour at least offers something to the story, there are some issues that are harder to forgive. My main gripe with Sister Location is that Cawthon had great ideas but didn’t go all the way with them. There were just too many inconsistencies and wasted elements that made Sister Location a bit of a letdown. I also wish he had actually answered more questions this time. Since we don’t really know the background story of Circus Baby, all the theories about the animatronics are still up in the air. Are all the animatronics inherently evil? If so, why?

If Cawthon does make a sequel game, I’ll still play it but he really needs to do an overhaul on his franchise. I get that it’s difficult to make something fresh while staying true to the heart of Five Night’s at Freddy’s, but he should have took a step back to test how far his new ideas could go. Cleary there was a lot of love and fine polishing put in to Sister Location, but Cawthon needs to take more risks. Maybe that means wrapping things up explaining the whole story, as there are only so many mysteries to shove into an already convoluted plot.  The man has great ideas; let’s just hope he fully utilizes them in the future by taking his time and not diving into the pressure of demanding fans. True fans will wait if it’s for a quality product

If Cawthon does make a sequel game, I’ll still play it but he really needs to do an overhaul on his franchise.