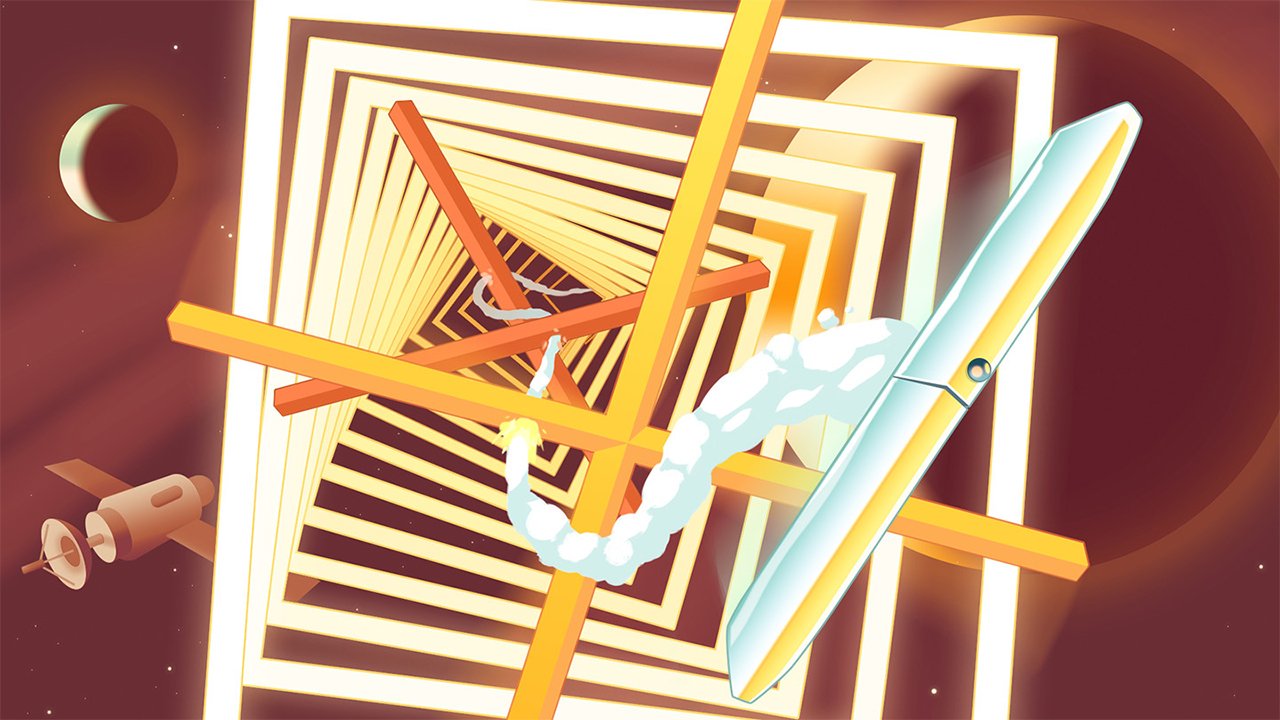 If you haven’t heard about Flywrench, then now’s the time to listen up. An action-puzzle experience from Messhof (the minds behind Nidhogg), Flywrench is addictive, enthralling, and ridiculously difficult all at once.

You play as a ship (which, for all intents and purposes, looks like nothing more than a small white line) that can instantaneously transform itself between three different “states”, each signified by a distinct colour and movement pattern. Through the use of two buttons and the left analogue stick, players are able to flap like a bird, tumble and ricochet as a gyroscope, or simply ride with the momentum as the default white line. All of these manoeuvres must be deployed in tandem (usually within the space of a few seconds) to navigate the perilous contours of Flywrench’s 199 levels.

Adding to the challenge, your ship can only pass through certain lines by matching their colour (honestly, it’ll make more sense once you try the game for yourself). These are the rules set by Flywrench, and they provide the building blocks for a near endless possibility of challenging, finely-honed platforming experiences.

Flywrench’s tightly tuned control scheme means that, unlike Flappy Bird and the countless “hard” games that followed in its wake, Messhof establishes a steady and fulfilling learning curve, which rewards practice and commitment. Familiarising yourself with the design of each level, mastering your reaction speeds, and generally becoming more receptive to the behaviour of the spaceship all take time and effort, but the payoff is getting to enjoy a near endless number of levels set to a superb audio-visual backdrop.

And the music. Sweet maple, the music. Featuring tracks from a range of talented artists like Daedelus, Machinedrum, and more, the backtrack to the gameplay is a treasure trove of harmonious electronica, establishing a meditative soundscape to soothe the frustrations that accompany the inevitably frequent deaths experienced on the path to progress. What’s more, it corresponds perfectly with the hypnotic visuals of the game’s lo-fi art style.

Disappointingly, the popular level editor from the original PC release doesn’t feature in this transition to the PlayStation 4, but Messhof has admirably tried to sweeten the deal with the addition of 12 exclusive new levels. It’s a poor man’s substitute for the unlimited freedom of crafting and sharing your own designs, but Flywench already offers so much value for money that we’re willing to overlook the omission.

Flywrench creates complex challenges through simple design structures, absorbing you into to its mesmerising gameplay for hours upon end.