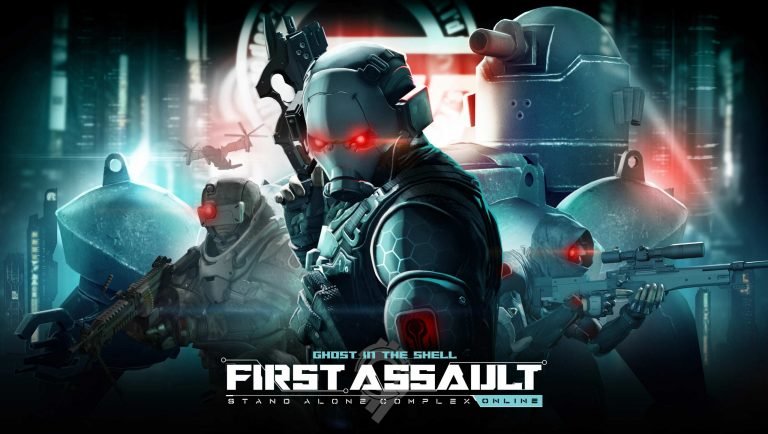 During its Early Access release, PC players branded Ghost in the Shell: Stand Alone Complex – First Assault as a poor shooter that couldn’t even get the basics of the genre right. Despite the harsh criticism, a core fan base developed to support the title and help solve the issues. Now the game is free-to-play and will soon be exiting the beta stage as a solid multiplayer shooter for fans of the critically acclaimed anime.

Ghost in the Shell: Stand Alone Complex – First Assault is a tactical multiplayer shooter similar to Counter-Strike: Global Offensive. If you’re a player that likes to run-and-gun instead of calmly checking corners, then expect to be killed a lot because it only takes a couple precise shots before you’re left staring at the respawn timer. If you want to become a powerful player then you need to choose an effective operative, customize a number of situational loadouts, and learn to play the objective with your team instead of as a lone wolf.

Each of the playable operatives from Section 9 features a unique skill for players to use across the three core gametypes of First Assault. To use one of these powerful abilities, players need to charge their skill meter by taking out opponents or contributing to the objective. Each skill has two tiers of power and it’s up to the player if they want to use the ability early to benefit their own situation or fully charge it to benefit the team. For example, choosing the always-elegant Major Kusanagi gives you the ability to become invisible and stealthily take out enemies. However, charging the ability to tier two will establish a skill-link, allowing other operatives to copy your skill and go invisible with you, adding more depth to the cooperative team play. You can also further enhance your operatives by installing temporary perks like sleight-of-hand and faster charging speed.

One of the most satisfying parts of Ghost in the Shell: Stand Alone Complex – First Assault is how you can customize your weapon loadout. Players are provided with a standard assault rifle, SMG and sniper rifle the moment they log in and can customize them by purchasing a number of diverse attachments—or completely different weapons—with the in-game currency.  Thankfully, none of the purchasable weapons I tried felt over-powered compared to the standard issue equipment. Those who invest money in the game will have access to a more diverse selection of guns and skins, but a competent newbie will still be able to perform just as well and win firefights.  There are no pay-to-win elements in this game.

The three core gametypes of Ghost in the Shell: Stand Alone Complex – First Assault are Team Deathmatch, Demolition and Terminal Conquest. Outside of the standard TDM, Demolition is a reskinned Counter-Strike game mode that has one team trying to plant a bomb while the other defends until one team wins six rounds. Terminal Conquest is the mode I had the most fun with, even though it is essentially the headquarters mode from Call of Duty. The reason why this mode was so much fun is because if you play the objective by capturing the contested points around the map, you have the chance to deploy your personal AI spider-tank, the Tachikoma. These child soldier-like AI’s pack a lot of firepower and are one of the most helpful forces you have during Terminal Conquest because they take the aggro away from your team. Each team can deploy only one tank at a time, but I enjoy their inclusion because it’s another addition to the gameplay that makes me feel like I’m playing in the Ghost of the Shell universe.

Outside of the Tachikoma though, there’s not much in First Assault that makes you feel like you’re playing a true Ghost in the Shell game. Even though the fan-favourite characters are played by their original English voice-actors from the anime, there’s no conversations or playful banter between them to make you feel like you’re really kicking ass as Major Kusanagi or Batou. The artstyle does look cyberpunk-esque, but I would have loved to see some beautiful cel-shading to really bring out the life of the setting and characters instead of the generic graphics we’ve seen done better from other shooters in recent years.

From the first-impressions I heard from early-access users, I expected Ghost in the Shell-First Assault to be another addition into the endless abyss of poor shooters. I’m happy that it has developed a solid foundation with thanks to the hardcore fan base, but as a fan of the anime, I feel disappointed that the soul of Ghost of the Shell appears to be absent.  More dialogue or even a cooperative game-mode to make you feel like you’re playing as the infamous members of Section 9 would go a long way into developing the lack of character the game suffers from. That being said, if you’re in the market for a good free-to-play sci-fi shooter, Ghost in the Shell: Stand Alone Complex – First Assault  is definitely a game worth recommending to newcomers and one that should be revisited by the first wave of players who gave up on it.

While the soul of the Ghost of the Shell anime appears absent, First Assault is an enjoyable free-to-play shooter built with help from its dedicated community.
REVIEW SCORE
7.5
File Under: Ghost in the Shell, Nexon