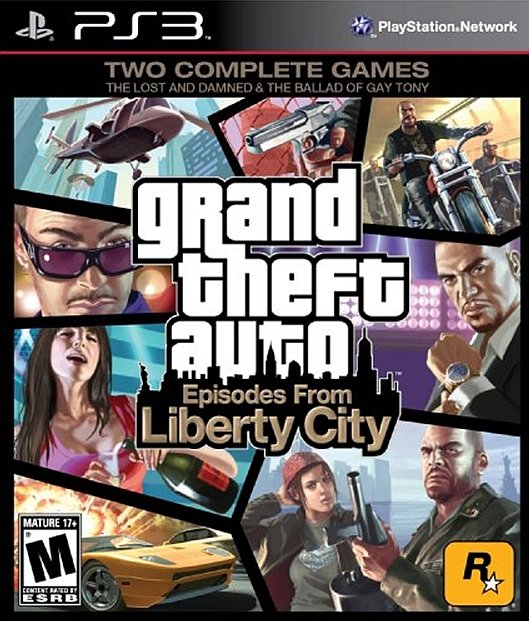 It’s been a rocky road to the arrival of Grand Theft Auto IV: Episodes From Liberty City to the PS3 and PC, one that many had wondered would actually happen. With a rumoured $50 million deal between Microsoft and Rockstar to put two additional episodes of the massively popular Grand Theft Auto franchise on the XBOX 360, it was assumed that the agreement was one of permanent exclusivity. Less than a year after the release of The Ballad of Gay Tony to the XBOX 360, both episodes are now compiled on a retail disc in identical fashion to the XBOX 360. And for fans of Grand Theft Auto IV who only have a PS3, this is still a title you want in your collection.

Grand Theft Auto IV: Episodes From Liberty City takes place concurrently with the events of the original Grand Theft Auto IV. It’s actually a compilation of the two downloadable episodes that were released after GTA IV hit retail shelves, and both episodes are still available online as in their original digital format. Each episode puts players in the shoes of two very different characters, the only common trait both share being that they are natives of Liberty City, rather than immigrants, as was Nico Bellic in the original game.

Episodes From Liberty City is priced $10 less than regular game, and that makes it an easy game to recommend. Despite being DLC compiled on a disc, the two episodes offer more content than most retail games, with some of the best satire in games today. Fans of GTA IV will love the new content, and fans of the earlier San Andreas game will find a the Gay Tony episode to better suit their taste for over the top Action. The multi-player modes are plentiful and robust, considerably lengthening the lifespan of the game. All in all, for PS3 only owners who missed out the original release of this DLC when it hit the XBOX 360, these two episodes are still a lot of fun and will provide a lot of value for your money.