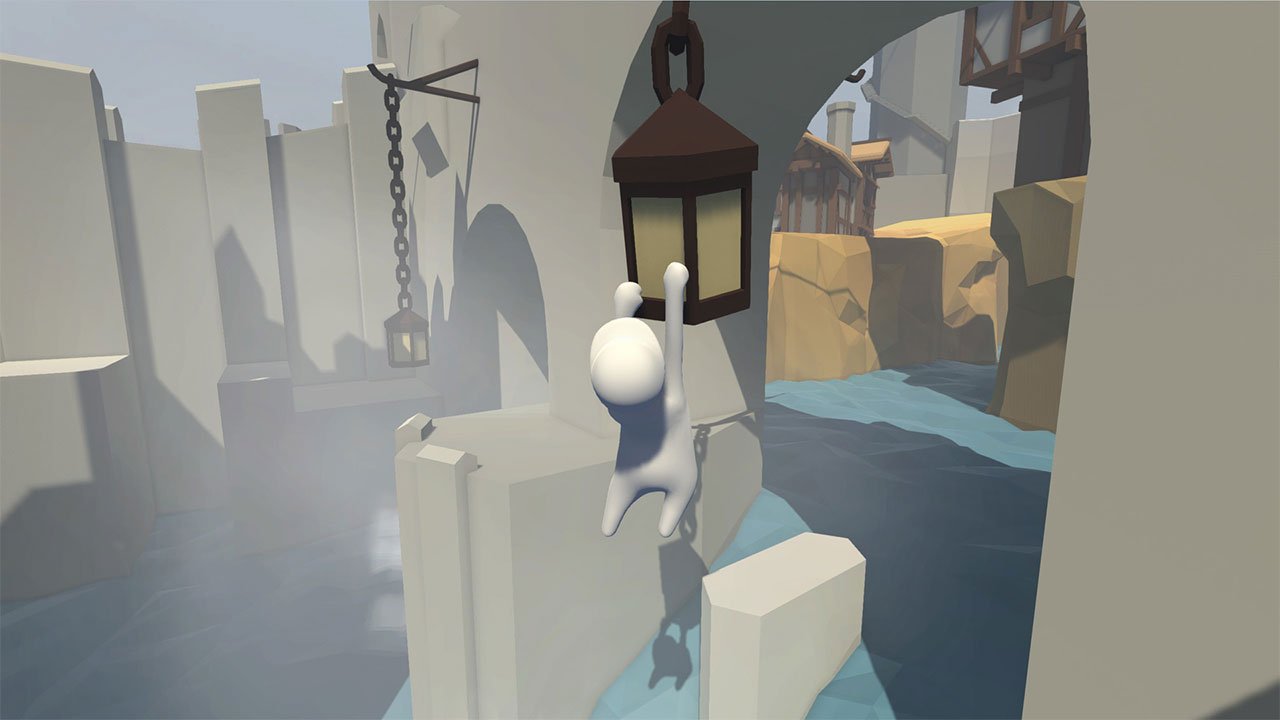 Human: Fall Flat is one of those platforming puzzle games in a similar vein as the brilliant Octodad or the more destructive Goat Simulator.Here, the shtick is that your character walks like the corpse from Weekend At Bernie’s the entire time, and you’ve got to control his hands independently. His hands are used to pick up objects and grab onto ledges to lift himself up.

The developers do a nice job of naturally teaching you what to do at the start of the game without forcing you through a dull tutorial, though if you do get stuck an object will drop from the sky to give you said boring tutorial. It is a nice way to not talk down to players while also giving them help if they need or want it.

The controls aren’t so difficult to pick up, but dealing with the purposefully awkward physics of the character sometimes is. Attempting to do basic tasks like carrying a box or rowing a boat can be rather trying. While I get that the physics are supposed to be some kind of funny joke, the joke wears thin pretty quickly when you just want to finish the level and move on but can’t due to fighting with the controls.

The puzzles range from mundane to more thought provoking; many of which gave will surely make you feel brilliant upon solving them, pending you haven’t ripped your hair out from fighting the ‘hilarious’ physics.

Human: Fall Flat uses muted textures and colours instead of any real detail, which when paired with the lack of music or ambience led me to feel bored and wanting to the game to end so I could play anything else. Even with clever puzzles and sometimes funny and/or infuriating physics, I found little enjoyment here.

Even with clever puzzles and funny physics, I found little enjoyment in Human: Fall Flat. 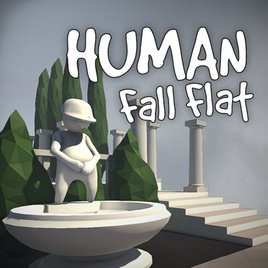