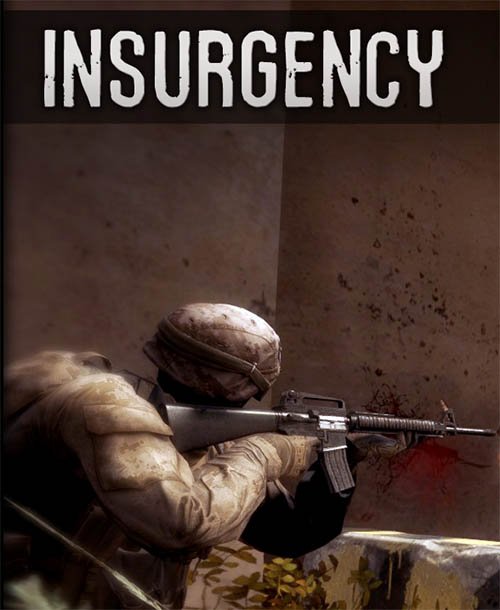 Rather, Insurgency is a game of very specific systems. Each mechanic was chosen and tuned to create a unified experience: tense, gritty, twitchy and tactical. The game started as a mod years back, and developer New World Interactive – with many of the original creators on board – has been working to make it a standalone title.

The result is incredibly unforgiving. There’s no introduction to the controls or various features, just a list of servers and games. The best option for new players is to play co-op against the computer, slowly learning the mechanics and increasing in skill as your teammates shudder at your incompetence.

Death comes swiftly. All it takes is a single bullet – because you stuck your head out to get your bearings, because you tapped left-click a millisecond after your opponent or even because you wisely turned around to check if there was an enemy flanking you. As in real warfare, doing everything right is no guarantee of survival.

In a world as capricious as this, you can only rely on teamwork and communication. Your partners make up for the spontaneity of your death by taking down your killer in your place and reviving you at the next checkpoint. And they expect you to do the same for them. A shame, then, that friendly fire is so common.

Communication is problematized by a “3D VOIP” system, in which your voice reaches friends and enemies alike based on distance. It succeeds at reinforcing the squad-based nature of the game and establishing a sense of paranoia that someone may be listening in.

Of course, all of this applies to the game as played at its highest level. As with many online games, most pick-up matches are messy, brutish and short. That is, essentially, the core of the game. If it doesn’t sound enticing, then be aware that there’s little else at play. Yes, there are a number of upgrades available, but few have a noticeable effect due to the alive-or-dead nature of the game. In particular, extra armour and special ammunition do next to nothing.

Most of the game modes revolve around capturing territory to restore fallen allies. Thankfully, it’s a well-thought-out system: it encourages you to treat your life carefully and work with your teammates, while still allowing you the chance to get back into the fight if you die.

However, none of these features serve to distinguish Insurgency from the other options available. The first-person shooter comes in a hundred different flavours – if Insurgency’s brand of precise, ultracompetitive gameplay isn’t to your taste, there’s nothing for you here.

Rather, Insurgency is a game of very specific systems. Each mechanic was chosen and tuned to create a unified experience: tense, gritty, twitchy and tactical.
REVIEW SCORE
5
File Under: FPS, PC