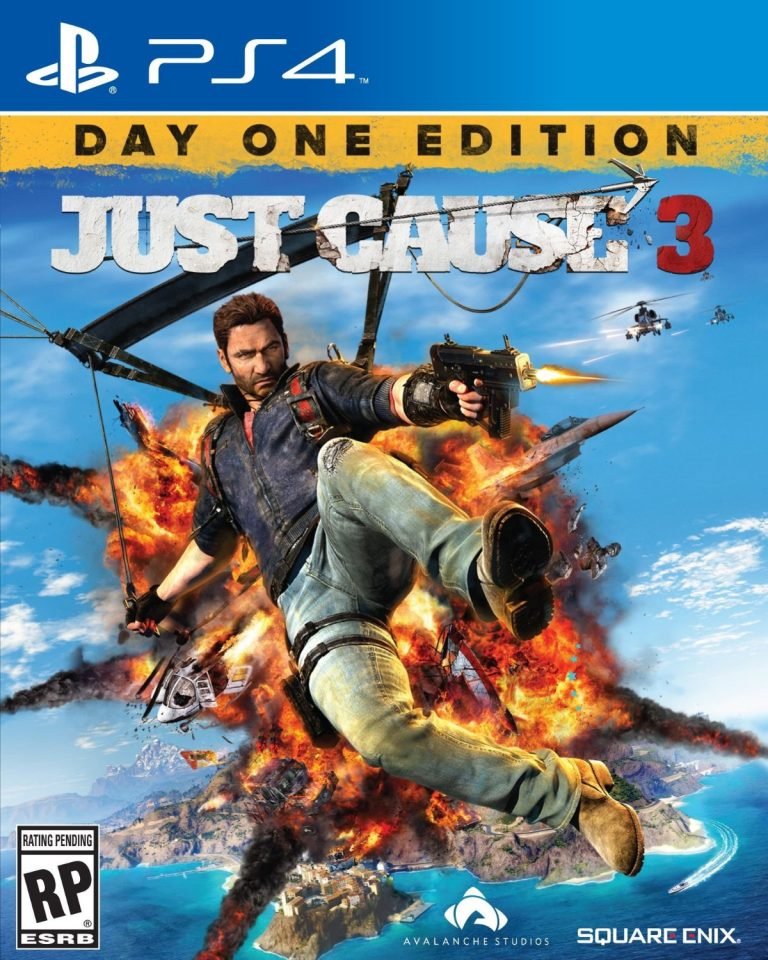 After the insane success of Rockstar’s Grand Theft Auto V and the disappointment of Ubisoft’s Watch Dogs, I thought the open world genre reached its zenith and was on the decline. It was a one-two punch that really felt like no game would ever be able to recreate the same scale while maintaining bustling world. But I forgot there was a series just itching for a sequel, and the next generation consoles would be the perfect place to return and take its spot on top of the mountain with a new game. That game is Square Enix’s Just Cause 3. But comparing it to GTA V wouldn’t be right, because it’s a completely different animal altogether. It’s the video game equivalent to a Stallone movie, but with its own unique style of mayhem and carnage, mixed with a gigantic new map, and obvious refinements over its predecessors, this is the title we need in this console generation.

The game takes a more personal tone this time around with a Batman and Che Guevara love child, Rico Rodriguez, returning to his battered homeland that is ripped apart by a civil war. The country was taken over by General Di Ravello, the closest thing the Mediterranean has seen to Saddam Hussein since Mussolini. Even down to his general appearance, he’s Hussein and it’s kind of unnerving, but it makes for an easy reason to dislike the guy. He’s got a stranglehold on the media, and on the citizens and it’s evident with speakers placed around cities spewing his propaganda, the obvious lies radio hosts must say under fear of death, or even with the gigantic statues he has erected of himself everywhere.

He’s a narcissist who sees his people as insignificant taxpayers that he controls or kills as he sees fit. So it’s clear to see why our favorite grappling hook rebel wants to take him out. He does this by going from city to city, causing a ruckus, liberating those cities and provinces, slowly loosening Di Ravello’s grip.
The tone of the game shifts from light hearted to really dark, and often times those lines blur. The bright colourful Mediterranean island is in a tumultuous time. Even the jokes have dark undertones. At one point, after I destroyed a government facility, the radio news anchor talked about how it was a planned demolition and everything was normal. The tone of his voice clearly stated otherwise, though. I did a terrible job conveying the joke, but it was just dark enough to make me realize the situation, but it was still rather hilarious. The delivery was so on point; it highlighted Di Ravello’s hold on everyone on the island.

That’s reason enough to work your way through each mission and liberate each town, but the amazing gameplay makes it that much more satisfying. It plays like most open world sandbox adventures, but with a little extra ridiculousness for good measure. Environments are destructible, and almost everything explodes. The grappling hook is back, but you can use six this time, meaning twelve things can be hooked at once. You shoot two things, pull them together, and watch the hilarious results unfold. It’s a really efficient way to deal with enemies and conserve ammo because there are tons of baddies at any given time, you can also use them to destroy things and take down structures. The main purpose of your grappling hook is to help you traverse the huge map—if you find the right way to use the grappler. With the parachute and the newly implemented glider suit, you can easily get anywhere. The problem is, the glider takes a lot of getting used to. It essentially turns Rico into a human flying squirrel, and it isn’t easy to pick up on at first. It took me a long time to really figure out its subtleties, but once I did I was flying everywhere.

Even with those awesome forms of transportation, I still found myself drawn to driving.  With all the ridiculousness going on around me, a car worked nicely. The vehicles actually control really well. Criterion Games, developers of the Burnout series, helped out with the vehicle handling. This was a good move on Square Enix’s part because it’s an obvious upgrade over the last game in that regard.

But you can say that about pretty much every part of this game. The visuals are better, the world is larger, there’s more variety, and it just feels so satisfying to do almost everything, but it’s not without its flaws. The voice acting was not as polished as I would have liked. In the same scene, some characters jump from a South American or Hispanic accent to something more akin to Italian. It was kind of off-putting at first and I tried really hard to ignore, but it was so obvious that it became annoying. Also, swimming is an absolute chore. I cannot tell you how many times I drowned because Rico controls so differently underwater. Speaking of water, the boats move so slow that aquatic travel isn’t fun. That isn’t normally an issue, but the island is so fragmented that if you can’t get ahold of a helicopter or plane, you have to commandeer a boat.

I found myself jumping out a little bit before shore so I could swim and constantly press my grapple button in the hopes I’d hook onto a rock and drag myself in. Yet, this worked sometimes, but it felt like the length of my rope would vary depending on the time I used it. Sometimes I could go pretty long distances, while other times it was significantly shorter. That was a pain when I’d try to get away from enemies because I never felt like I knew when I could escape. Also, Rico can take a bullet or 500 when he needs to, but you need to know when he’s reached his limit, but taking cover isn’t an option. Despite all his acrobatics, our poor rebel never learned how to crouch, which goes against everything gaming has taught us in the last decade.

Those are minor gripes in the grand scheme of things though. This is a video game through and through. It doesn’t try to be anything more, and it’s fun. It was refreshing to a point where I forgot what it felt like to play something so unafraid to be what it is. There was never a dull moment, even with the gigantic map, it always felt like there was something to do.  Even if that something was to see how far a bus flies when driven off a cliff, or the random missions that spontaneously appear so you can help the rebel cause. These will vary from intercepting a convoy, or an assassination of a character in your vicinity, but they manage to make the war feel real and less planned out.

Just Cause 3 is a joy to play and is easily a candidate for game of the year. While it does come with flaws, there is not a single open world game that allows players to let loose in such a shamelessly entertaining way. It might be the video game equivalent of a cheesy action movie, but it wears that badge with honour and balances comedy and seriousness perfectly. I cannot recall a single time I wanted to put my controller down, even in between missions; there was always something to do. It’s the definition of a well-crafted title that isn’t afraid to be what it is—a video game. I loved every second of this chaotic adventure.

Just Cause 3 is a joy to play and is easily a candidate for game of the year. While it does come with flaws, there is not a single open world game that allows players to let loose in such a shamelessly entertaining way.
REVIEW SCORE
9.5
File Under: Square Enix