King’s Quest – Chapter 2: Rubble Without A Cause (PC) Review 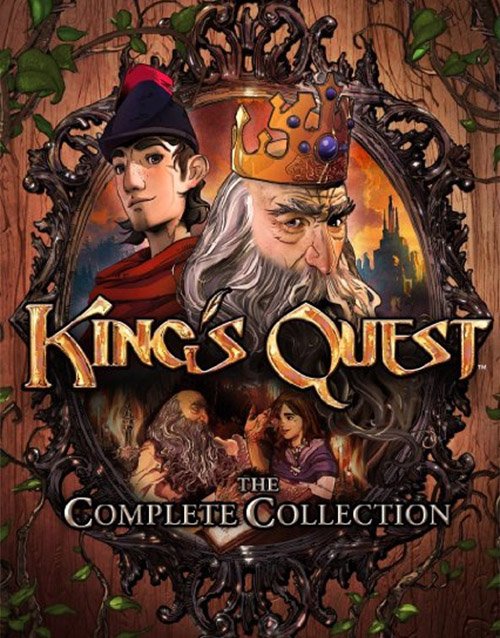 The first chapter of King’s Quest was a fun, colourful, and adventurous reimagining of the classic game from Sierra. However, developer The Odd Gentlemen have largely failed to maintain this same type of quality in chapter 2, Rubble Without A Case.

This second foray into high-fantasy lacks the variety, interesting dialogue and locations, and clever puzzles found in the first chapter, A Knight to Remember. Instead of taking place in the fantastic kingdom of Daventry, you’ll find yourself spending most of your time in bland caves while trying to outwit a group of pesky goblins. Where the first chapter was about the series’ main character, Graham, beginning on his path to knighthood and eventually becoming a king, Rubble Without A Cause finds Graham’s leadership, knowledge, and bravery tested for the first, tangible time as a king.

With his reign still in its infancy, Graham and his friends are quickly carried off to the goblins’ underground lair. He needs to hunt for a way to escape while simultaneously trying to help the other victims. Keeping these people alive by finding food and medicine, and making tough choices in terms of choosing who gets the best treatment is the crux of this 2-3 hour chapter. Your allies have heart metres that deplete, so you’ve got to constantly keep an eye on them. However, this new mechanic isn’t explained well or even made apparent. For the most part, I was forced to figure out the relevance and importance of these heart metres myself.

Of course, failure to do this led to some awesome characters being carted off, presumably dead. The whole affair felt frustrating rather than emotional because of how poorly the heart metre mechanic was introduced. What’s worse is that the auto-save system prohibits you from replaying the chapter once you do finally understand how it actually works.

Graham will also be challenged with solving a slew of puzzles while exploring the goblins’ lairs, but they never reach the highs of the puzzles in A Knight to Remember. Most of them are quite easy to solve, and way too simple. They can still be fun though, if only because they’re entirely based on the goblins’ fairy tale obsessions. A good chunk of the riddles deal with classic fairy tale lore. Like, for example, how can Graham help a goblin who wants to turn a frog into a prince? These riddles do a great job of fleshing out King’s Quest’s world-building and lore, and they put a familiar but fun spin on high-fantasy storytelling.

Rubble Without A Cause also retains the first chapter’s gorgeous art style and aesthetic. All of the character models still look eccentric and pleasing alongside the unique choice of colour palettes. But, as stated, having a dark and bland cavern as your only setting makes this particular chapter look a lot more displeasing than it should. I did encounter a few technical hiccups, like rough cutscenes that look unfinished, milliseconds of a disconnected scene flashing on stage, and a few glitches here and there. This was certainly not the case with A Knight to Remember.

Rubble Without A Cause is unfortunately a few steps back rather than a giant leap forward for this series, which is made even more frustrating considering how well made and promising the first chapter felt. The Odd Gentlemen still has enough here to produce a much better effort the third time around, and hopefully finish the series off in a great way.

This second foray into high-fantasy lacks the variety, interesting dialogue and locations, and clever puzzles found in the first chapter, A Knight to Remember.
REVIEW SCORE
7
File Under: King’s Quest, Sierra, Telltale games