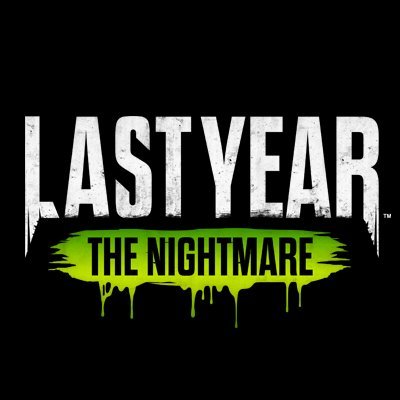 Asymmetrical survival games seem to be the latest trend to hit multiplayer gaming with the likes of Dead by Daylight, Friday the 13th and even Evolve, not to mention the slew of smaller independently developed games that have seen a surge in popularity, in recent memory.

Set in the mid-90s, Last Year explores the slasher trope, specifically the supernatural/deranged killer who has a pension for the supple flesh of highschoolers — however, as it is a survival game, unlike most media within the slasher genre, Last Year: The Nightmare empowers the otherwise brain-dead teens with the means of potentially making it out alive.

Starting with the student characters, players can choose from classic character archetypes, which include: the Jock, Nerd, Cool Kid, Outcast and Overachiever. Each character has a certain skill set that just feels right, despite the fact that players can pick any of the available roles for their character regardless of who they initially pick— for example, the outcast character Sam seems to take on the scout ability rather well, blending in easier than some of her other classmates like the Jock or Cool Kid; conversely, a character like the Nerd feels best when MacGyvering weapons and other deployable traps that help impede the looming threat of the killer.

Each individual ability of the teen characters feels paramount to gameplay, especially taking into considering the brute strength of the opposing killer. Due to each match being just under 20 minutes, things can get hectic quick, and often-times require the assistance of all player types to just survive or turn the tables on the enemy player.

Unlike the teenagers, the killer characters are limited to 3 distinct types, which thankfully, also seem to contribute in them feeling much more unique than the survivors. The three characters include Strangler, Slasher and the Giant. Starting with the Strangler, who is the weakest of the three but offers heightened agility and more importantly, comes equipped with a chain. The character feels the most unique in terms of mechanics, specifically referring to his chain attack, which can be used to wrangle any ill-fated teenager towards the player (Mortal Kombat-style), making for a quick and relatively mess-free kill, especially from when in-hiding.

The Slasher is your classic axe-wielding madman and is also the most balanced out of the three antagonist characters. The Slasher’s axe provides one of the easiest ways to take down survivors, granted if the killer can ambush or save enough stamina to do so. Finally, the Giant, the slowest of the three, instead offers the fastest time-to-kill, with a Juggernaut like rush ability coupled with the ability to pick-up and throw survivors.

I found the Slasher to be my go-to out of the three, although the most satisfying character to use would definitely have to be the Strangler, particularly when catching an unsuspected player, which left me with a feeling almost akin to a chameleon catching its prey.

If a student character is killed, they are sent to a closet storage room, in which another player has to revive them in order for them to continue physically. The killers, who are also susceptible to death must wait 20 seconds before being able to respawn anywhere they choose, as long as they are not in close proximity to the survivors.

The predatory characters also have the ability to set traps, including rigging item boxes with noxious gases and bear-traps that can hinder student characters just long enough for the killer to do their thing. This is called Predator mode, where the hunter player can remove themselves or remove their spawn and travel around the map like a ghost, setting traps and observing their prey. Predator mode helps give the killer an edge over the students in terms of strategy.

Currently, Last Year: The Nightmare has three maps, Bell Tower, Gym and Library — all three maps are large and multifaceted, offering plenty of shortcuts, secret stashes and places to hide, both for the survivors and the killer, making repeat visits feel fun and exciting. The library was my favourite map out of the three, which to me felt the most distinct, eloquently blending a typical high school library’s facade with more extravagant and over-the-top elements such as an end area that featured lavish decor and decorative lights, more indicative of a mansion than that of a typical high school.

Last Year: The Nightmare is a pretty looking game, if I had to describe it in one sentence, I would say the game is most reminiscent of some of the artwork found in R. L Stine’s Goosebumps series of children’s horror novels, albeit a tad bit more on the offensive side. The sound design of the game is also quite fitting, bringing both the survivors and killers to life, giving each character their own distinct voice set to appropriately chilling background music that changes accordingly to the action on the screen.

My biggest fear with Last Year: The Nightmare is one of longevity, as it stands the game is quite fun in shorts bursts, however, I can see things getting old rather quickly. Hopefully, Elastic Games continues to add and polish the game as the title matures and finds its footing.

Last Year: The Nightmare is an admirable take on the asymmetrical survival horror genre, and despite not doing too many things outside of the box, the stellar presentation and level of detail throughout helps the game survive long enough to warrant the price of entry for fans of the genre.
REVIEW SCORE
7.5
File Under: