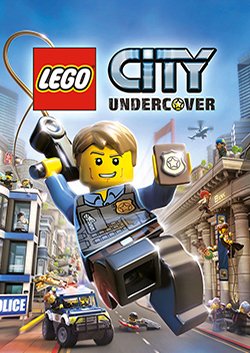 The Chase is On

LEGO City Undercover really is the culmination of where the LEGO series of games have been heading over the last eight years. We’ve seen the developers at Traveller’s Tales and TT Fusion give licensed property after licensed property the LEGO treatment. Gamers who have played anything from LEGO Batman 2: DC Super Heroes onward may have noticed some changes in the series formula. LEGO Batman 2 saw the addition of original writing and voice acting whileLEGO The Lord of the Rings: The Video Game had Sam, Frodo, and the rest of the fellowship adventuring across a surprisingly open Middle-Earth. LEGO City Undercover features those two elements heavily but doesn’t lose the trademark LEGO sense of humor or fun factor. In fact, I would say that the team at TT Fusion have knocked the humor up a few notches since nary a moment goes by in Undercover without a pun, parody, joke, or visual gag. Although during my time with the game I began to wonder who is this game for, kids or Adults? Truth be told, it’s a little of both.

It should come as no surprise that LEGO City Undercover borrows heavily from a little known series of games called Grand Theft Auto. While Undercover borrows some mechanics here and there the best thing that TT Fusion borrowed from the open-world smiths at Rockstar Games is their sense of humor. The story found in Undercover is intentionally cliché. You play as Chase McCain, a good cop who just got back in town to re-capture the dastardly Rex Fury. Fury has escaped from prison and the Mayor has asked that you apprehend Rex at all costs. But It’s not going to be easy if the moody doughnut scarfing Chief Dunby has anything to say about it. From this basic premise Chase embarks on a case rife with parody and adventure. In Undercover there are references to hundreds of cop drama or explosion filled action movies. Dirty Harry, Starsky and Hutch, even The Shawshank Redemption are all parodied in a game that would make Weird Al Yankovic proud. The game’s single player story spans about 12.5 hours, but this being a LEGO game, finishing the story is just the tip of the iceberg. As an example, after finishing my game completion percentage was only a meager 17.9%. As expected there’s an incredible amount of stuff to find, collect, and unlock. This is the point where the world of LEGO games and other open world videogames collide and co-exist in a wonderful bit brick built harmony. Speaking of bricks, isn’t smashing bricks the best part of LEGO games? If you agree then that skill will serve you exceptionally well in Undercover. There are puzzles but most of them can be solved by simply smashing everything in the area and seeing what falls out. It’s not a groundbreaking formula, especially for this series, but it does remain fun throughout the game because the only thing better than building things with LEGO is destroying them. One way that the gameplay does evolve over the course of the adventure is by the acquisition of different costumes. Throughout the adventure players will unlock various costumes with specific tools and abilities. One of the earlier costumes is the “Criminal” outfit which aside from the suspicious mask and toque comes with a handy dandy crowbar, perfect for those pesky locked doors. I’d go into more detail but I run the risk of spoiling things and part of the fun was waiting to discover which costume I might get next. There are eight costumes in total and each will allow you to access areas that were out of reach or off limits before you suited up. I found the costumes to be very complimentary, and never really found myself gravitating to just one or another, it’s more of a right tool for the right job kind of scenario.

These days you would be very hard pressed to find a gamer who hasn’t played an open world game. There’s GTA, of course, but open world adventure can be found in popular series like Assassin’s Creed, Elder Scrolls, Far Cry, or Sleeping Dogs. Okay, Sleeping Dogs isn’t that popular, but it certainly should be dammit! But I digress. The point is, there are certain elements that are found in open world games that make them work and unfortunately there’s some odd omissions in Undercover that, once noticed, become too big to ignore. First of all there’s the load times. Yes, typically open world games feature some longer than usual load times. We’ve seen this many times in GTA and more recently in Assassin’s Creed 3 so it’s not unexpected. The difference is that Assassin’s Creed and GTA aren’t geared towards children and in my experience children have very short attention spans. If I can’t sit through a loading screen without checking my phone to see what’s up on Twitter, what chance does a ten year old stand? I feel that Undercover’s long load screens have the potential to turn younger gamers off. Also, the Wii U is supposed to be our first representation of what the “next-generation” of consoles will be like. At this 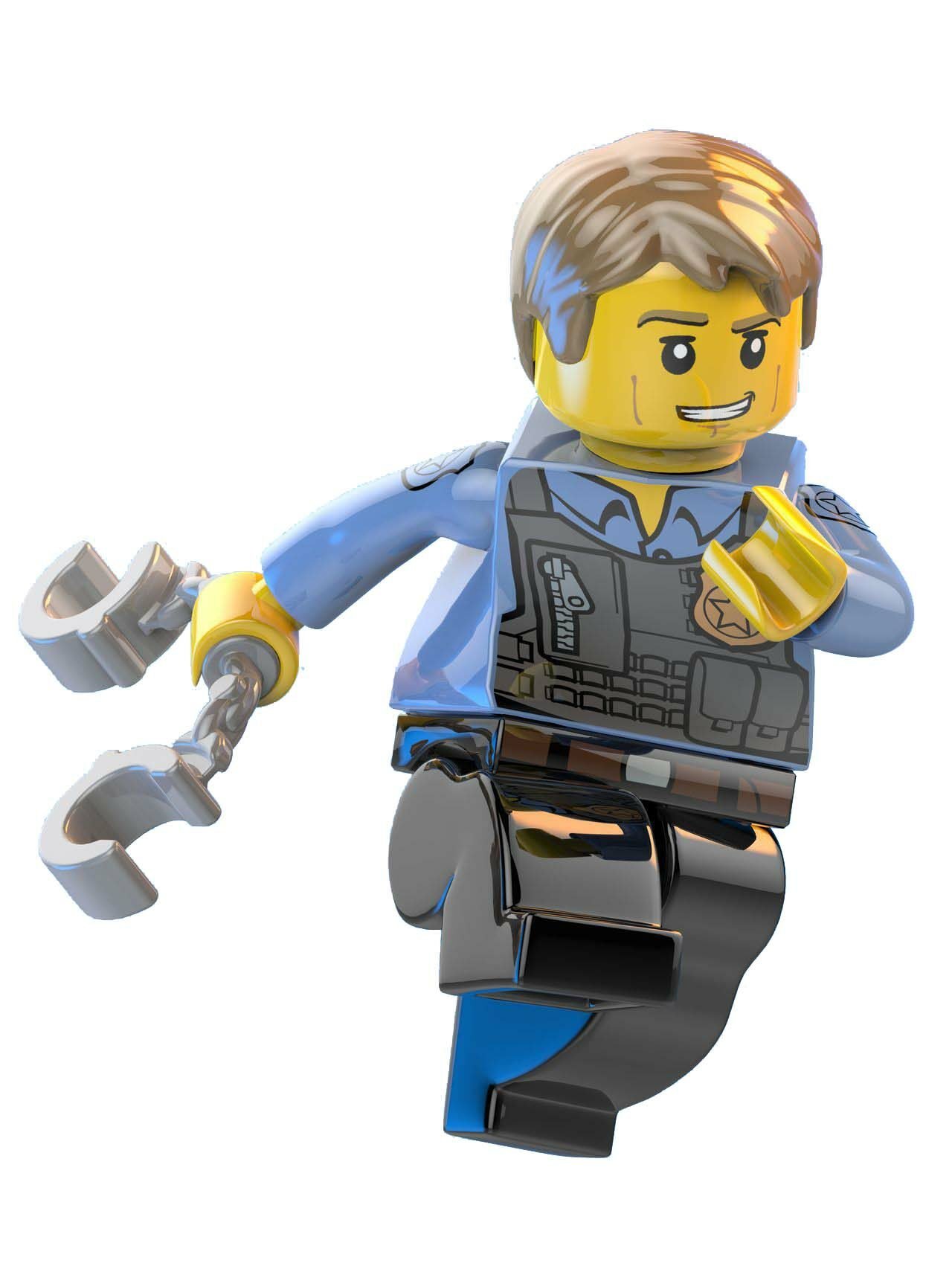 rate no matter how far we advance gaming technology it seems that the human race is forever doomed to stare at a screen that says “Loading…” Getting back to the game, the main problem with the loading screens is that they pull you right out of the experience. During the game’s climax I was playing a particularly exciting part when all of a sudden the screen went blank and my old friend the loading screen popped up. What did it load? A five second cut scene before it cut back again to the loading screen a second time. This just ruined the pacing for me and completely flat-lined the excitement I was feeling. I understand it’s a technical necessity, but it totally ruined my adrenalin rush. Another glaring omission from Undercover was almost too much to bare, the lack of a radio. In open world games you will often spend quite a bit of time traveling from point A to point B. This task is made much easier when you have some tunes to listen to but since the vehicles in Undercover have no radio it’s a pretty silent ride through the countryside. Don’t get me wrong there is original and licensed music in Undercover but they’re used quite sparingly and reserved for dramatic or excitement purposes during the story. I wouldn’t expect open world games like Far Cry, Skyrim or Assassin’s Creed III to have music playing as I ride my horse or skulk around the jungle but they’re not set in a modern city with vehicles everywhere. I feel that the omission of vehicular radio was a cost cutting measure on the part of TT Fusion. Licensed music can be a huge expense for game developers so it’s somewhat understandable but I will say that when you’re driving around without music, the silence can be almost as obnoxious.

Fun for the whole family… just not at the same time.

Despite its failings as a well made open world game, Undercover is still a good amount of fun to play. Like I said the costumes keep the gameplay evolving and the story is full of references that both kids and adults will enjoy. Undercover makes excellent use of the Wii U’s touch pad by allowing you to communicate with NPCs, snap pictures and even features some augmented reality tools. Since this is my first review of a Wii U title I have to say that Undercover sets the bar pretty high and is pretty much what a Wii U game should be. Being fun for gamers of all ages is one of the main strengths of LEGO games and this one is no exception which makes it so shocking that in this LEGO title there is no co-op. LEGO City Undercover is a completely single player experience which I think is a missed opportunity. TT Fusion could have at least added some side mission that were based around co-op or maybe a second player could take control of the lovably bumbling Frank Honey. The lack of cooperative play is a real missed opportunity and in my opinion goes against one of the key elements that have made the LEGO games successful up to this point. That said if you are a gamer that likes playing alone than you’ll probably enjoy Undercover unless you really like to be challenged because there’s not much of that either. I wouldn’t say the game is easy but it has pretty shallow learning curve and the combat involves nothing more than a button press or two. The most challenging part is simply keeping you vehicle upright during car chases. Who knew that LEGO vehicles flipped easier than EA’s return policy?

LEGO City Undercover really is the culmination of where the LEGO series of games have been heading over the last eight years.
REVIEW SCORE
8
File Under: LEGO, Nintendo, Nintendo Wii U, Open World