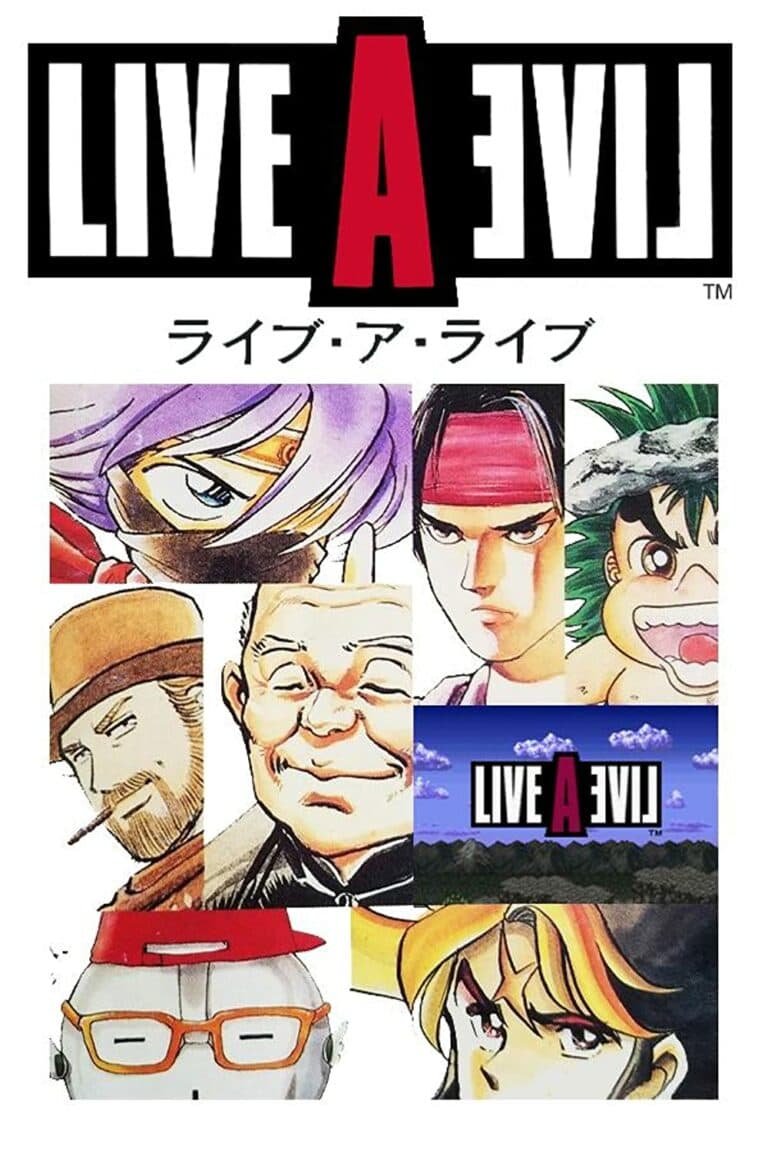 Developed by Square Enix and Historia, the remake of Live A Live is the first official release of the 28-year-old game outside of Japan. The original release was sandwiched in between Final Fantasy VI and Chrono Trigger, and it sold comparatively poorly. Which is a shame, because after playing Live A Live for the first time, I think it’s one of the best JRPGs I’ve played in quite some time.

Live A Live’s structure is unique, in that there isn’t a continuous narrative at first glance. Instead, you can choose between one of seven chapters in any order, each of which is set in its own time period with its own cast. Ranging from Prehistory to the Far Future, each chapter can be as short as an hour or as long as three. Once all seven chapters are completed, additional chapters are unlocked that tie together the various narratives into one cohesive story.

The result is that the first half of the game is carried by the strength of each individual story. Fortunately, most are engrossing. The exception for me was the Near Future chapter, where you play as a psychic pursuing a biker gang before quickly dovetailing into a much larger conspiracy, and it was merely good in comparison to everything else. I adored Cube, the hero of the Far Future chapter, and found myself growing attached to the Sundown Kid in the Wild West chapter even if it is riddled in Western clichés.

What’s more, each chapter has its own gimmick that separates it from the others. For example, the Twilight of Edo Japan chapter lets the ninja Oboromaru hide from enemies in order to infiltrate a castle, granting you the opportunity to kill as few or as many people as you desire. In Imperial China, the aging master of a martial arts school can impart skills and techniques to his disciples depending on how you fight them in mock battles.

“Live A Live is great, and you should play it.”

In Prehistory, equipment can only be gained by combining items to make new combinations. And the Present Day chapter is structured like a martial arts tournament, and is composed entirely of boss battles, making it similar to a fighting game. These changes are small in the grand scheme of Live A Live, but they prevent the gameplay from feeling tiresome.

The battles themselves take place on a grid, where you can move characters around to position them for attacks. Move a character one space or perform an action and all other characters on the field gain time on their charge gauge, which lets them act. Skills come in multiple different types, and most are gained through levelling up unless a chapter contains a new progression mechanic.

Exploiting the weaknesses of enemies while keeping in mind their charge gauge is the core to combat. This is fairly standard JRPG combat, but the aforementioned mechanical differences between the characters and chapters do much to elevate it. Battles are similar across chapters, but the amount of battles you fight in a given chapter can vary.

All of this comes to a head in the second half of Live A Live. Without going into detail, the final chapters of the game break the mould of everything you’ve played up to that point, creating a satisfying conclusion to what was a series of disparate stories. If the original seven chapters are cliché at times, the latter half continually surprises at each turn.

This is furthered by how great of a remake Live A Live is. Using the HD-2D style found in the likes of Octopath Traveler, each chapter is brought to life with gorgeous pixel art and a rearranged soundtrack. The setting and music, more so than the gameplay, make each chapter stand out and feel like its own game. The art itself is fantastic, and in my view is the best version of the HD-2D style I’ve seen yet. Playing Live A Live for the first time meant that this was my first exposure to Yoko Shimomura’s excellent soundtrack, and her rearrangement is nothing short of exemplary.

In preparing to write this review, I’ve debated if Live A Live was a truly great game, or if it was merely very good. The difference may seem inconsequential, but greatness to me implies that something is truly transcendental. That for whatever faults it may have, it overcomes them to create a game that should be played.

And through its compelling storylines and characters, particularly its amazing last acts, and battles that subtly twist standard turn-based combat to create continually engaging gameplay, Live A Live manages to do just that. It’s a classic that feels fresh because it stands apart from so many of its contemporaries in design, helped by an excellent remake that reinvigorates both the graphics and the music. Live A Live is great, and you should play it.

It’s been 28 years, but Live A Live finally gets its proper dues outside of Japan with an excellent remake.
REVIEW SCORE
9
Buy On Amazon
File Under: JRPG, Nintendo Switch